Why Now Is Not the Time To Pay Off Your Mortgage Early, According To Experts 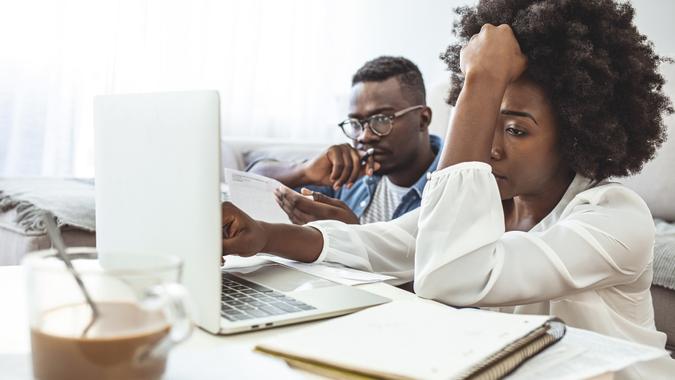 In most cases, paying off debts early is a smart financial idea, as you’ll save money on interest owed. But when it comes to a mortgage, this isn’t always the case — in some cases, you may be penalized and end up paying more if you pay this debt off before the full mortgage term. Plus, there are other reasons why it may not make financial sense for you to pay off a mortgage early.

Find Out: States With the Highest Property Taxes
Read: 10 Common Mortgage Mistakes That Hurt Your Finances

Here’s why it might not pay to pay off your mortgage early.

Your Interest Rate Is Lower Than the Rate of Inflation

“With inflation at the highest level we’ve seen since 1982, it’s time to dust off the inflation playbook,” said Gary Zimmerman, CEO at MaxMyInterest. “In a high inflationary environment, the nominal value of your house goes up, the nominal amount of debt (your mortgage) stays flat, but the real value of that debt goes down, and, as a result, the equity in your house increases. Owning real property, such as a house, coupled with a low-interest rate mortgage, tends to be a good way to hedge against, or even beat, inflation.”

Zimmerman notes that this rule of thumb only applies if your interest rate is lower than the inflation rate — which will be the case for many borrowers right now.

“A prime borrower who locked in a mortgage over the past few years is likely to have an interest rate that’s significantly lower than the current pace of inflation,” he said. “As a result, most people should not pre-pay their mortgage. In fact, more affluent borrowers might consider increasing the size of their mortgage to take advantage of low-cost funds and magnify the benefits of inflation.”

Discover: The Cost To Own a 3-Bedroom Home in Every State

“A con of paying off your mortgage early is that the payments are higher and may crowd out other investments — for instance, contributing to a retirement plan or funding a child’s college fund,” said Robert R. Johnson, Ph.D., CFA, professor of finance at Heider College of Business, Creighton University. “Some borrowers mistakenly view the purchase of a home as their chief investment. If mortgage payments are so large as a percentage of monthly income that people can’t adequately fund their retirement account or a child’s college education account, then it may be wise to simply pay your mortgage over the normal term of the loan.”

Investing in the stock market may also be a better use of your funds than paying your mortgage off early.

“Noble laureate economist and Yale professor Robert Shiller makes a compelling case that real estate, particularly residential homes, is a much inferior investment when compared to stocks,” Johnson said. “Shiller finds that on an inflation-adjusted basis, the average home price has increased only 0.6% annually over the past 100 years. Contrast that with the stock market. According to data compiled by Ibbotson Associates, the average return on the S&P 500 has been approximately 10% while inflation has averaged around 3%. The inflation-adjusted return of the stock market over the past 90 years has been approximately 7%.”

Take a Look: Here’s How Much Mortgage Rates Have Fluctuated Over the Past Decade

You Have Debt With Higher Interest Rates

“Although a mortgage is often the largest debt in the household, it usually has one of the lowest [interest] rates and a rate below what can be earned on that money,” said Doug Perry, strategic financing advisor at Real Estate Bees.

Instead, you’d be better off paying off your highest interest rate debt first, which is often unsecured debt such as credit card debt and personal loans, Perry said.

You Don’t Have an Emergency Fund

Paying off your mortgage early may give you peace of mind, but it should never be prioritized over building up an emergency fund.

“Once you pay off debt or pay down debt, you now have more equity but less in available cash when needed,” said Dr. David Phelps, real estate investor and founder and CEO of Freedom Founders. “There is safety in cash and cash flow. Equity also provides a level of safety, but cash flow is the oxygen that maintains your business or personal revenue needs. Equity by itself cannot do that.”

Read: Strategies To Pay Off Your Mortgage Earlier

Your Mortgage Has an Early Payoff Penalty

“While early payoff penalties for mortgages are not very common, they do exist,” said Tolen Teigen, CFA, CFP, chief investment officer at FinDec. “You would have to look at what the penalty is and the interest rate on the penalty, and weigh the interest rate you’d be paying with the penalty versus anything else you have debt-wise.”