When the Fourth National Climate Assessment was released on Black Friday, it presented a pretty grim outlook on the economic impacts of climate change. With the future bringing everything from longer, more intense droughts to more frequent and severe hurricanes, the report suggested that climate change could ultimately cost different sectors of the economy hundreds of billions of dollars a year by the end of this century.

However, the assessment paints a very broad picture and doesn’t necessarily make it clear as to how the average consumer will be affected. After all, sea level rise can be pretty abstract if you’re living in Oklahoma, potentially prompting some to overlook its importance to their wallet. But don’t be fooled: global warming is already costing you money and will only cost you more over time. Here’s a closer look at how climate change could potentially impact your finances.

1. Your Tax Dollars Are Already Paying For It

A September 2017 report from the U.S. Government Accountability Office (GAO) revealed that the Office of Management and Budget had placed the estimated cost to American taxpayers over the last decade at $350 billion, or $35 billion a year. Or, to put it another way, about the entire budget for the state of New Jersey. That might not see its way onto your tax bill directly, but that doesn’t mean it’s not costing you indirectly in the form of increased deficits and long-term costs that could lead to higher taxes.

Discover: US Counties Where Global Climate Change Will Cost the Most

Even if it’s not happening in a way you’ve noticed, you’re already paying more at the grocery store and those bills will continue to rise. Scientists with the Intergovernmental Panel on Climate Change (IPCC) estimated that crop yields worldwide could fall by as much as 25 percent from 2030 to 2049, prompting increases in food prices that could reach as high as 84 percent.

Not only are you paying more, but you’re probably earning less and will continue to do so. A study from researchers at the University of California, Berkeley from 2015 projected that the average person should expect to lose about a quarter of their income to the costs of climate change by 2100. And for younger workers — who have the threat of climate change looming over more of their earning years — that looks to be especially pronounced. The millennial generation as a whole is expected to lose nearly $8.8 trillion in lifetime income due to global warming, according to a study from NextGen Climate and Demos.

It’s hard to precisely measure just what the costs of climate change are in terms of the frequency and severity of natural disasters. After all, there would be hurricanes and wildfires regardless of climate change. However, going back to 1980, the frequency of weather-related events that cause $1 billion or more in damages has increased dramatically, with a total cost of those disasters reaching $1.1 trillion. Worse-case-scenario, this could mean a complete loss of your home, but even the average costs can run into tens of thousands of dollars to repair things like fire damage or a flooded basement. And even if you’re lucky enough to escape the worst damage, the odds are good your insurance bill will reflect the increased risks with higher costs to you.

If you haven’t factored the cost of climate change into your thinking about your investment portfolio, there’s plenty of reason to think that could already be costing you and will only hurt your returns in the future. There’s been a lot of speculation recently about “stranded assets,” i.e. fossil fuel reserves appearing on the balance sheets of major companies as assets that are most likely never going to end up on the open market because necessary policy changes by governments will block them from being accessed. The Carbon Tracker Initiative estimates that up to 80 percent of reserves held by public companies are effectively “unburnable,” while Kepler Cheuvreux pegged the value of lost fossil fuel revenues attributable to climate change at a stunning $28 trillion that will not go up in smoke, as it were.

Do You Know? 10 Low-Risk Ways to Invest Your Money

Meanwhile, a recent survey by the UK Sustainable Investment and Finance Association and the Climate Change Collaboration revealed that some 89 percent of fund managers think climate change will “significantly” impact the valuation of oil companies within the next five years. So, if you’re not factoring in the long-term financial impact of climate change to companies from across the spectrum — not just energy producers — it’s entirely possible that your returns could disappoint in the years and decades to come.

Click through to read more about the financial impact of climate change will cost each state. 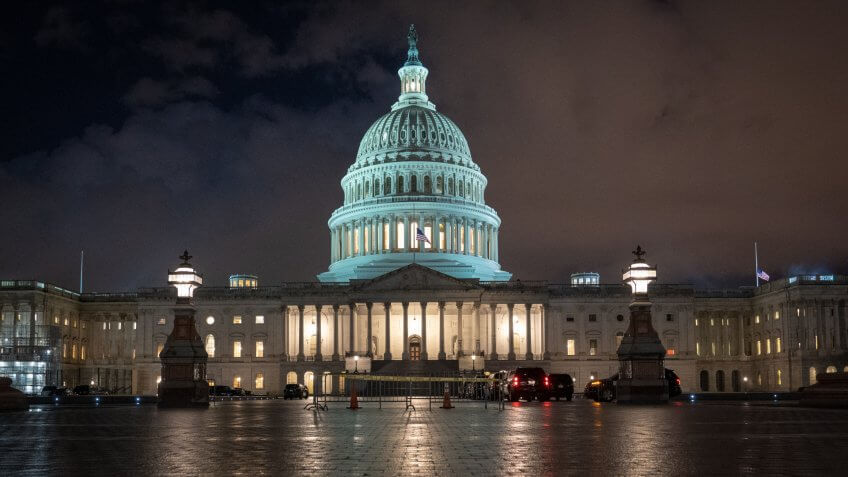 As the Shutdown Drags On, One Federal Employee Reveals His Real-Life

The shutdown could cause financial struggles for some.