30 Million Seniors Haven’t Received Their Stimulus Check, According To Lawmakers 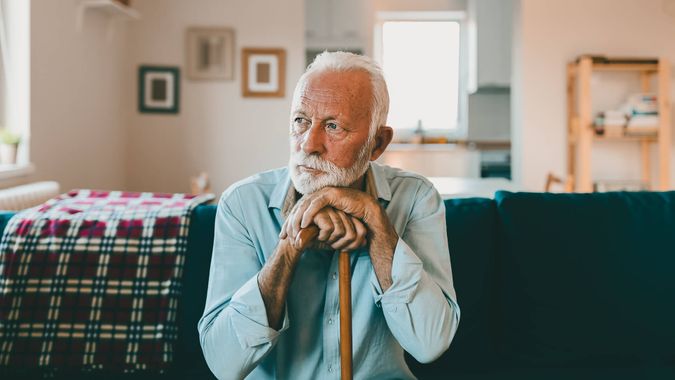 See: If You Get a Stimulus Check, What Will You Do With It? Take Our Poll
Find: New Round of Stimulus Checks Out Wednesday — What If You’re Still Waiting On Yours?

Earlier this week, the IRS reported that it had already distributed more than $242 billion in stimulus funds, according to CNBC. Another round of payments went out this Wednesday.

See: Are You Sure You’re Getting a Stimulus Check? 16 Million Americans Won’t Get a Third One
Find: A Fourth Stimulus Check Might Be on the Way

The Ways & Means Committee confirmed that the IRS has delivered approximately 90 million payments, but many Americans living on fixed incomes who could benefit the most from the stimulus have been left behind. In a letter dated March 22, the representatives gave the IRS and the SSA a deadline of Friday, March 26 to provide a status update on these payments.

The letter stated that the IRS had asked the SSA in February, two weeks prior to President Joe Biden signing the American Rescue Plan into law, to begin sending key payment information for Americans who did not have to file taxes in 2019. In a press release, the Ways & Means Committee reported that the SSA sent information to the IRS on Thursday.

“We are gratified that the SSA leadership finally recognized the urgency of the moment and acted swiftly on our ultimatum,” said Reps. Neal, Larson, Pascrell and Davis in a statement, adding that the “IRS must now take quick action to deliver.”

See: Could Wall Street Get a Boost from Stimulus Checks on the Way?
Find: Suze Orman — Don’t Spend or Invest Your Stimulus — Do This Instead

Saul issued a statement via an SSA blog post Thursday stating that the agency had not been authorized to “substantively engage Treasury or IRS prior to the ARP’s [American Rescue Plan’s] passage.” Saul noted that the SSA previously had appealed to the Trump administration and Congress to allow it to send the necessary files to the IRS that would allow it to identify SSI recipients.

Be Wary of Scams, Experts Warn

Americans curious about the status of their stimulus payment can check the Get My Payment website, although if the payment hasn’t yet been processed, they may be receive a “Payment Status Not Available” message. Those who see this message have no way of knowing if they are receiving a payment or not, CBS News reported.

Additionally, AccountingToday warns seniors to be wary of scammers who may try to steal their stimulus payments or other funds by claiming to be the IRS and asking for sensitive information, such as bank account numbers or Social Security numbers.

“[T]he message to the general public is that they will not be contacted by the IRS, either by a phone call or emails or texts,” Jim Guarino, a managing principal at Baker Newman Noyes, told AccountingToday.