Struggling to make ends meet on a low salary can be as frustrating as it is difficult. In fact, without the money to build an emergency fund, a good place to buy necessities on the cheap or the option to buy a decent house, you might find yourself spending more money on basic costs than your wealthier counterparts. Where you’re living can play a big role in your ability to stretch your budget to fit your life.

So, the residents of Pennsylvania, West Virginia and Vermont who are in the lowest-income groups have an easier time, on average, than people on low salaries in Hawaii, Oregon or Colorado. At least, that’s what the results of a recent study from GOBankingRates indicate. 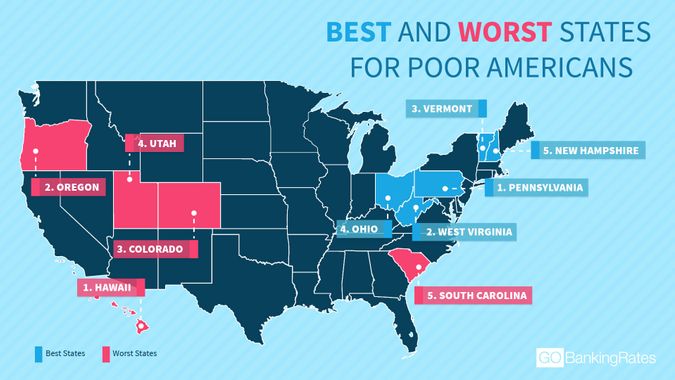 The GOBankingRates study examined eight different data pieces relevant to working-class and lower-income residents, scoring all 50 states in each category. Those scores were then combined to form a cumulative ranking. The factors in the study include: median list price for homes, the average monthly mortgage bill, cost of living, state income taxes on incomes below the national median, the income for people in the bottom 20 percent of earners, the state’s per capita spending on public welfare, property crime rates and the average ACT score for the state.

All told, the study’s results provide an overview of how the local economy, public education system and state government all combine together to create an environment for the less financially fortunate.

Don’t Miss: Best and Worst States for the Middle Class

Here’s a look at all 50 states and how they ranked:

Did You Know? These 19 Metro Areas Have the Biggest Wealth Gaps, Study Finds

The scores of two states in the middle of the pack are also interesting. Overall, Massachusetts ranks No. 28 and New York ranks No. 21, but both states finished among the top or bottom five in almost every category. However, New York has the seventh-highest state income tax rates on lower incomes while Massachusetts places lower. Aside from that, both states feature very high home prices, cost of living and per capita spending on public welfare, as well as low property crime rates.

The study also revealed some interesting trends. For example, there’s a perfect correlation between cost of living and the income levels for the bottom fifth of earners, with the states ranking identically for those two categories. On the one hand, it shouldn’t come as a shock that the cost of goods is driven — at least in part — by what people in the area can afford. Still, it’s a little surprising that results are consistent across the board.

Click through to see the best and worst states to be rich in America.

More on the Economy:

Methodology: GOBankingRates determined the best and worst states to be in the lower-income tax bracket by using eight different factors and scoring them in order to reach a cumulative ranking from 1-50 for each state. The factors used were: 1) monthly mortgage, 2) median home list price, 3) cost of living, 4) individual state income tax percentage for those earning less than the national median income, 5) income for people in the bottom 20 percent of earners, 6) state spending per capita on public welfare, 7) property crime rate per 100,000 people and 8) average ACT score. 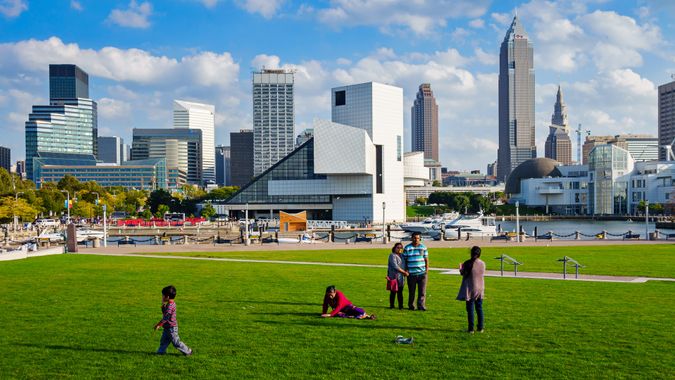 These Cities Are Getting Poorer — But Are They Affordable to

See whether these cities are actually affordable to live in.

> Money > Economy > Your Salary Will Stretch The Furthest in These Key States, Study Finds