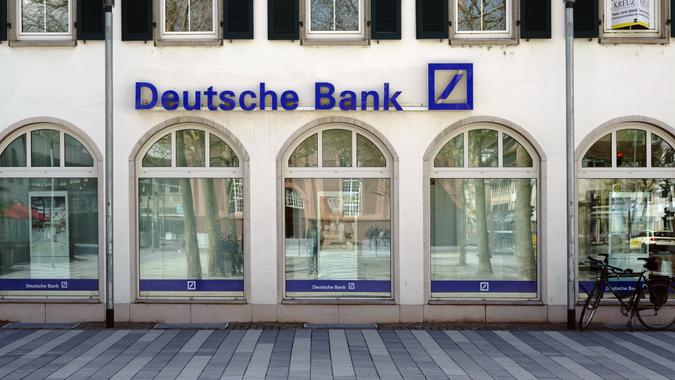 Deutsche Bank, which earlier this month became the first major bank to forecast a U.S. recession, offered more grim news on Tuesday when it said a “deep recession” will be needed to bring inflation down to the level targeted by the Federal Reserve.

See: The Current Inflation Rate Is Scary, but Not as Scary as It Was Before
Find: How To Inflation-Proof Your Emergency Savings Fund

That assessment was included in a report — titled “Why the Coming Recession Will be Worse than Expected — sent by Deutsche Bank economists to clients, CNN Business reported.

The bank pointed to the Fed’s goal of bringing inflation down to 2% from its most recent rate of 8.5%, the highest in 40 years. To reach that goal, the Fed will have to raise rates so aggressively that the economy will be badly damaged, according to Deutsche Bank.

“We regard it…as highly likely that the Fed will have to step on the brakes even more firmly, and a deep recession will be needed to bring inflation to heel,” Deutsche Bank economists wrote in the report.

Deutsche Bank bases its case on the relationship between inflation and unemployment. While consumer prices spiked by 8.5% in March, the U.S. job market is so strong right now that the unemployment rate will soon drop to its lowest level in 70 years, according to recent projections from Moody’s Analytics.

Deutsche Bank created an index that tracks the gap between inflation and unemployment over the past 60 years. According to that index, the Fed currently is “much further behind the curve” than at any point since the early 1980s, when skyrocketing inflation forced the central bank to raise interest rates to record highs, pummeling the economy.

The Fed has “never been able to correct” gaps between inflation and employment “without pushing the economy into a significant recession,” Deutsche Bank said. “Something stronger than a mild recession will be needed to do the job.”

It might be another couple of years before the economy rebounds, Deutsche Bank added.

But as CNN Business noted, not all banks are as bearish on the economy as Deutsche Bank. In a report last week, Goldman Sachs economists said that while it will be “very challenging” to bring down high inflation and wage growth, a recession is “not inevitable.”

“We do not need a recession but probably do need growth to slow to a somewhat below-potential pace, a path that raises recession risk,” Goldman Sachs economists wrote.

POLL: Do You Think States Should Suspend Their Gas Taxes?
Find: How High of a Pay Raise You Need To Fight Inflation — And How To Ask For It

A similar view was expressed in a Monday note from Mark Haefele, chief investment officer at UBS Global Wealth Management. He wrote that “inflation should ease from current levels, and we do not expect a recession from rising interest rates.”