Economic Indicators (and Which Matter for a Recession) 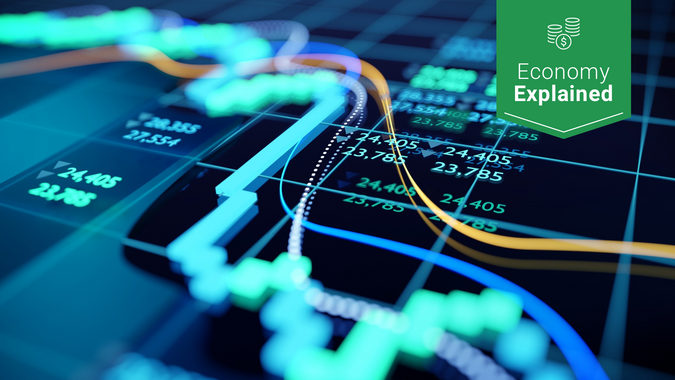 The National Bureau of Economic Research (NBER) defines a recession as “a significant decline in economic activity spread across the economy, lasting more than a few months.” The decline would normally be visible in real GDP, real income, employment, industrial production, and wholesale-retail sales.

Economists rely on economic indicators to reveal when all those things are happening at the same time — which they are right now or will be soon, according to some analysts.

Economic Indicators Can Help You Predict and Prepare

Economic indicators are data sets that help analysts and investors understand what has happened or what might happen in some segment of the economy.

Economists rely on many economic indicators to predict recessions. The following are the most important of the bunch.

No formula for predicting recessions is foolproof, but historically speaking, the yield curve has a better track record than all the rest, according to Forbes.

That only happens when the market is pessimistic about the economy’s long-term prospects. When it does, it’s called an inverted yield curve because the graphs that illustrate changing interest rates slope downward instead of upward.

Rising unemployment is one of the classic hallmarks of a recession. That’s because recession perpetuates unemployment and vice versa.

When a recession sets in, unemployment rises as demand and output decrease. With fewer businesses hiring, more and more unemployed people have to compete for fewer and fewer jobs, which keeps them out of work longer and with less money to spend. As they spend less, demand for products and services falls, which forces businesses to lay off even more workers, and the cycle continues.

According to the St. Louis Fed, the Sahm Rule Recession Indicator signals the start of a recession when the three-month moving average of the national unemployment rate rises by 0.50 percentage points or more relative to its low during the previous 12 months.

According to Forbes, two consecutive quarters of declining GDP has been the “common standard” for the start of a recession since economist Julius Shiskin coined the rule in 1974. A healthy economy steadily expands, and while one bad quarter can be a fluke, two straight quarters of declining productivity indicates a serious underlying problem.

In April, the country learned that the national GDP fell by 1.4% in the first quarter of the year — a bad sign considering the backdrop of rising inflation, high gas prices and a battered stock market. If the next quarter delivers more of the same, the Shiskin rule will answer the question of whether or not America is in a recession.

When things are going well and people are optimistic about the economy’s long-term prospects, consumers are more likely to make expensive big-ticket purchases. Similarly, businesses are more likely to invest in durable goods like machines, vehicles and computer technology when the economy is expanding and business is booming.

The Bureau of Economic Analysis (BEA) tracks consumer spending, which just might be the most reliable economic indicator of them all. Consumer spending, after all, impacts virtually every element of a recession, including: