How To Tell If the US Economy Is Actually Improving 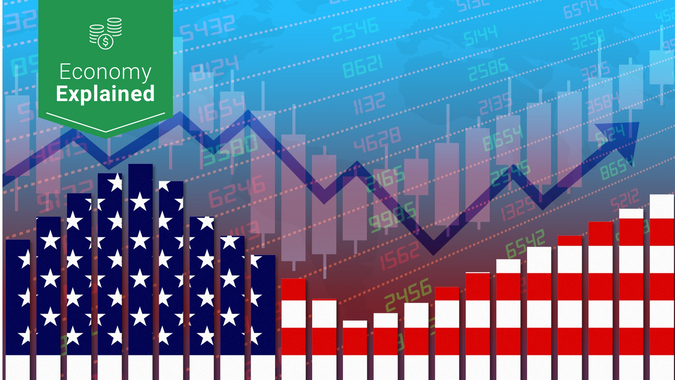 The U.S. economy is a $22.72 trillion juggernaut — the most complex economic beast in the history of the world. Nothing about it is simple, including the seemingly simple task of determining if the economy is improving or not in the wake of the pandemic. But just a handful of key economic indicators can give economists and laypeople alike an idea of whether or not things are moving in the right direction. These are the economic indicators to watch.

The Economy and Your Money: All You Need To Know
Find Out: What To Expect From an Economic Boom

The Importance of the US GDP

Gross domestic product (GDP) is the yardstick that measures economic growth. Perhaps the most important of all the economic indicators, GDP represents the combined market value of all finished goods and services produced within a specific geographic region — in this case, the United States — in a certain period of time. GDP serves as an economy’s report card. When the GDP is growing, businesses and employees alike generally do better. When it’s stagnant or receding, the economy is contracting and headed toward a recession.

In the second quarter of 2021, the U.S. GDP grew, but at a disappointing rate, according to CNBC. The Commerce Department reported growth of 6.5%, well below the Dow Jones estimate of 8.4%.

Related: National Debt and Deficit — How Does It Affect Me?
More: What Is Inflation and What Does It Mean When It Goes Up or Down?

Like the GDP, the unemployment rate is one of the most important lagging economic indicators. It represents the percentage of the labor force that is not currently employed, although the definition of “labor force” is controversial.

The unemployment rate has fallen steadily — that’s a good thing — from 10.2% in July 2020 to 5.4% in July 2021, according to the Bureau of Labor Statistics. According to Reuters, U.S. employers hired the most workers in July than they had in almost a year. Wages continue to rise as unemployment continues to fall, which injects more money from more workers into a rebounding economy.

Find Out: How To Calculate Your Debt-to-Income Ratio
Read: Understanding US Productivity and All the Ways It Affects You

The Consumer Price Index Helps Measure the Rate of Inflation

The consumer price index (CPI) tallies the average change over time of specific “baskets” of consumer goods. Economists use it to measure the rate of inflation. Runaway inflation is always bad, but some inflation can be a sign of an economy on the mend. When businesses expand and hire more workers, unemployment falls, more people have more money and consumer confidence rises. Consumers then spend more money and buy more things, which sends demand — and prices — up.

By the spring, however, economists and average people alike were getting nervous as the price of everything from gasoline to groceries was rising with no end in sight — but those fears might now be starting to subside. Consumer prices are at a 13-year high, but the most recent CPI report shows that prices are rising more slowly, which indicates that inflation might have peaked, according to Reuters.

Explained: All About Cost of Living & How It’s Calculated
Find Out: What Is Adjusted Gross Income?

The Stock Market Can Be Misleading, but Can Mean a Lot

The stock market is a leading economic indicator that reflects on overall economic activity, how investors feel about the economy and the profitability of corporations. A bull market can be misleading, but generally, the stock market enjoys sustained periods of growth when businesses are profitable, when unemployment is low, when GDP is up, when consumers are confident and spending money and when the economy is strong.