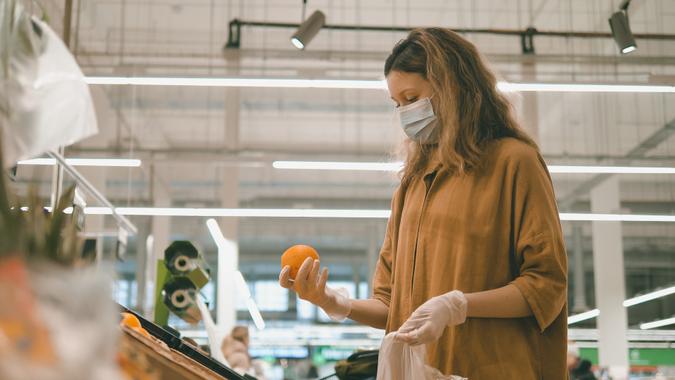 The Biden administration is giving the food stamp program a major facelift. Beginning in October, average benefits will rise more than 25% from pre-pandemic levels, making it the largest permanent increase to benefits in the program’s history, according to The New York Times.

Fact Check: No, There Isn’t A $7K Stimulus Coming This Week
Take Our Poll: Are You Actually Spending Your Child Tax Credit Payment?

Formally known as the Supplemental Nutritional Assistance Program, the food stamp program feeds 42 million people, or one in eight Americans. Over the past decade, critics have said that benefits were too low to provide an adequate diet and were based on outdated information. The Times reports that more than three-quarters of households drain benefits during the first half of the monthly cycle. Researchers have linked this shortage to other problems such as increased hospital admissions, school suspensions and lower SAT scores.

Before the pandemic, the program provided monthly benefits of $121 per person. Under the new rule, that amount will rise by $36. Agriculture secretary Tom Vilsack said that in the middle of disease, hardship and racial disparities, the $79 billion annual cost of the program helps “stabilize our democracy.”

Food stamp benefits are calculated based on income and the number and age of people in a household, according to Bloomberg. The new maximum benefit for a family of four will increase to $835 a month. Food stamp recipients are expected to spend 30% of their net income on food, which can only be used to purchase groceries.

See: Workers Fired for Being Unvaccinated May Not Be Able to Collect Unemployment Benefits
Find: Majority of Americans Will Not Receive Their Maximum Social Security Benefits

Without this update, food stamp benefits would have dropped in October. Pandemic relief legislation gave a temporary 15% boost to benefits with an expiration date of September 30, Bloomberg pointed out. According to The Times, congressional approval is not required and these changes are here to stay.