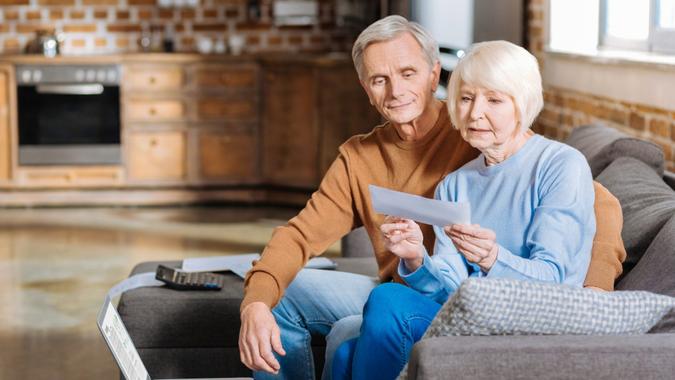 The Senior Citizens League, a nonpartisan senior advocacy group, is estimating that seniors might be in for the largest annual Social Security cost of living adjustment in nearly four decades next year.

See: How COVID-19 Changed Retirement for Everyone
Find: All You Need To Know About Collecting Social Security While Still Working

Based on the July Consumer Price Index report released Wednesday by the Bureau of Labor Statistics, the advocacy group believes that an adjustment of 6.2% will be necessary. The July CPI report showed another consecutive month of increasing prices, representing an overall 5.2% increase in prices over the last 12 months.

This increase could be one of the highest upwards adjustments in the cost of living for social security in nearly 4o years. In a press release, Mary Johnson, a Social Security policy analyst for the Senior Citizens League stated that “the estimate is significant because the COLA is based on the average of July, August and September CI data … with one-third of the data needed to calculate the COLA already in, it increasingly appears that the COLA for 2022 will be the highest-paid since 1983 when it was 7.4%.”

In a new survey by the Senior Citizens League, 34% of respondents claimed they were forced to spend their emergency savings during the coronavirus pandemic. Another 19% had to draw down on retirement account investments, while 19% had also visited a food pantry or applied for SNAP benefits during the pandemic. Ten percent even had to re-enter the workforce and look for some kind of supplemental income. Another 10% had to apply for assistance for basic needs like heating and cooling.

See: Will the Average Age of Retirement for Senior Citizens Increase Due to Inflation?
Find: Best Senior Discounts at Restaurants: Never Pay Full Price for a Meal Again

As the law currently stands, social security increases take into account gasoline prices based on the consumer price index. Gas has been on a steep increase this past year and is accounting for a large portion of the 6% COLA increase. The League highlights that overall, the prices of gasoline have actually decreased over the past 12 years, stressing that this index is not necessarily the most beneficial gauge of senior spending habits. Gasoline prices tend to more greatly affect younger, working-age citizens. Those higher in age spend more on housing and medical costs and an index focused on this would benefit them more so in the long run, they state.