The Most Expensive Places to Live in the US 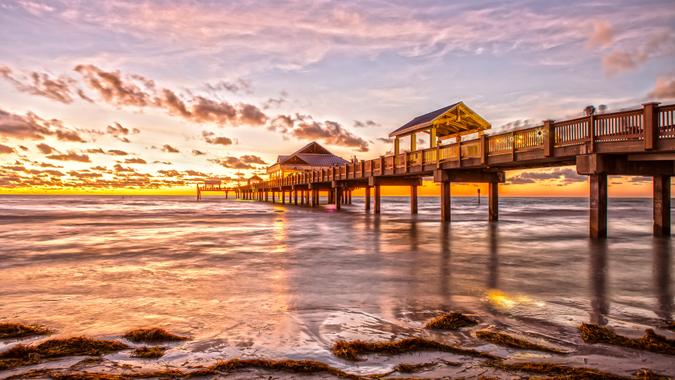 The Bureau of Labor Statistics released data on inflation for the month of March, and it shows some clear regional differences. The region with the highest increase in its Consumer Price Index was Tampa-St. Petersburg-Clearwater in Florida, which posted annual inflation of 4.9% between 2020 and 2021. This region includes Belleair Shores, number 23 on our list of the 30 most expensive communities in the United States.

Find Out: Most and Least Expensive States for Household Bills
Learn More: The Upper Class Has Taken Over These 15 Cities

San Diego-Carlsbad, in California, had the second-highest rate of annual inflation at 4.1%. None of the 18 California communities on our list is in this region, nor are they in the third-highest region: Riverside-San Bernardino-Ontario, California at 3.6%.

The average annual increase in prices for the nation as a whole was 2.6%. Many economists have been expecting inflation given the high rate of government spending and the post-pandemic increase in consumer demand.

Check Out: 50 Cities With the Most Overpriced Homes
Read Next: How Far a $100,000 Salary Goes in America’s 50 Largest Cities

If the regional differences continue, they could affect next year’s list of most expensive communities. For now, the message seems to be that no matter where they live, Americans are paying more than they did last year, and that trend is likely to continue.