The Pandemic Is Worse for New Grads Than the Great Recession Was, Study Says 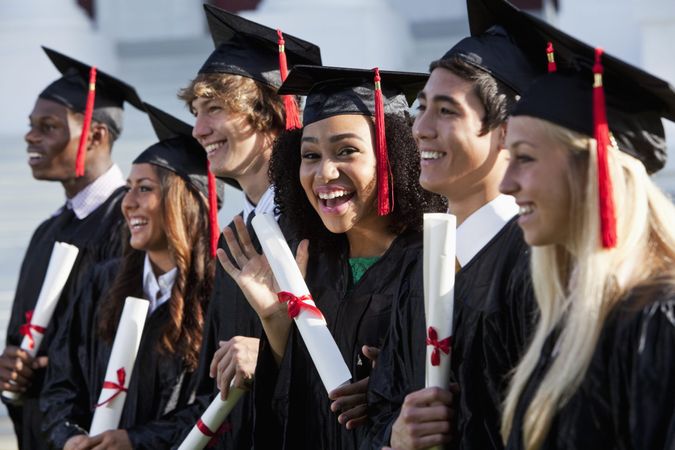 The college class of 2020 didn’t have it easy as they entered the labor market in the midst of a global pandemic. As the class of 2021 graduates, studies show how difficult the events over the past year have made it for younger workers.

According to a recent analysis of Bureau of Labor Statistics data from January 2020 to October 2020 by Pew Research Center, CNBC reported that graduates during the Great Recession had higher rates of participation in the labor force compared to 2020 graduates.

The Pew Research Center noted that while it’s too early to compare the long-term impacts of the current recession, there is evidence that the outcomes have differed. Between 2007 and 2008, the data shows that labor force participation for these classes was relatively unchanged, while 2020 saw a decline compared to the previous year.

On top of that, CNBC pointed out that college graduates owe more today compared to 2008 graduates, according to EducationData. Graduates from 2008 owed $24,012 in student loans on average while graduates from last year owe $36,665, adjusting for inflation.

A survey from Monster of 1,500 U.S. adults ages 18-24 found that 45% of the spring 2020 graduating class is still looking for work and graduates also stated that they believe the pandemic has set back career goals by six months, as reported by CNBC.

CNBC also noted that according to the National Bureau of Economic Research, workers see 70% of their overall wage growth during the first 10 years of entering the labor market; however, those who graduate during a recession earn 9% less at the beginning of their careers.

Some experts are still optimistic. “I don’t think this recession will be as bad for college graduates as previous recessions have been,” said Brad Hershbein, an economist at the Upjohn Institute in Kalamazoo, Michigan, reports ABC News.