On the surface, things are going well in America. The unemployment rate — at 3.7 percent — is at its lowest level in decades. Annual wage growth recently hit a nine-year high. And the latest figures from the Commerce Department show that the U.S. economy continues to grow.

But that doesn’t mean all Americans are doing well. In fact, GOBankingRates found that it’s gotten tougher for many people to afford basic necessities. We examined the cost of living throughout the U.S. over the past few years to see how much it has increased. Then, we surveyed Americans to find out how much they’re spending on necessities. The average spending of respondents in each state was then compared with the median income in each state to determine whether people can realistically afford the cost of living where they are.

Keep reading to see the states where Americans can’t afford their cost of living.

The cost of living in America has climbed 14 percent over the past three years, according to a GOBankingRates’ analysis of the Bureau of Labor Statistics’ Consumer Price Index. The index measures the change in prices paid for goods and services, including food, shelter, energy, transportation and medical care.

The jump in the cost of living means Americans need to earn more to live comfortably. However, GOBankingRates found that the median household income isn’t keeping up with the rising cost of living in America’s largest cities.

To find out whether Americans can afford the cost of living in the states where they live, GOBankingRates surveyed 5,000 renters about their monthly expenses. The survey asked respondents to share how much they spent per month on rent, groceries, transportation, utilities and healthcare. Then GOBankingRates compared the average amount spent on necessities with the median household income to determine where Americans can’t afford the cost of living.

The survey found that renters in  these 13 states are spending more than 50 percent of their income on necessities:

In many of these states, low incomes are largely to blame, and the average salary isn’t enough to get by in these states. The median household income in all but one state — North Dakota — is lower than the national median household income of $59,039. In fact, it’s actually below $50,000 in seven of the 13 states where renters spend more than 50 percent of their income on necessities: Alabama, Arkansas, Kentucky, Mississippi, Louisiana, New Mexico and West Virginia.

In addition to relatively low incomes, renters in some of these states also have relatively high cost-of-living expenses. The survey found that the amount spent on necessities by respondents in Alabama, Arkansas, Delaware, Florida, Maine, New Mexico and North Carolina is higher than in half of the states.

Click to See: States Where You’re Most and Least Likely to Live Paycheck to Paycheck

13 States Where Americans Are Living ‘Comfortably’

If you live in a state where it’s difficult to afford the cost of living and save for the future, you might want to consider moving. The GOBankingRates’ survey found that the top 13 states where respondents spend much less than 50 percent of their monthly income on necessities are:

The median household income in about half of these states is higher than the national median. In fact, New Hampshire has the highest median income in the U.S. — $76,260 — and the average spent on necessities is just 33 percent of that income. However, renters in Massachusetts, New York and Wyoming actually pay a smaller percentage of income for necessities — 32 percent — because the cost of living is lower in those states.

Among these 13 states, New York actually has the lowest average cost of necessities — followed by Wyoming, based on the survey findings. Nevada is in the No. 3 spot, and Iowa, Massachusetts, Montana, Nevada, South Dakota and Wisconsin are among the top 10 lowest cost states.

Rising Cost of Living Could Be Putting Americans’ Savings in Jeopardy

The rising cost of living is likely making it harder for many Americans to get ahead financially. Considering that respondents in a quarter of the states are spending more than 50 percent of their income, on average, on necessities, they’re left with less to put in savings for emergencies or for retirement.

In fact, a separate GOBankingRates’ survey found that a common obstacle to saving money is a high cost of living. And a more recent survey also found that cost of living and low wages are keeping Americans from saving more money each month. 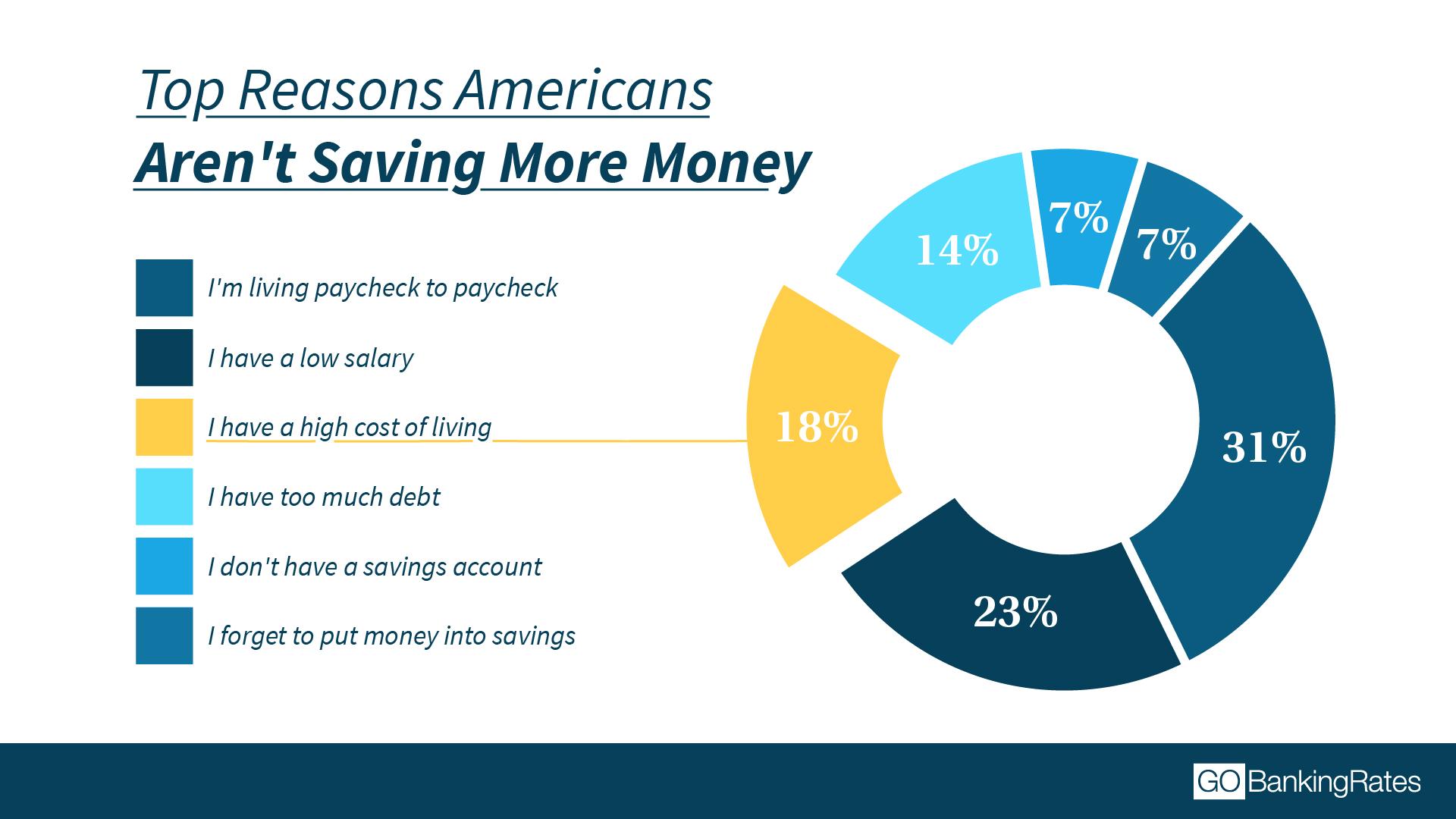 This might explain why GOBankingRates found in its 2018 annual savings survey that 58 percent of Americans have less than $1,000 in savings. Of those, 32 percent have absolutely nothing in a savings account.

How to Protect Your Savings From Rising Costs

For starters, analyze your spending to pinpoint expenses you can cut so you can invest that money instead. You might be able to reduce your biggest monthly expense — housing — by getting a roommate or looking for a lower-cost apartment. Then, boost your savings even more by finding ways to earn more money  — such as getting a side gig, selling what you don’t need or finding a higher-paying job.

Click through to see 20 ways you can increase your savings and retire rich. 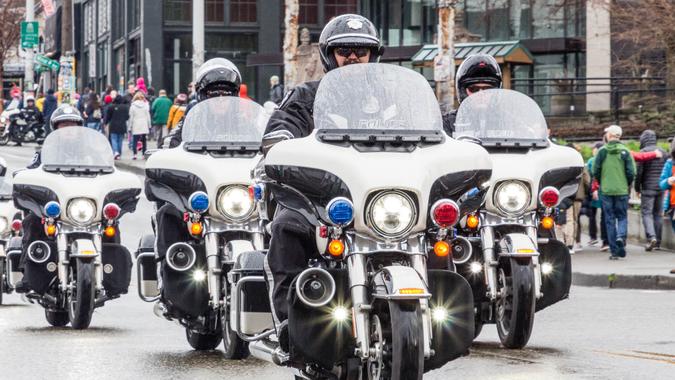 These States Offer the Best and Worst Pay for Police Officers

Want a career in law enforcement? See these figures first.

> Money > Economy > Unemployment Is Low, Wages Are Up -- But Cost of Living in America Keeps Rising