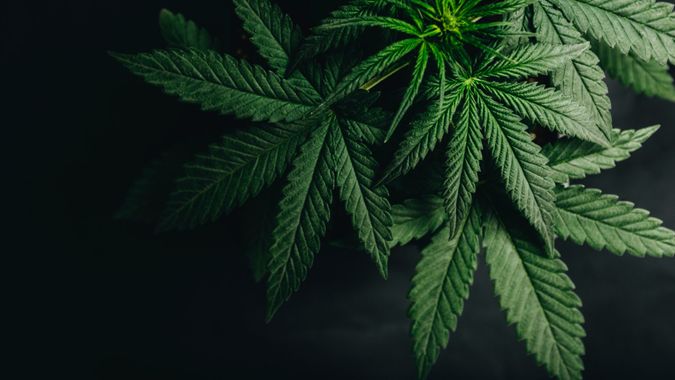 The bill aims to “decriminalize and deschedule cannabis, to provide for reinvestment in certain persons adversely impacted by the War on Drugs, to provide for expungement of certain cannabis offenses, and for other purposes,” according to the draft bill.

Legal cannabis sales totaled $20 billion in 2020 and are projected to reach $40.5 billion by 2025, according to the text of the bill. In addition, according to the American Civil Liberties Union (ACLU), enforcing cannabis prohibition laws costs taxpayers approximately $3.6 billion a year.

“I’m standing today with @RonWyden & @SenBooker to release a discussion draft of the Cannabis Administration and Opportunity Act. It’s our legislative proposal to end the federal prohibition on marijuana and repair damage done by the War on Drugs–especially in communities of color,” Schumer tweeted today.

It’s our legislative proposal to end the federal prohibition on marijuana and repair damage done by the War on Drugs—especially in communities of color
— Chuck Schumer (@SenSchumer) July 14, 2021

Taking marijuana off the list of controlled substances would remove the most difficult regulatory burdens from U.S. marijuana companies, allowing them to take tax deductions, hold bank accounts and loans, and list on U.S. stock exchanges such as the Nasdaq and the NYSE, according to Bloomberg. A new federal excise tax would phase in over several years to 25%. The first $20 million in sales per company would have a 50% cut in the tax rate, an attempt to encourage smaller marijuana businesses, Bloomberg reports.

See: 7 Best Cannabis Stocks of 2021
Find: Investing In Cannabis: What You Should Know Before You Begin

“The marijuana bill is low-hanging fruit for Senate Democrats looking to expand their Senate control in the 2022 midterms in Georgia, Florida, Pennsylvania and Arizona,” Arun Govil, CEO of Ducon and author of “A Nation Of Sheep Will Believe A Trump” tells GOBankingRates.

“Senate Majority Leader Schumer is hoping to clobber Senate Republicans who oppose reform and push vulnerable Democrat and GOP senators to vote for the bill, which he describes as a social justice reform bill. The plot twist is President Biden, who is hesitant to embrace reform.”