The Current Inflation Rate Is Scary, but Not as Scary as It Was During Other Periods of Recent History (Infographic) 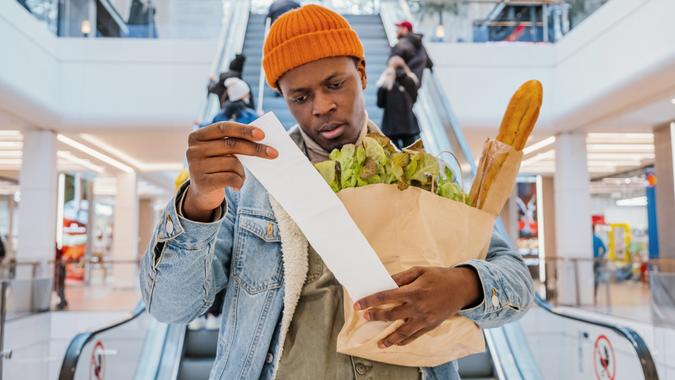 It is probably cold comfort to consumers in 2022 that the current inflation rate is kid stuff compared to the inflation rates Americans faced in the 1970s and early 1980s, when prices regularly rose in double digits.

See: Economists Keep Saying This Isn’t 1980s Inflation, But What Does That Mean?
Find: How Much Is Inflation Actually Costing the Average Family Each Month?

The United States could still get there this year if the rate of inflation continues to push higher and higher, as it has been doing in recent months. But for now, the rate is still “comfortably” in single digits.

Annual inflation in the United States accelerated to 7.9% in February — its highest point in four decades, according to Trading Economics, which cited data from the Bureau of Labor Statistics.

Inflation hit just about every sector of the economy in February — including housing, cars and food — though the energy sector drove the gains as gas prices surged 38% for the month. Food inflation in February was 7.9%, the highest since July of 1981. New vehicle inflation was 12.4%, which seems like a bargain compared with the 41.2% increase for used cars and trucks.

Stripping out volatile food and energy costs, core inflation rose to 6.4% over the 12-month period ended in February, CNN reported. That’s the highest level since August 1982.

Explore: 10 Ways To Save Money in March

But as ugly as the numbers are in recent months, they’re still lower than historic peaks over the last 65 years or so. Ask anyone who remembers the 1970s and they will tell you that 7.9% inflation would have been sweet relief.

Since 1955, the luckiest consumers were those in the early-to-mid 1960s, when inflation hovered around 1%. In more modern times, last decade — the 2010s — was also a period of relatively low inflation.

There have even been a couple years of deflation, or negative inflation, when consumer prices went down instead of up. That’s what happened in 1955 and 2009.

So how high will the current inflation rate rise? Economists at Action Economists forecast March inflation at 8.6% over the 12-month period, CNN noted. Inflation hasn’t been that high since December of 1981.