States like Texas and California seem to always be in the press as top destinations for moving Americans. Texas boasts no income tax, a booming business climate and a comparatively affordable cost of living, whereas California is home to the entertainment industry, beautiful weather and Silicon Valley.

But these states are hardly the only ones that are growing or gaining new people. Over the last 10 years, many U.S. states have experienced dramatic shifts in their populations. As a result of this, some states have emerged as “winners” — like Colorado or North Dakota, which have added thousands of family households to their population — and others as “losers” — like Rhode Island, Michigan or West Virginia, which have watched their number of families decline more and more over the years.

In order to identify which U.S. state has seen the biggest increase in family households, GOBankingRates looked at the increase in the number of family households and number of total families in each state from 2007 to 2017 and 2012 to 2017, and the corresponding five-year and 10-year percentage changes, based on U.S. Census Bureau data. Home prices and rent were sourced from Zillow.

Keep reading to find out which U.S. state is becoming the ideal place for families to live.

The No. 1 State Families Are Flocking to Is Utah

The Influx in Families Has Affected Utah’s Home Values

Utah manages to maintain both solid home values and affordable housing. The median list price for a single-family home in Utah is $353,000, which is higher than the national average, but also lower than many popular markets. For example, Utah’s single-family home price is cheaper than Oregon’s $375,000, Washington’s $399,500, and neighboring Colorado’s $425,000. This is just one of several reasons Utah is one of the best states for families to live a richer life.

Impact on Rent Hasn’t Been as Strong

Rental prices in Utah have been affected, though not as much as home prices. Still, Utah’s median rent for a single-family home rose by almost 13 percent in the last five years: from $1,355 to $1,528. That’s big enough to rank among the top 20 states for the largest increase in single-family rent.

These Utah Cities Have Experienced the Biggest Increase in Families

Here’s a closer look at some of the principal cities feeling the family boom in Utah. The following five cities experienced the largest increase in families from 2007 to 2017. All of them saw their share of family households increase by more than 40 percent in a decade.

Draper is located about 19 miles from downtown Salt Lake City and about 29 miles from downtown Provo. Draper transformed from a small town of 18,146 people in 2000 to a blossoming city of more than 47,000 by 2017, including almost 9,800 households of married couples and their families.

Syracuse lies to the north of Salt Lake City, between the Great Salt Lake and Interstate 15. The main employer in Syracuse is Hill Air Force Base with about 10,000 to 14,999 personnel, according to Syracuse’s comprehensive annual financial report for the fiscal year that ended in 2018.

Why Families Are Moving to Utah

Utah is notable for its top-quality education system. According to U.S. News & World Report’s ranking of the best states for education, Utah came in at No. 3 out of 50 states. In terms of graduation rates, Utah is better than average, too. According to the National Center for Education Statistics, the average high school graduation rate in the U.S. is 84 percent compared to Utah’s 85 percent as of 2015-16. Interestingly, a recent GOBankingRates study found that Utah spends less on education than any other state.

Crime rates are fairly low in Utah as well, another pull factor for families. Although Utah’s property crime rate is slightly above average, its violent crime rate is 2.39 incidents per 1,000 compared to the national rate of 4 per 1,000 people, according to NeighborhoodScout.

Click through to read about the best and worst states for the middle class.

Methodology: GOBankingRates determined what states families are flocking to by calculating the increase in the number of family households and number of total families in each state from 2007 to 2017 and 2012 to 2017, 10-year and five-year percentage changes, based on U.S. Census Bureau data. Home prices and rent were sourced from Zillow, and are accurate as of November 2018. 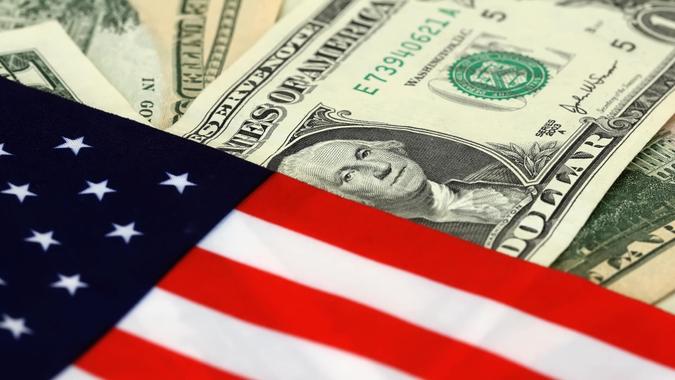 Quiz: How Much Do You Know About America When It Comes to Money?

See if you can answer all 10 money-related questions correctly.