Why Some Believe Universal Basic Income Will Hurt Us 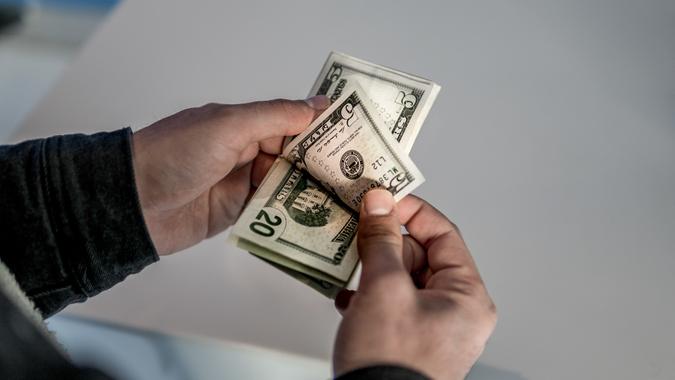 In Alaska, every eligible resident gets a regular cash payment from the government that they don’t have to work for and that they can spend however they want — no strings attached. It’s been that way since 1982, the inaugural year of the Alaska Permanent Fund. It’s America’s only true example of universal basic income (UBI), a policy that some businesspeople, politicians and economists want to institute nationwide. UBI proponents have mostly noble intentions — reducing income inequality, alleviating poverty and softening the impact of jobs lost to automation. But the policy’s opponents are mostly focused on the same question as Steve Martin’s “Father of the Bride” character: Who’s paying for all this?

The Other Side: Why Some Believe Universal Basic Income Will Help Us

The Alaska Example Is a Success Story — for Alaska

Proponents of UBI say it pulls people out of poverty and shortens the distance between the haves and have nots. It’s done just that in Alaska, according to Vox, at least to a degree — but that’s hardly a fair comparison to the country as a whole. Alaska is nearly as empty as it is enormous. Fewer than three-quarters of a million people share more than 663,000 square miles of land there — and they’re floating on an ocean of oil and gas.

The Alaska Permanent Fund is a dividend paid from mineral royalties. If UBI became policy nationwide, the federal government would be cutting a check to more than 300 million people with no energy industry sugar daddy to pick up the tab.

“At the end of the day, UBI is costly,” said Nishank Khanna, CFO of the lending company Clarify Capital. “If everyone in society receives a monthly stipend, that money is going to be drawn from government funds.”

‘The Total Cost of UBI Could Be Trillions Annually’

Leaders from both ends of the political spectrum have floated versions of UBI since at least the 1960s. Most recently, Democrat Andrew Yang was the highest-level politician to propose a comprehensive UBI policy plan, which he did in 2020 during the presidential primary contest that Joe Biden eventually won. It would have paid $12,000 a year to every adult in the country — a thousand bucks per person, per month. Yang said he’d pay for it with a new value-added tax, by removing the Social Security tax cap and by increasing the capital gains tax. The Tax Foundation and other organizations called shenanigans, saying that those revenue sources would leave gaping holes in the plan’s budget. The UBI Center estimated Yang’s plan would cost $2.8 trillion a year.

“To afford UBI, we would need to either increase taxes or cut funding from other federal programs,” Khanna said.

Check Out: Will There Be a Fourth Stimulus Check? How Much Will It Be? All Your Questions Answered

That fact was laid bare by a “budget-neutral” American Enterprise Institute UBI alternative. The institute said the plan could provide universal income without costing the government anything, but — surprise, surprise — there’s a catch. They would fund the plan by eliminating Medicare and Social Security. Either way, money distributed has to come from somewhere — and UBI isn’t cheap.

“The total cost of UBI could be trillions annually,” Khanna said.

Instead of UBI, Eliminate the Concept of ‘Working Poor’

Khanna discussed how UBI could help mitigate “the issues the working poor face.” But in a country as wealthy as the United States, should more than 12 million Americans and their families live in serious economic insecurity or abject poverty despite working full time? That’s exactly what’s happening in the United States, according to PolicyLink, where studies show a minimum-wage worker couldn’t afford a two-bedroom apartment in a single congressional district anywhere in the country.

The current federal minimum wage is still $7.25 an hour. That’s $58 for a full day’s work. Presuming a 40-hour workweek and 2,080 hours of labor a year, that’s an annual salary of $15,080 — and that’s without a single day off. That’s simply not a survivable amount of money, particularly for single mothers who are more likely to be low-wage workers. If employers were forced to pay a living wage, the taxpaying public wouldn’t have to shoulder the burden of UBI or any other program designed to help the working poor, a demographic that by 2021, should be an oxymoron.