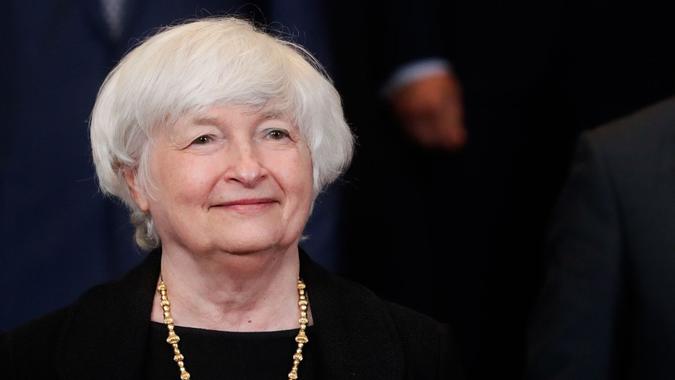 In a letter addressed this morning, U.S. Treasury Chair Janet Yellen wrote to House Speaker Nancy Pelosi stressing the inability of the Treasury to continue to finance the operations of the U.S. government.

She wrote:  “Based on our most recent information, including tax payments associated with the September 15 deadline for third quarter estimated tax payments for businesses and individuals, I am now able to further refine that projection. We now estimate that the Treasury is likely to exhaust its extraordinary measures if Congress has not acted to raise or suspend the debt limit by October 18.”

At that point, Yellen expects the Treasury would be left with “very limited resources that would be depleted quickly.” She also explicitly states that she is uncertain whether or not they would be able to continue to meet all the nation’s commitments after that Oct. 18 date.

Yellen also highlighted the changing daily government cash flows that range anywhere from $50 -$300 billion — meaning that estimates of when the government will run out of money are not certain, making raising the debt ceiling all the more important.

The letter also noted that certain new investments into the Civil Service Retirement and Disability Fund and the Postal Service Retiree Health benefit have been suspended.

See: The ‘Loathsome’ Option the Fed Has If The Debt Ceiling Isn’t Raised, According to Powell
Find: Social Security Payments Could Be Greatly Impacted If Debt Ceiling Not Raised

The government has until Thursday to make a decision on whether or not to raise the debt ceiling before the Treasury runs out of money. Should they vote no, it would be the first time in history the U.S. would default, which would have the potential to send the country into another financial crisis.

“Again, I respectfully urge Congress to protect the full faith and credit of the United States by acting as soon as possible,” Yellen ended.