There’s a lot of room for improvement when it comes to financial literacy across the U.S.

Several surveys — including a new one from GOBankingRates — have found that many Americans lack basic financial knowledge. In fact, most of the 2,000 adults polled by GOBankingRates couldn’t answer all six questions about common financial concepts correctly.

Keep reading to find out where Americans fall short when it comes to financial literacy, and test your knowledge of common-sense money topics.

Only 2% of Americans Would Pass This Finance Quiz

GOBankingRates asked the following six questions about common financial terms and concepts. Only 49 out of 2,001 respondents answered five out of six of the questions correctly, which translates to 83 percent or a “B.”

The majority wouldn’t even get a passing grade on this financial quiz because they answered four or fewer of the six questions correctly, which is a 66 percent or lower.

The question that received the most correct answers was the one asking for a definition of a CD. Nearly 66 percent of respondents knew this stands for certificate of deposit.

You can open a CD account at a bank or credit union. When you buy a CD, you agree to keep your money invested for a certain length of time — from several days to several years. CDs have a relatively low rate of return, but they’re a low-risk investment because you won’t lose any of your principal (the amount you invest).

After CDs, respondents seemed to be most knowledgeable about credit bureaus. Almost 60 percent correctly identified TransUnion, Equifax and Experian as the three major credit bureaus.

About half of the respondents knew that a 401k is not a tax credit for retirement. It’s a retirement savings plan sponsored by an employer, and workers can have 401k contributions deducted from their paycheck before taxes are withheld.

Americans Seem to Lack Knowledge About Credit and Interest

Survey respondents seem to have the least amount of knowledge about credit and interest. They were more likely to get these two questions wrong than any other questions: 1) What best describes APY? and 2) Income does not impact your credit score — true or false?

Only about 13 percent of respondents correctly answered that APY is the annual rate of return accounting for compounding interest. In other words, APY is the total amount of interest paid on an account, based on the rate and the frequency at which the rate is compounded. If a rate is compounded daily or monthly rather than just once a year, the balance grows faster.

As for whether income impacts your credit score, about 41 percent of respondents knew that it doesn’t. The five factors that affect your FICO credit score — the most commonly used credit score — are payment history, amounts owed, length of credit history, types of credit used and how many new credit accounts you have, according to myFICO, the consumer division of FICO.

The ABCs of Credit: Use These Tips to Be Smarter With Your Finances

Which Gender Is More Financially Literate? It Depends on the Topic

Both women and men answered the same number of questions correctly: four. However, women had a better knowledge of some topics than men and vice versa.

Young Gen Xers Did Better on the Financial Literacy Quiz

Young millennials were least likely to know the three credit bureaus, what CD stands for and that a 401k isn’t a tax credit for retirement. However, this age group was more likely than other age groups to know that income doesn’t impact your credit score and to know the key differences between checking and savings accounts.

Don’t Miss: 11 Signs Millennials Are Better With Their Money Than You

Young Gen Xers ages 35 to 44, on the other hand, did the best on the quiz of any age group, with a high rate of correct answers for all questions. At 68 percent, this age group had the highest percentage of respondents who knew the three credit bureaus are TransUnion, Experian and Equifax. It also had the second-highest percentage of respondents who answered the 401k, APY and credit score questions correctly.

Check Out: Americans Are Flocking to This Unlikely Source for Finance Advice

How You Can Become More Financially Literate

The results of this quiz clearly show that many Americans lack an understanding of basic financial concepts and terms. However, this knowledge is essential if you want to take control of your money and get ahead financially.

Fortunately, there are plenty of ways to improve your financial literacy. For starters, your employer might be able to help. About half of employers provide financial wellness training and tools for employees, according to a survey by the Society for Human Resource Management.

Your bank, credit union or financial institution also might offer financial education resources. There are plenty of great personal finance books — including guides for young adults just starting out, such as “Broke Millennial” by Erin Lowry and “You Only Live Once” by Jason Vitug.

And there is an abundance of free online resources, such as GOBankingRates. The key is to carve out time each day to educate yourself and go from financially average to financially killing it.

Up Next: 10 Money Terms You Should Know If You Want to Be Rich

Methodology: GOBankingRates conducted this poll through Survata from March 12, 2018, to March 16, 2018, and collected responses from 2,001 people. The poll posed the following six questions with multiple answer choices: 1) What are the 3 major credit bureaus? 2) A 401k refers to a tax credit for retirement. True or False? 3) Of the following, what best describes what “APY” is? 4) Income does not impact your credit score. True or False? 5) What does a CD offered by a bank stand for? 6) What’s the difference between a savings account and a checking account? This survey is representative of the online U.S. population with a margin of error of 3.7 percent. 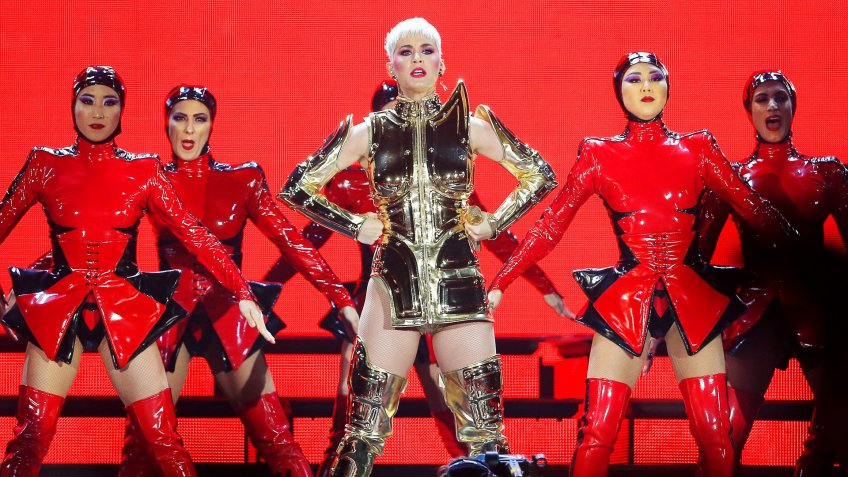