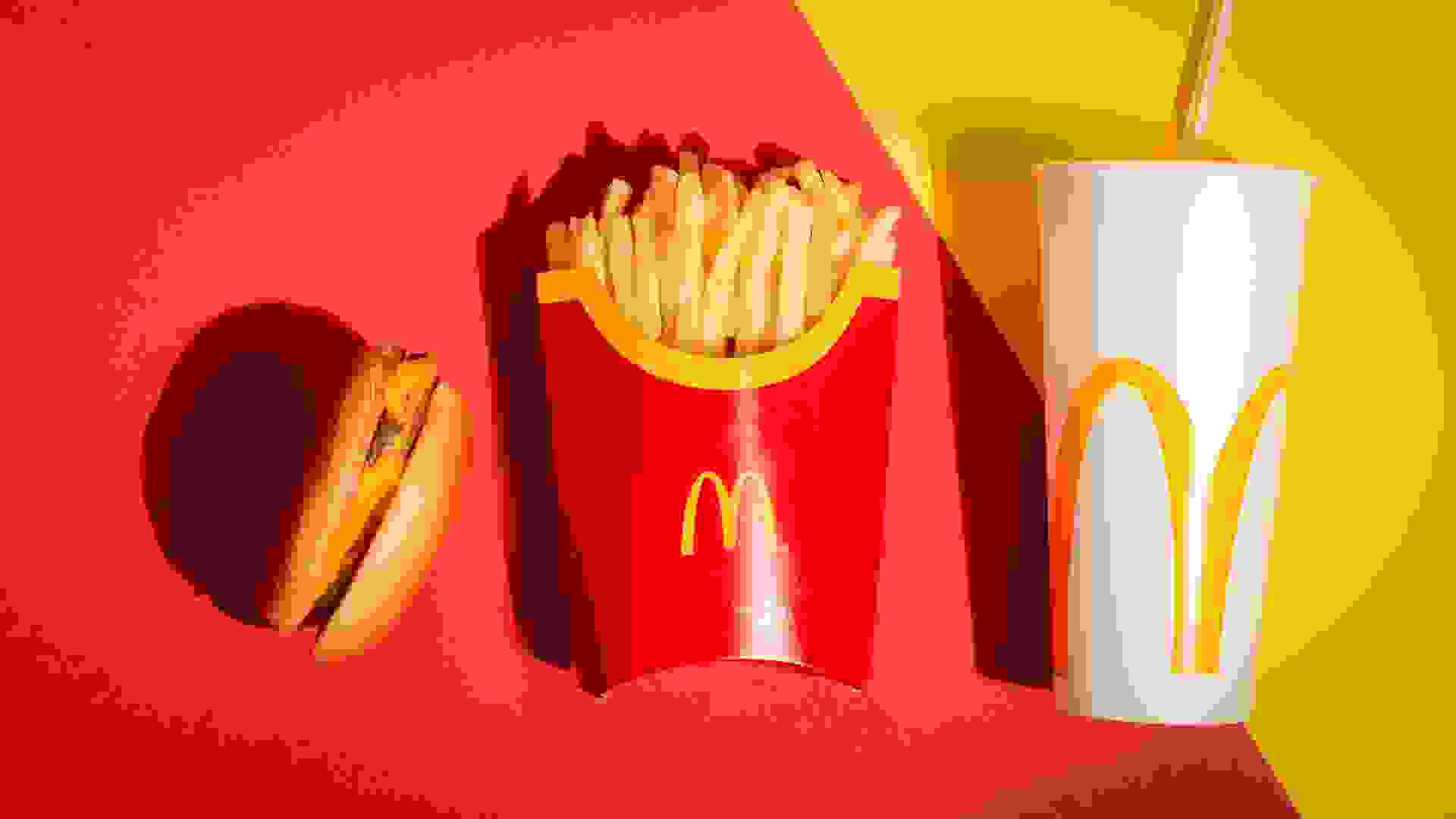 When most people are dissatisfied with a product or service, they contact the company or simply take their business elsewhere. Some people, however, file a lawsuit. From McDonald’s complaints to a class-action lawsuit targeted at the size of Subway sandwiches, the only thing more ridiculous than these lawsuits are the ridiculous payouts people demanded. Take a look at who lost and who won in these over-the-top lawsuits. 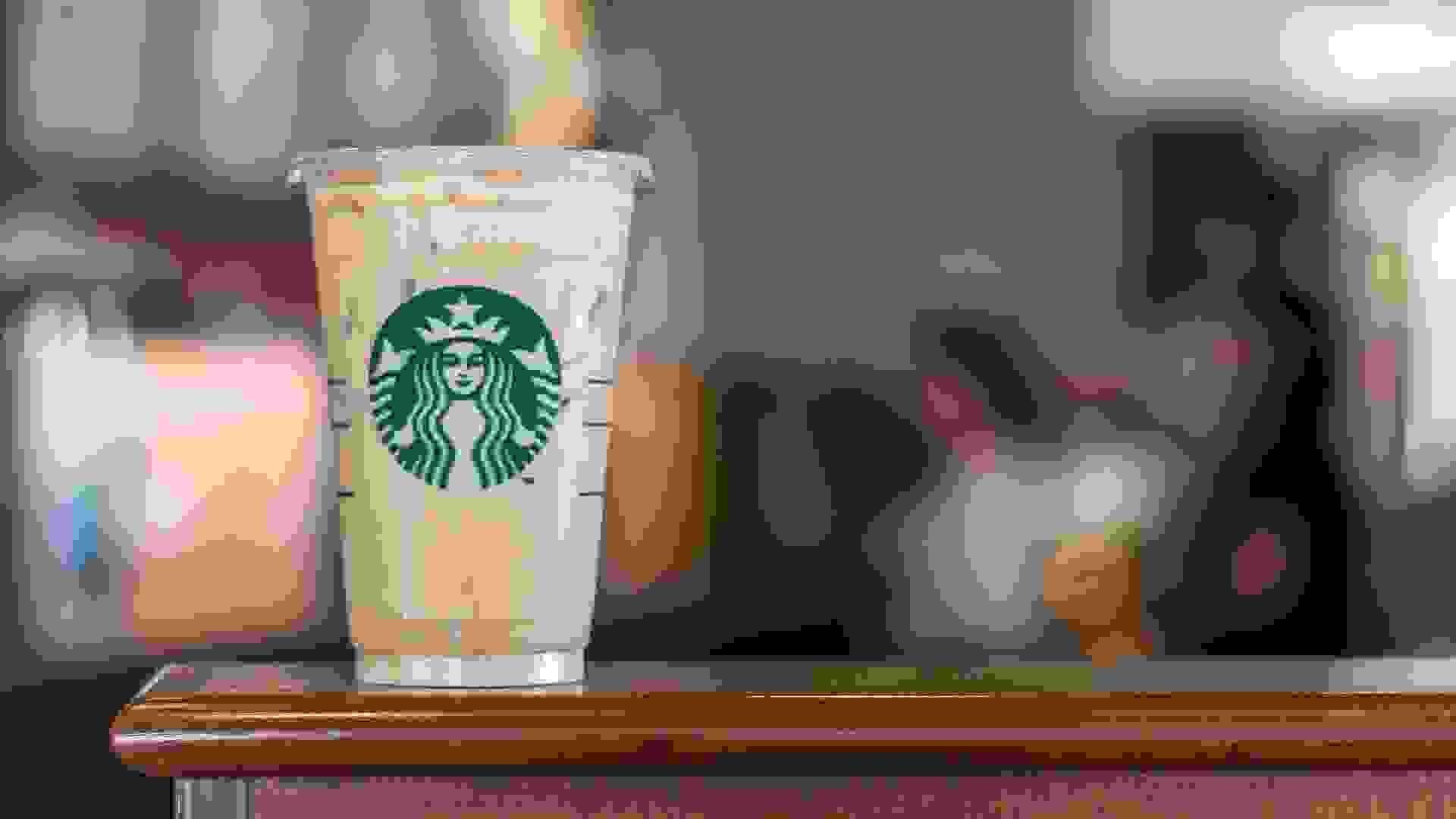 Chicago woman Stacy Pincus filed a $5 million class-action lawsuit against Starbucks in April 2016, claiming the company puts too much ice in its cold drinks. The lawsuit accused Starbucks of advertising iced drinks as 24-ounce beverages when the cup only contained 14 ounces of fluid. 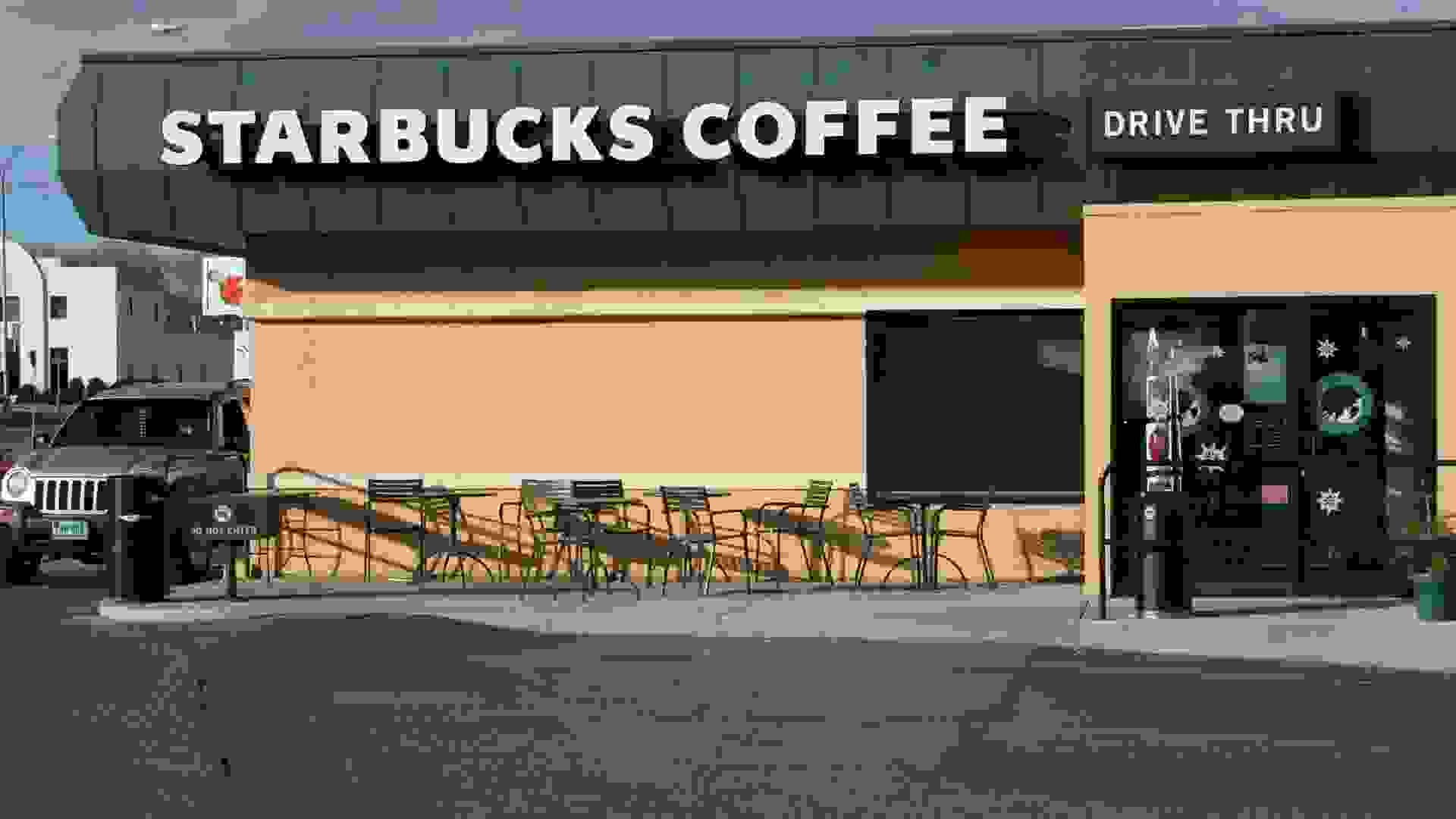 Named the most frivolous lawsuit of 2016 by the U.S. Chamber of Commerce Institute for Legal Reform, the $5 million lawsuit was dismissed by a Chicago federal judge in late 2016. And, if you’re worried about not getting your money’s worth for your iced drink at Starbucks, here’s a solution: Request light ice. 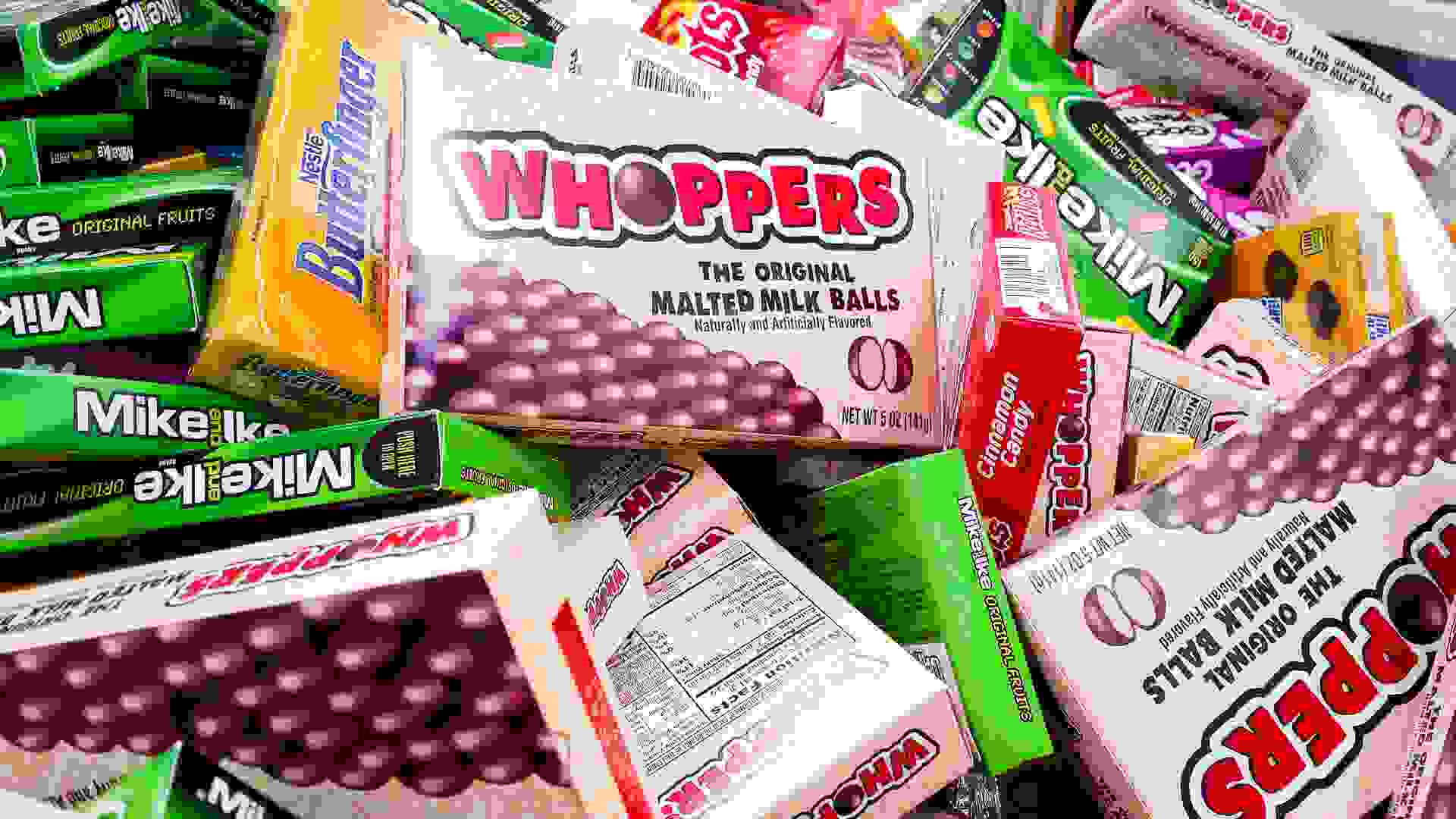 Robert Bratton of Missouri filed a lawsuit claiming that the Hershey company intentionally sells partially full packages of Whoppers, Reese’s Pieces and other products. In May 2017, his $5 million class-action lawsuit was given the green light to move forward by U.S. District Judge Nanette K. Laughrey. 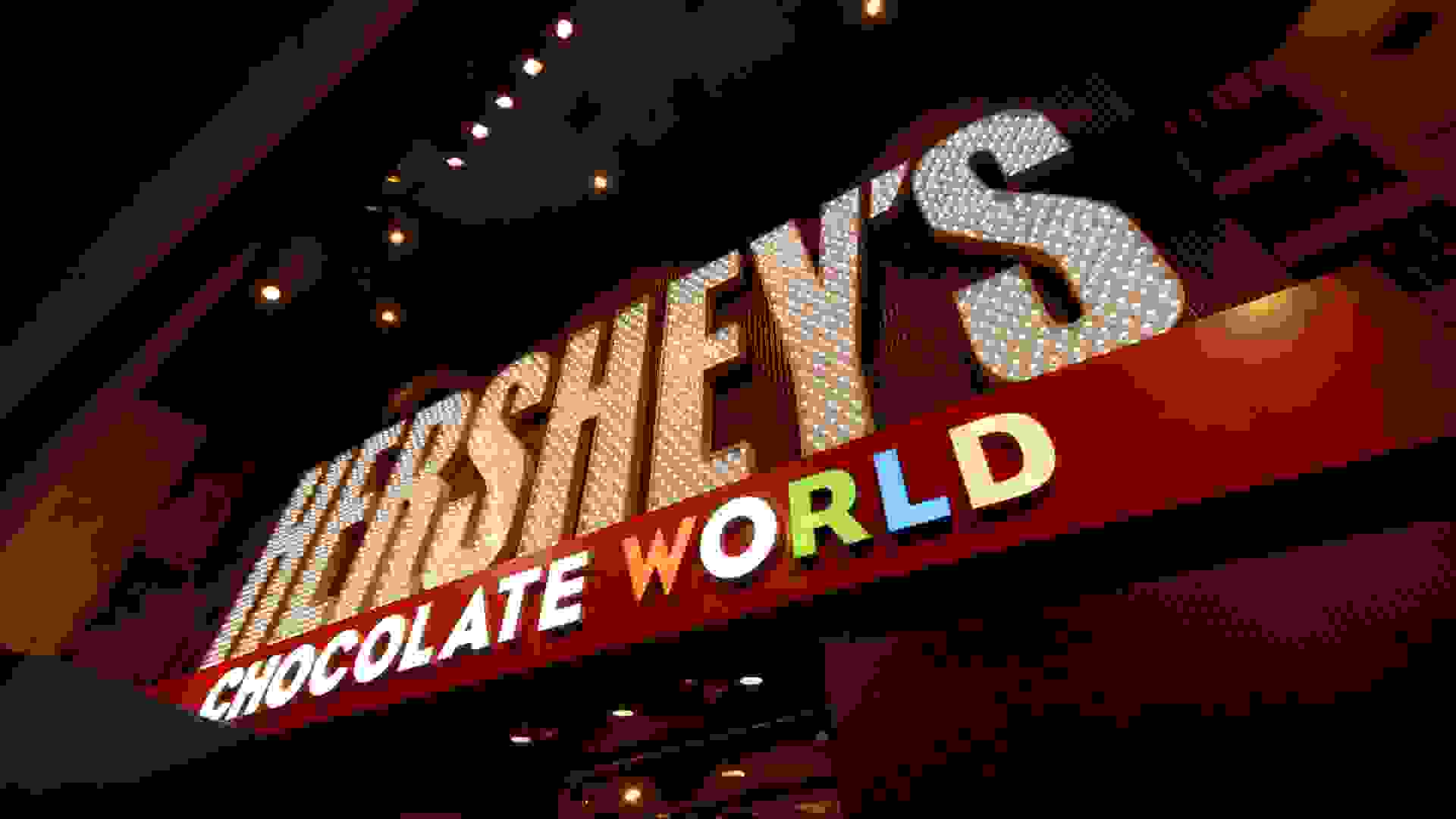 The Hershey Company: The Result

On Feb. 16, 2018, Bratton’s case was thrown out. U.S. District Judge Laughrey concluded that Bratton wasn’t really harmed because even though he realized that the packages of Whoppers and Reese’s Pieces candy weren’t full, he continued to buy them. And buy he did: Over the course of a decade, Bratton bought over 600 packages of the sweet treats.

Read: The 50 Most Ridiculous Fines You Never Knew Existed 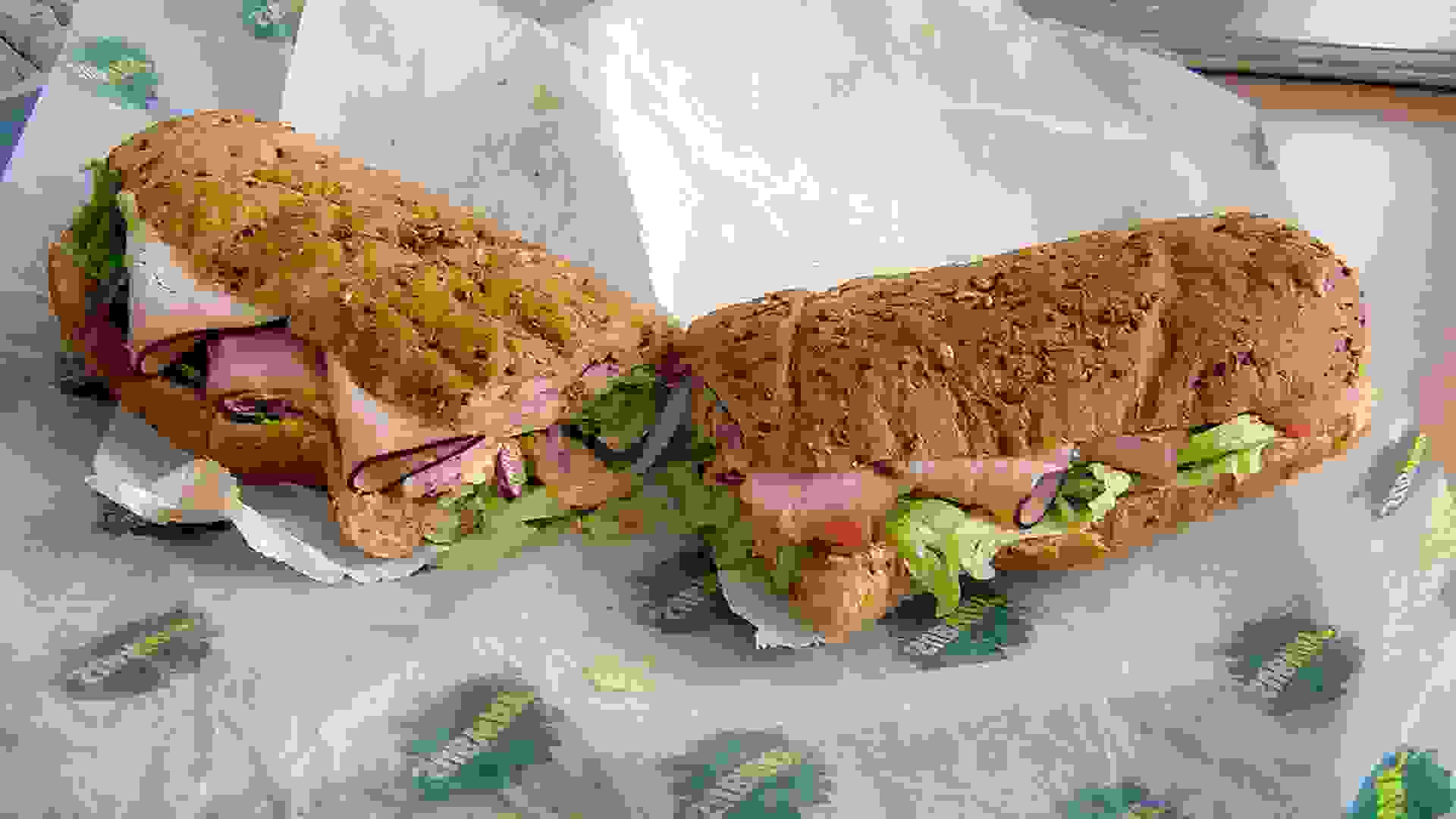 In 2013, a group of Subway customers filed a class-action lawsuit against the chain, claiming its footlong subs didn’t always measure up to 12 inches. Before the lawsuit was consolidated, some plaintiffs were seeking up to $5 million from the sandwich chain. U.S. District Court Judge Lynn Adelman called the case “quite weak” and Subway was cleared of deceptive marketing practices, but agreed to make sure subs are the proper size in the future and would pay $520,000 in attorney fees and $500 to each of the 10 plaintiffs. 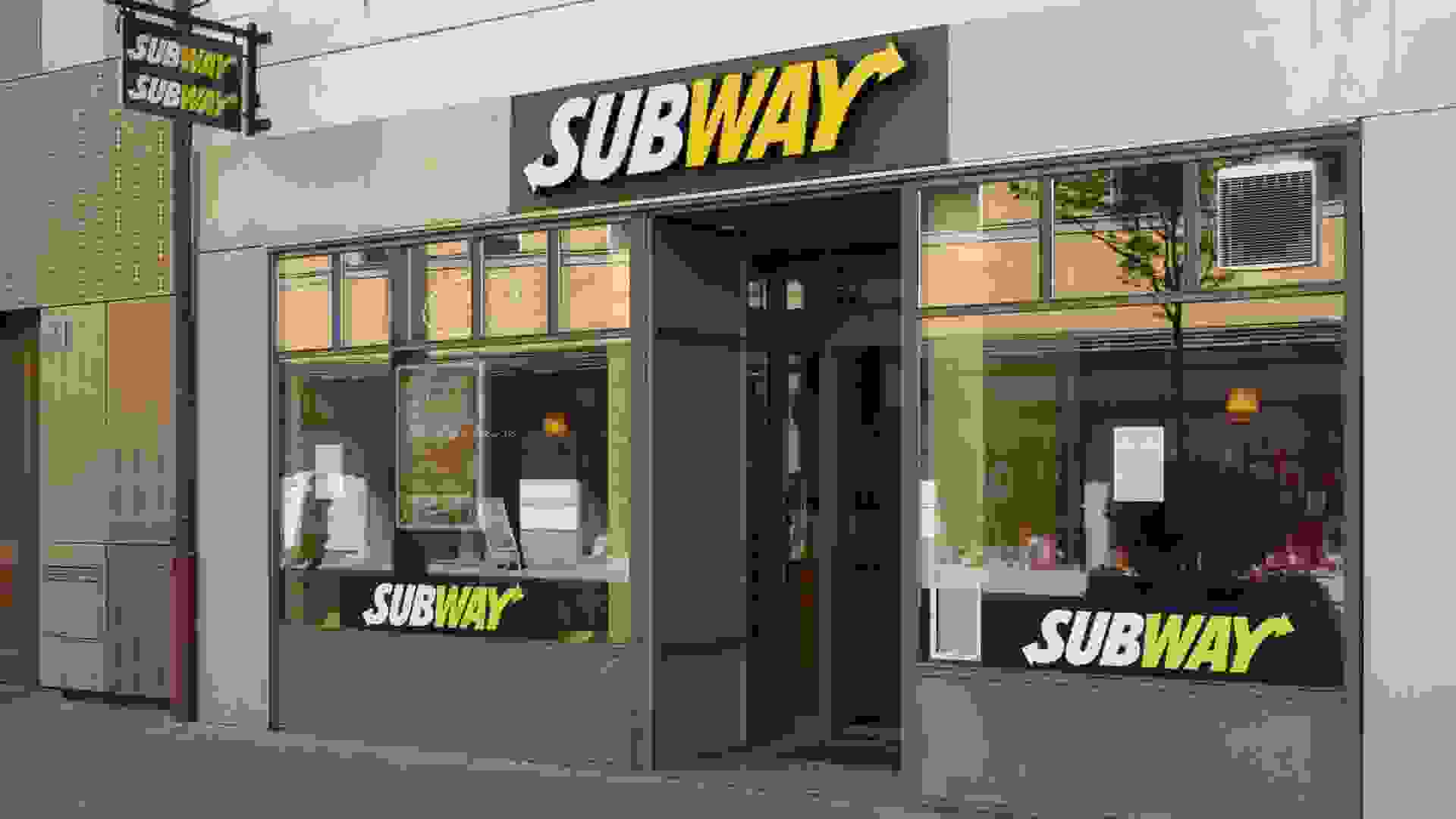 Just when both parties thought the lawsuit had been put to rest, it was appealed by the Competitive Enterprise Institute’s Center for Class Action Fairness. Filed in March 2016, the appeal claims the settlement offered no benefit to the majority of the class. Just like Subway’s bread, the payout came up short. On Aug. 25, 2017, the Seventh Circuit Court of Appeals rejected the settlement in the Subway case because it would have left the class with nothing. 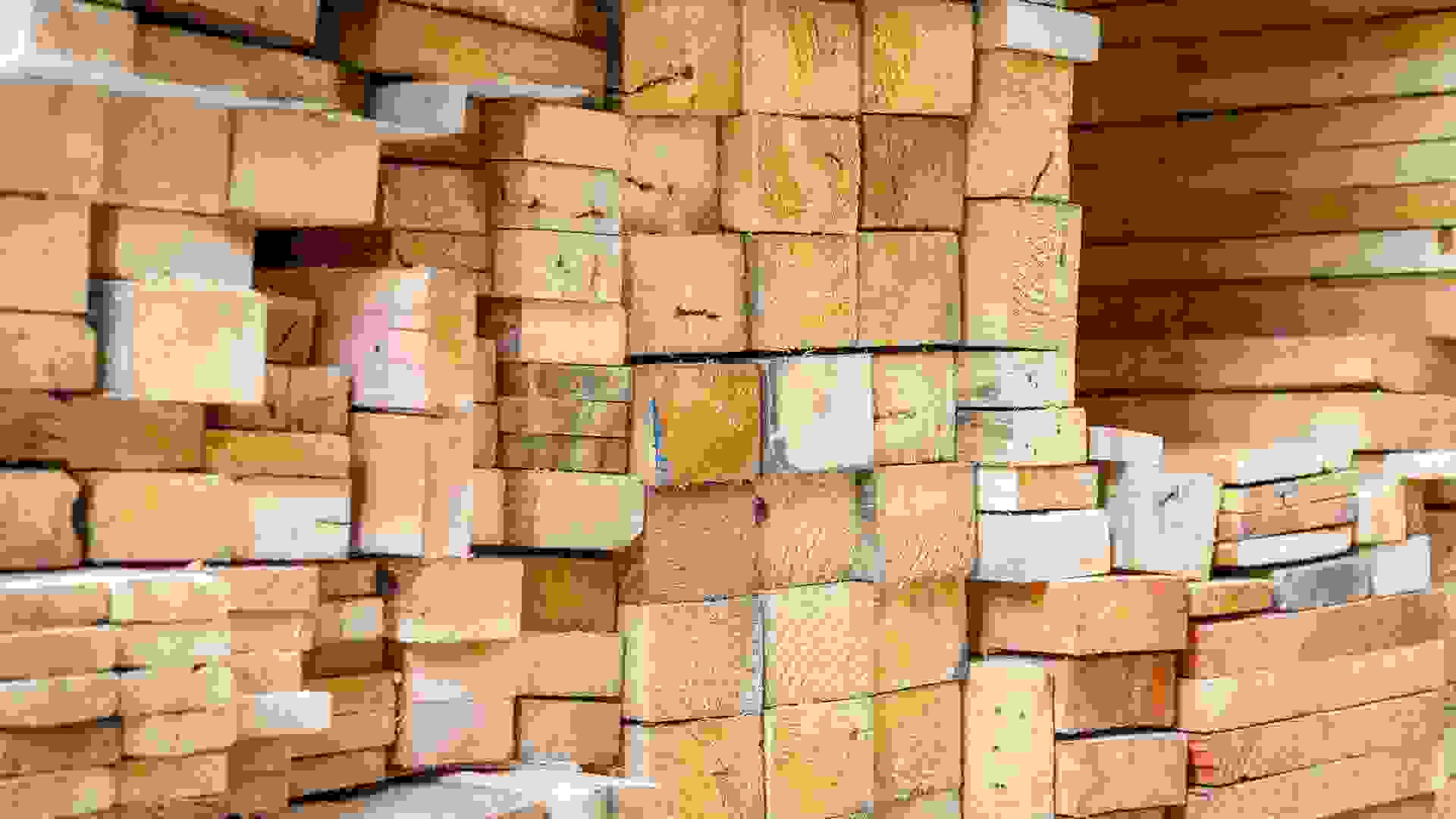 One of the more recent court cases, a group of Chicago plaintiffs filed a class-action lawsuit against Home Depot in 2017, because the store’s four-by-four lumber actually measures out to 3.5 inches by 3.5 inches on each side. Home Depot and other lumber suppliers have explained that four-by-four is just the name of the boards, as the industry-standard dimensions actually are 3.5 inches by 3.5 inches. Nevertheless, the plaintiffs sought more than $5 million in damages. 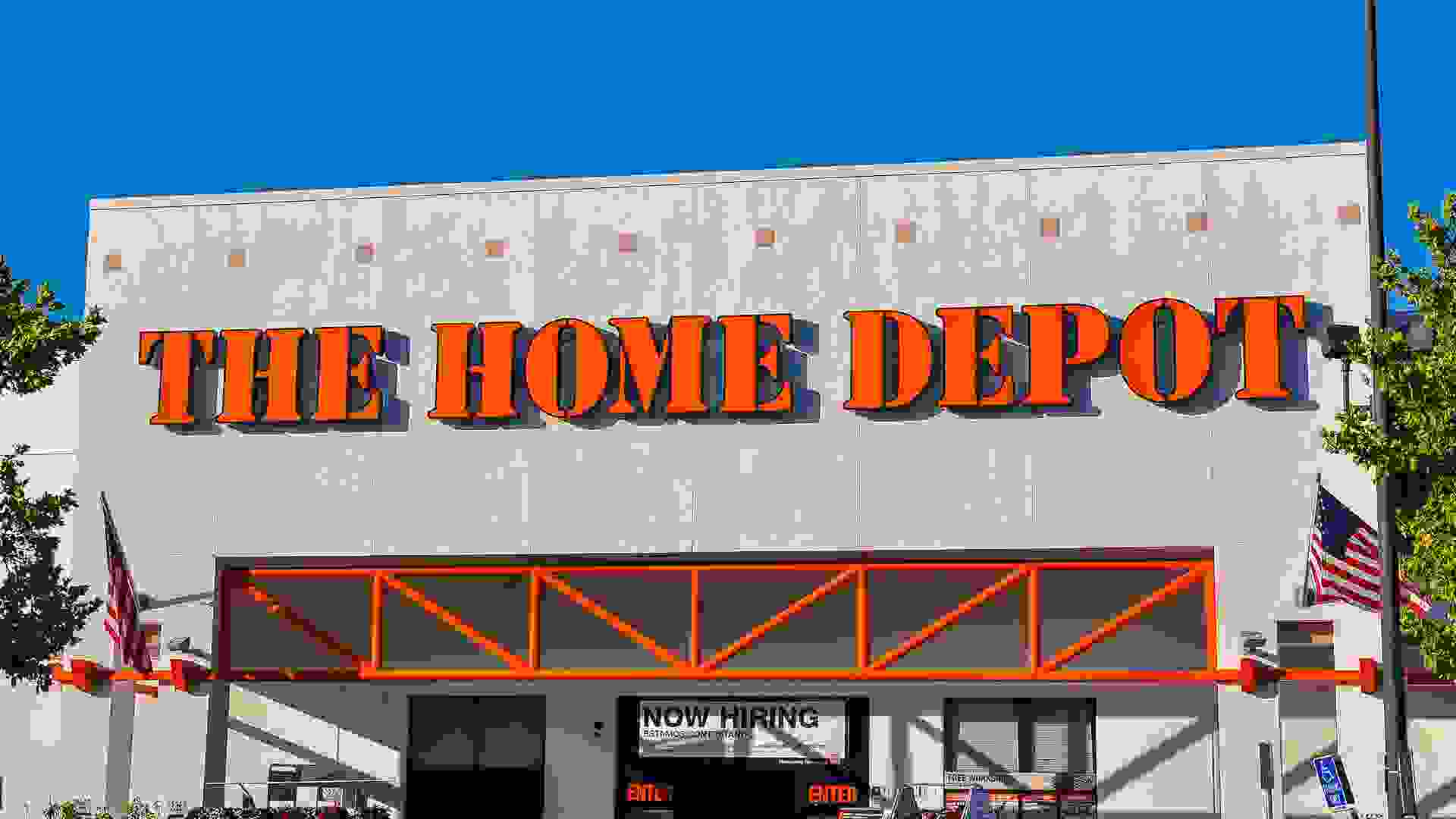 On March 12, 2018, U.S. District Judge Sharon Johnson Coleman rejected the plaintiffs’ claim and dismissed the case against Home Depot without prejudice. This means the plaintiffs are free to refile their complaint if they so choose. 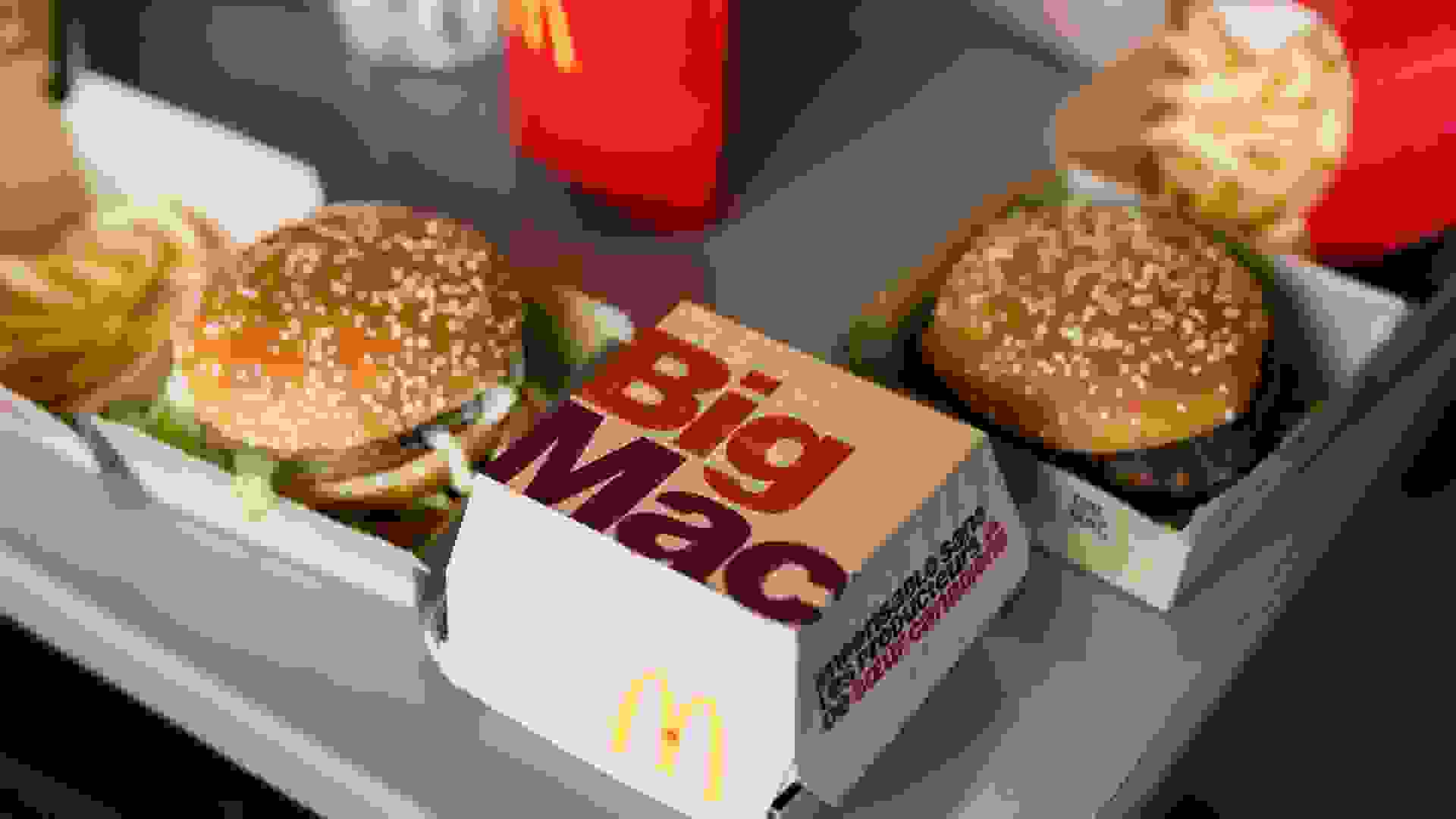 California resident Webster Lucas sued the company for $1.5 million in 2014 because he only received one napkin with his meal. After a potentially racially charged argument with the manager, Lucas was offered free burgers, but he claimed the incident left him emotionally distressed and unable to work. Unlike the McDonald’s hot coffee lawsuit of 1994, no one actually got hurt from “napkin-gate.” 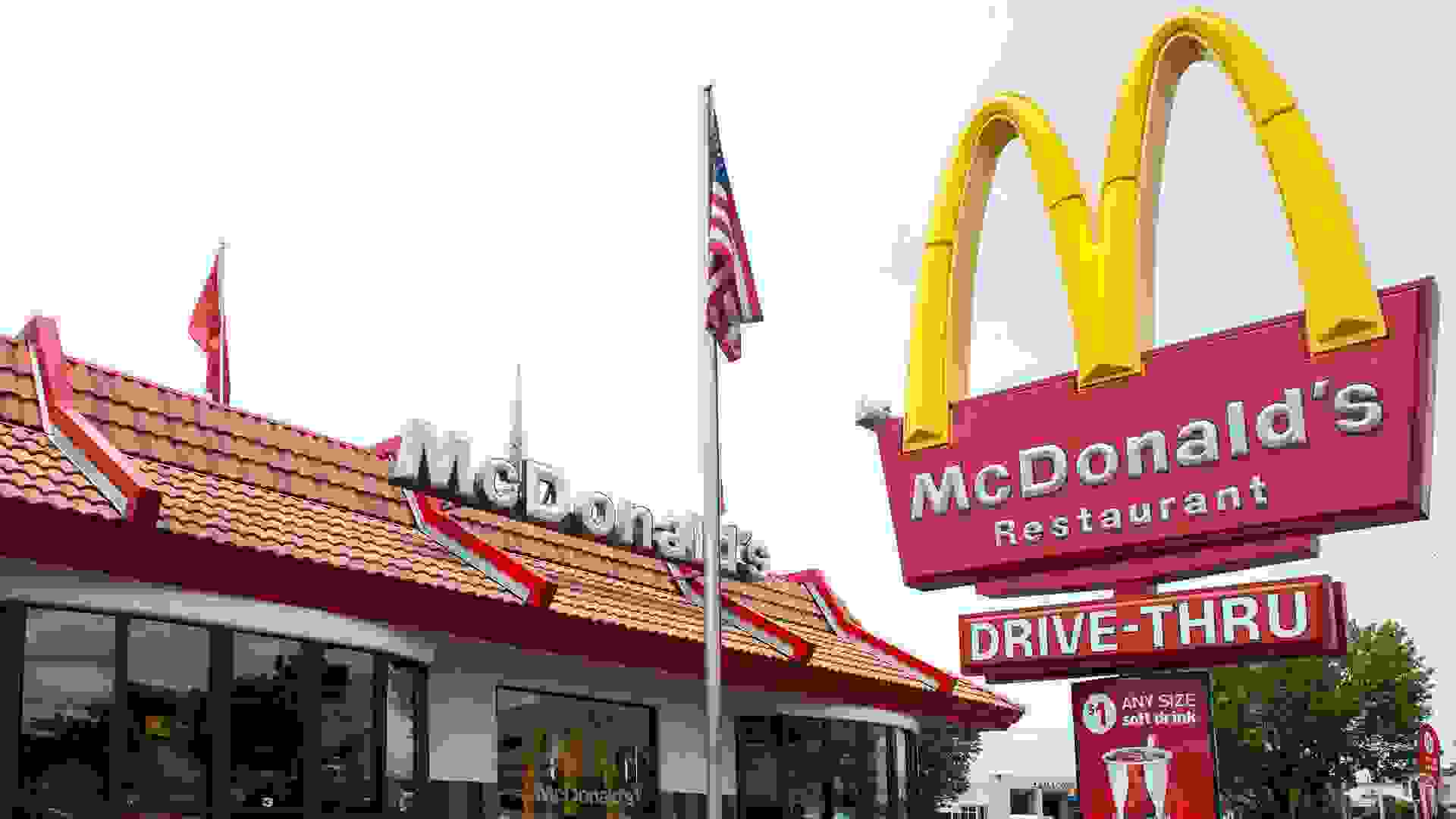 Apparently Lucas is no stranger to taking on fast food corporations. According to NBC Los Angeles, prior to filing suit on McDonald’s, he had filed against Jack in the Box twice without receiving any compensation for his claims. Lucas is a vexatious litigant — a person who files frivolous claims, according to NBC4 legal analyst Royal Oakes.

At the time of the McDonald’s suit, Lucas was not on California’s vexatious litigant list — which prohibits those on the list from future filings for a set amount of time — but he was as recently as March 1, 2018, with his 2014 case listed as the reason why. 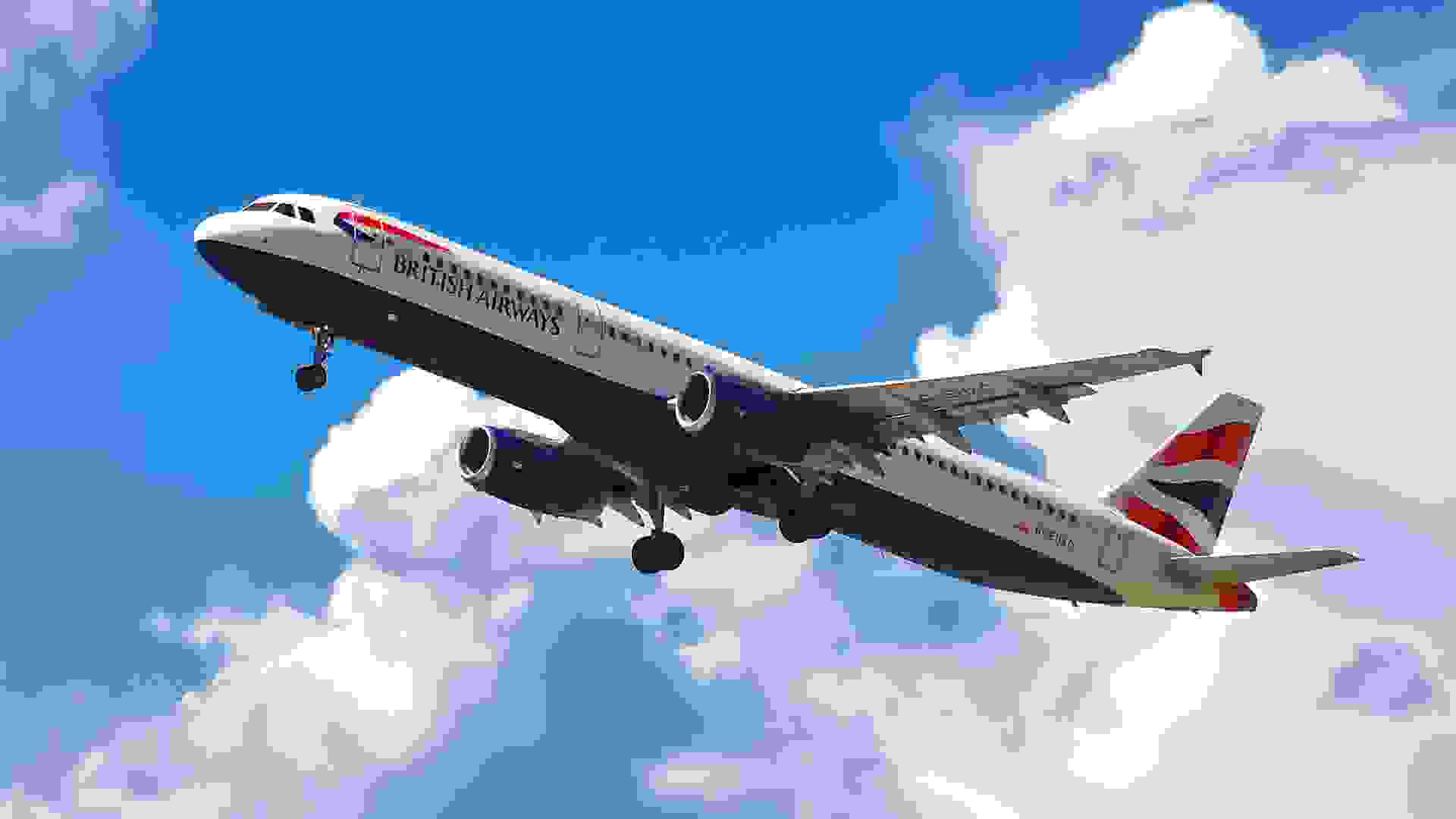 Dr. Edward Gamson and his partner booked a first-class flight through British Airways to Granada, Spain, in 2014, but a ticket mix-up sent the North Bethesda, Maryland, couple to the small Caribbean island country of Grenada. Grenada was spelled correctly on their tickets, but the couple didn’t notice they were headed in the wrong direction until 20 minutes after their St. Lucia-bound flight departed from London.

In total, they took seven different flights over three days to finally get to Lisbon, Portugal, where Gamson had a conference — the Granada, Spain, trip was supposed to be an added excursion — which cost $2,776. 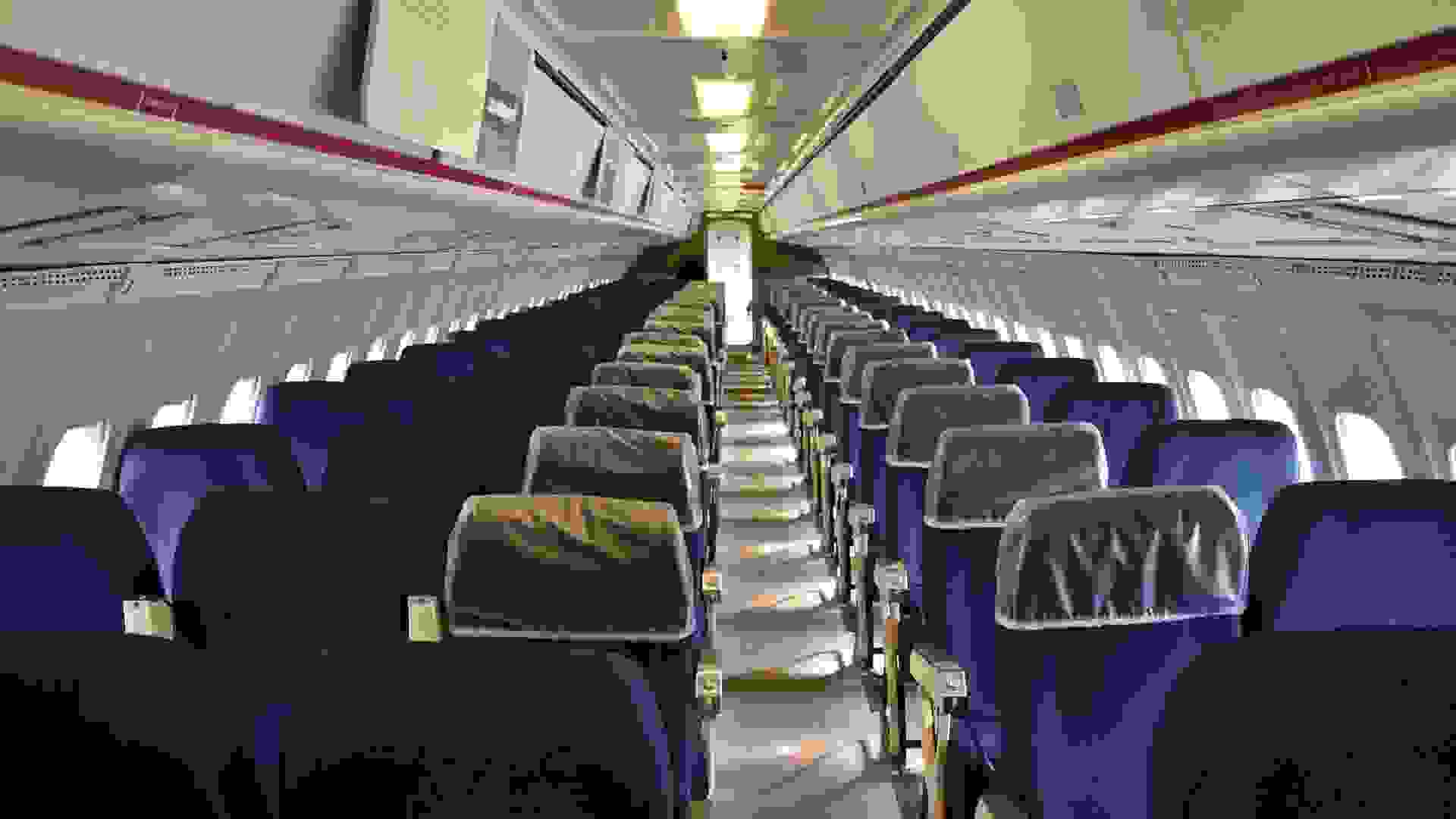 He tried to sue British Airways for $34,000, which he said covered his first-class flights and lost wages, but his case was dismissed. Gamson maybe should have stayed in Grenada — it has some of the most beautiful beaches in the world. 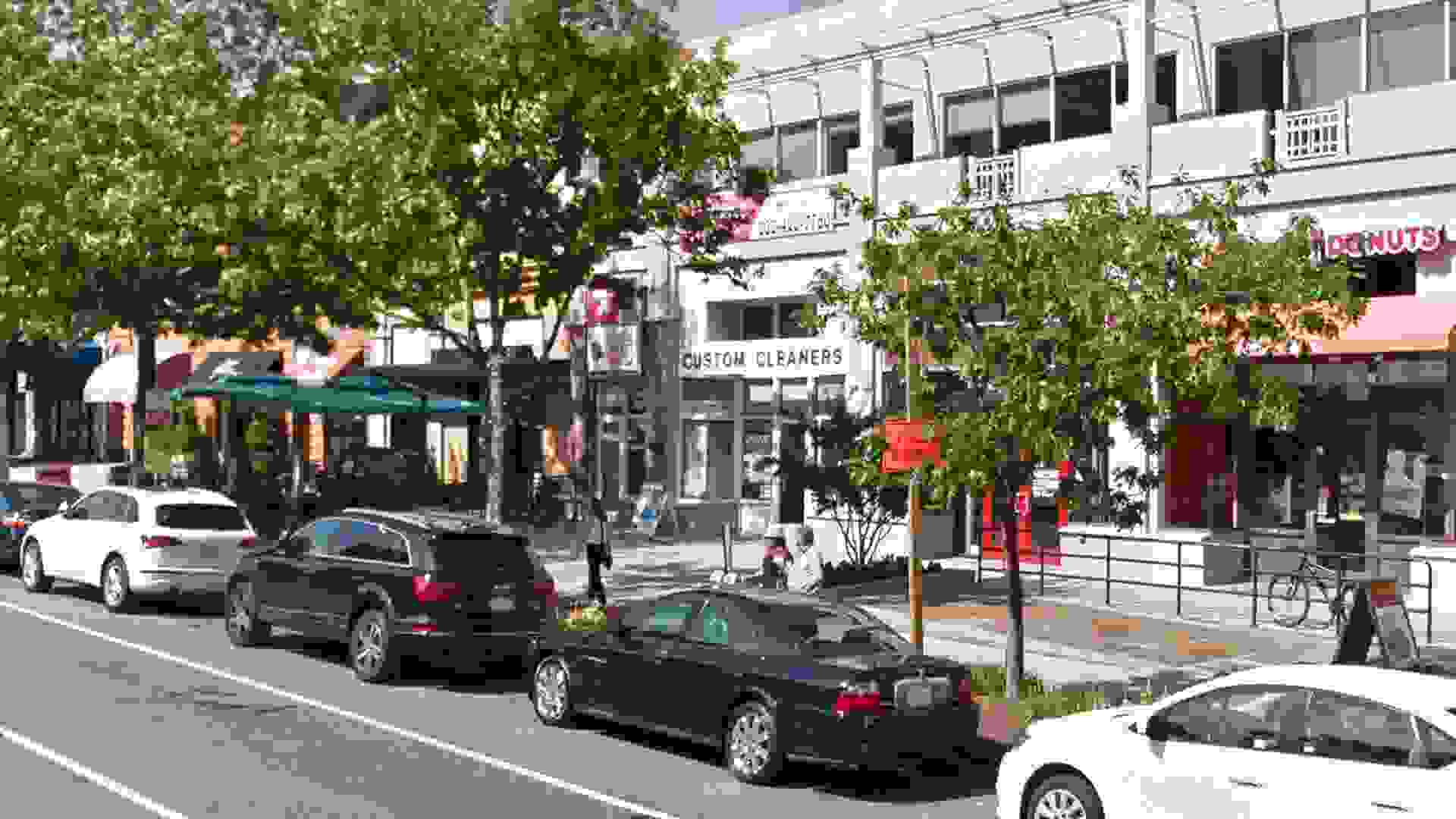 Administrative Law Judge Roy Pearson filed a $67 million lawsuit against Custom Cleaners — a Washington, D.C., dry cleaner — for allegedly losing a pair of his pants. The 2007 civil litigation made national headlines because of its outrageous nature.

When the dry cleaner found the pants, Pearson claimed they weren’t his and demanded $1,000 for a new suit. His request was denied, which spawned the lawsuit, which he eventually dropped to a “more reasonable” $54 million.

Check Out: 9 Money-Making ‘Schemes’ That Are Actually Legal 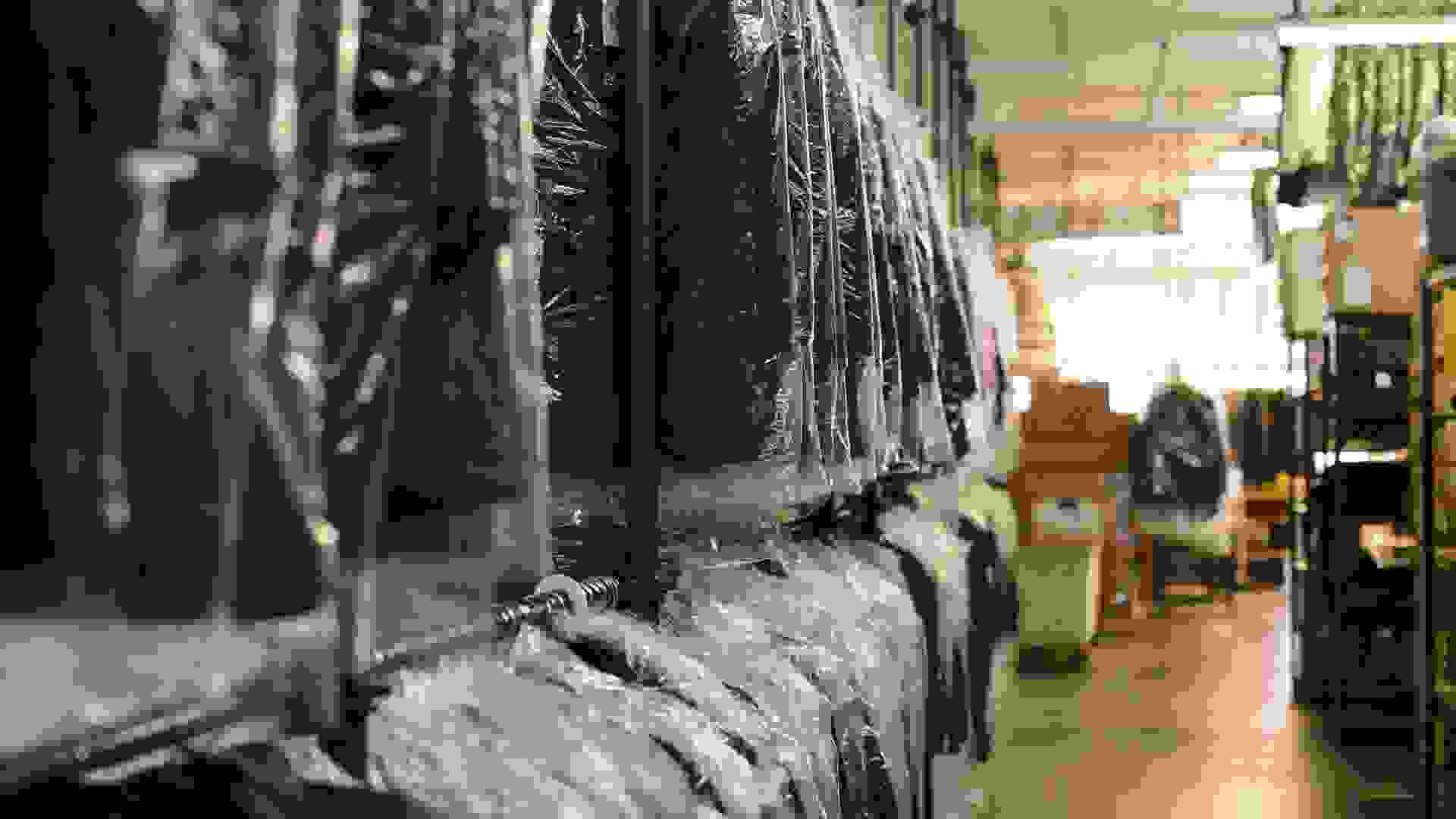 The judge ruled in favor of Custom Cleaners and forced Pearson to pay the business’ court fees, which totaled roughly $1,000. But, Pearson’s troubles weren’t over. In 2016, The Washington Post reported that the D.C. Board on Professional Responsibility found that Pearson committed two ethics violations in regards to the Custom Cleaners case and recommended sanctions that included Pearson being placed on probation from the practice of law for two years. 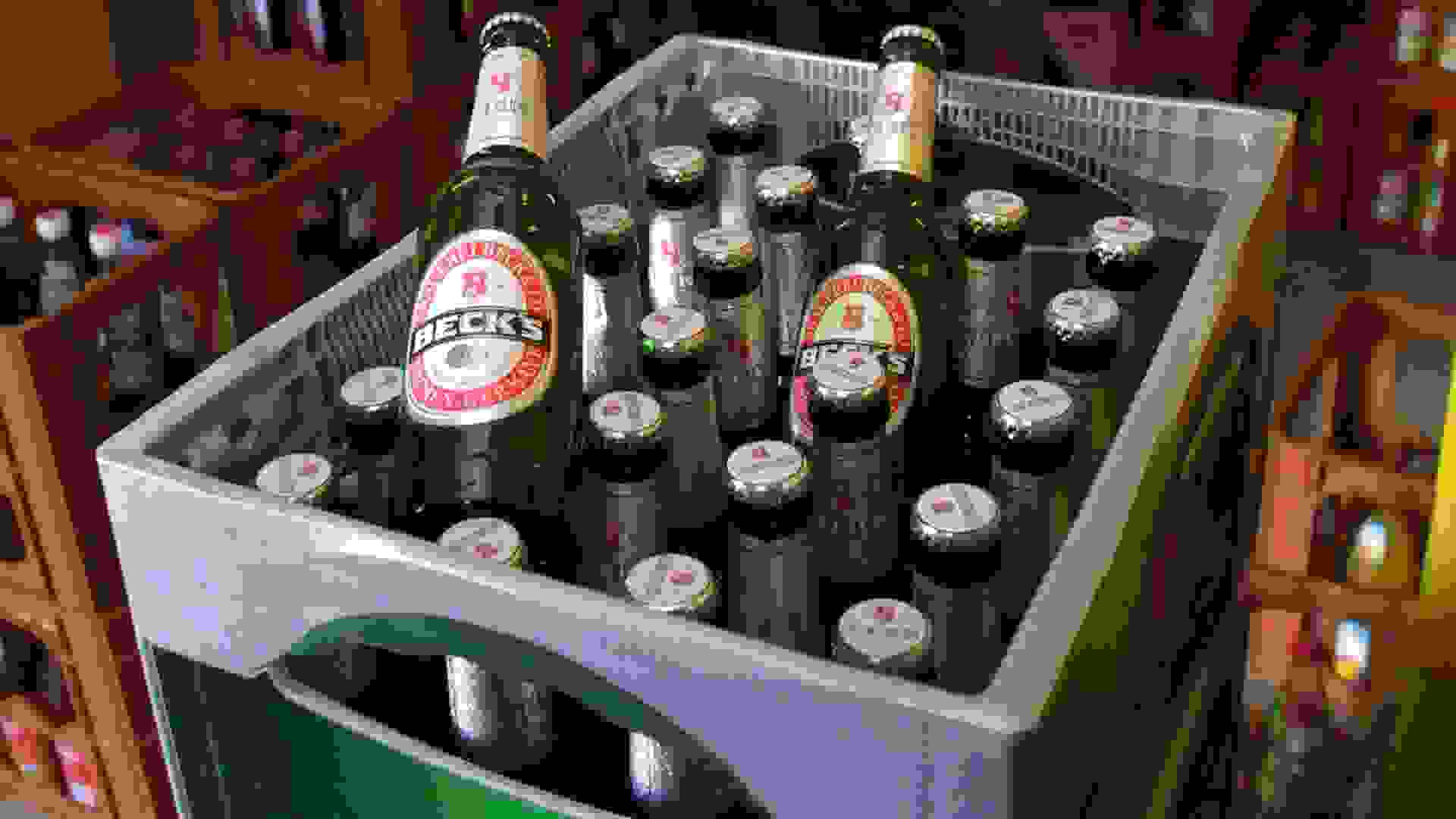 In 2013, several Beck’s beer aficionados filed a class-action lawsuit against Anheuser-Busch, seeking upward of $5 million, because they claimed deceptive packaging caused them to believe the beverage was manufactured in Germany. Production was moved to St. Louis in 2012, but “made in the U.S.A.” was almost nonexistent on the label. 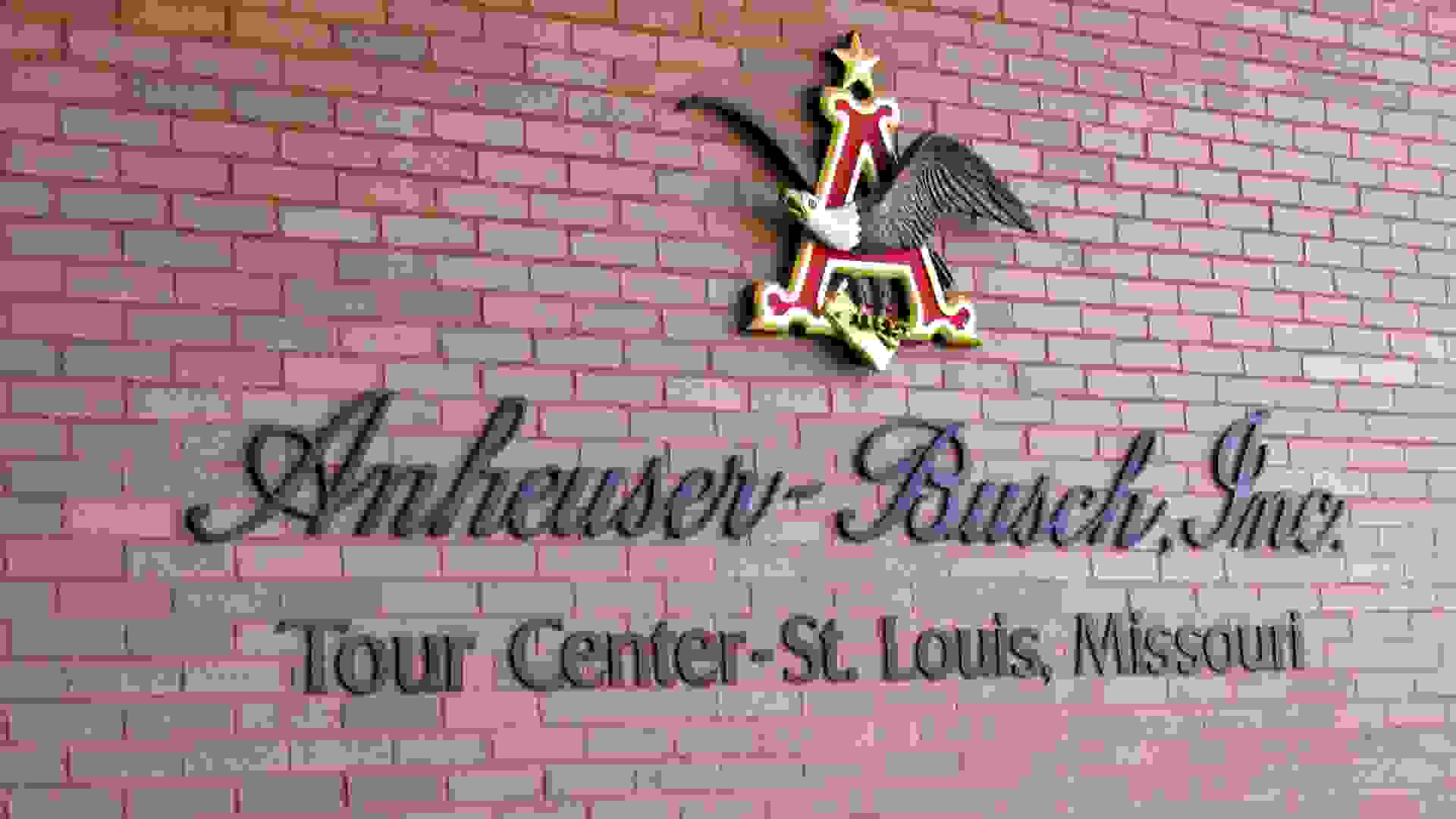 The court ruled in the plaintiffs’ favor, and U.S. Magistrate Judge John J. O’Sullivan approved a settlement for customers who purchased Beck’s Pilsner, Beck’s Dark, Beck’s Light and Beck’s Oktoberfest from May 1, 2011, to June 23, 2015. Those with receipts were able to file a claim for up to $50 per household or up to $12 without a receipt. 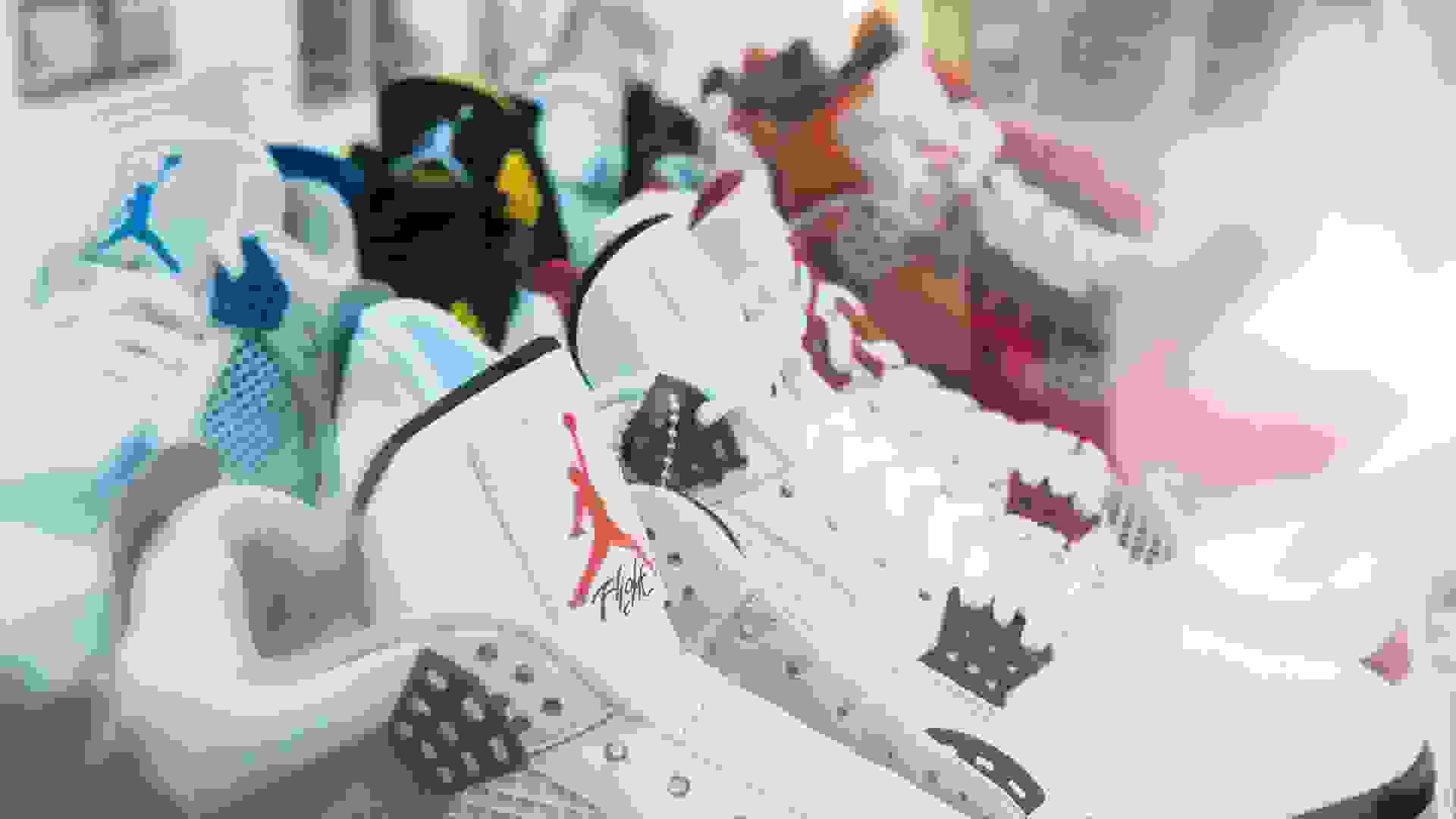 Imprisoned pimp Sirgiorgio Sanford Clardy sued Nike for $100 million in 2014, claiming his Air Jordan sneakers should’ve come with the warning that they could be used as a dangerous weapon. Clardy received a 100-year prison sentence for stomping on the face of a Portland, Oregon, prostitution customer who tried to flee a motel without paying. 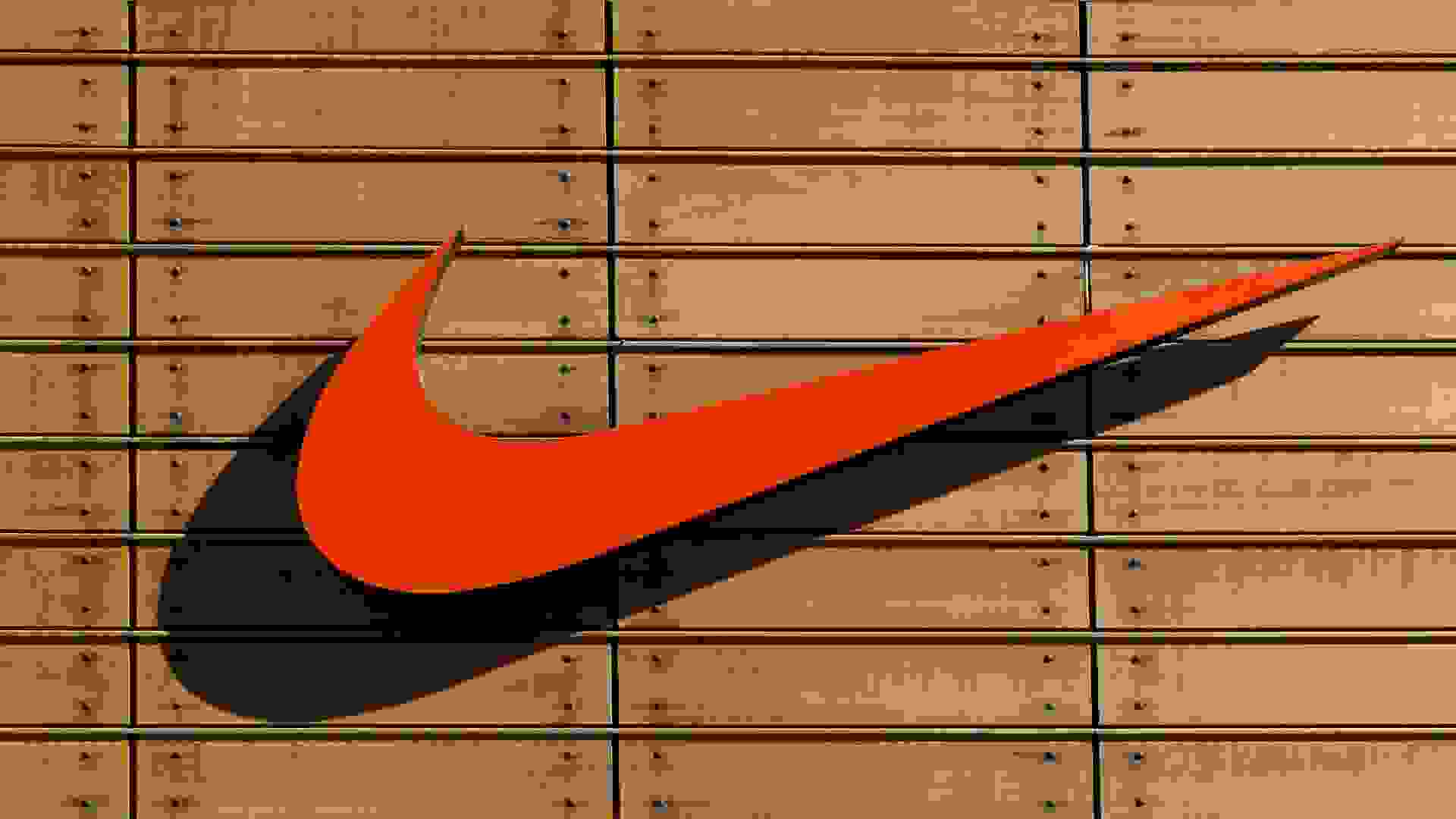 Clardy served as his own litigation lawyer, appearing by video feed from where he was incarcerated. Nike lawyers spoke for less than 90 seconds, reported The Oregonian, whereas Clardy rambled on — often off-topic — for most of the rest of the hearing. After he failed to prove his case, it was promptly dismissed. 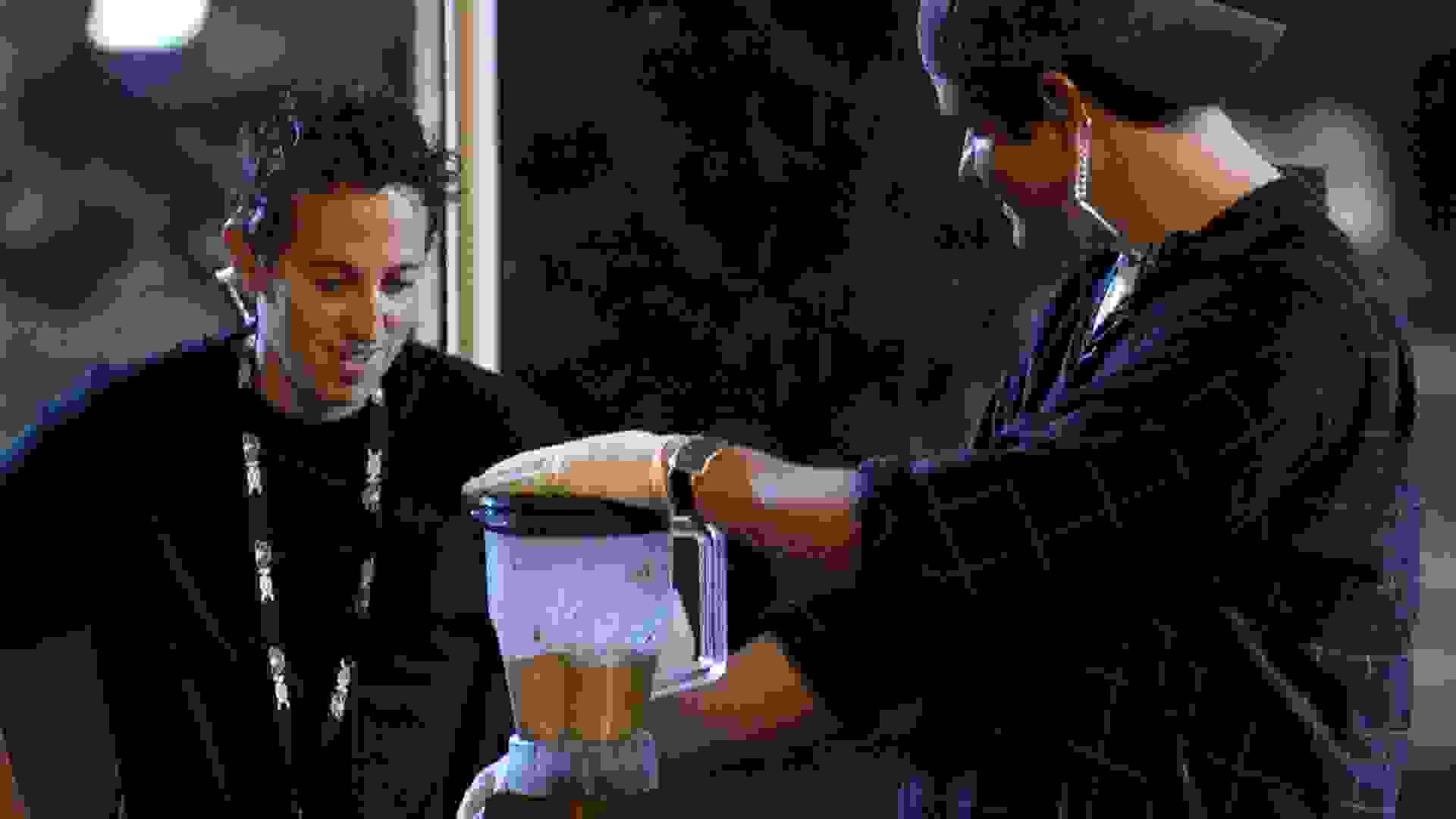 “Fear Factor” viewer Austin Aitken sued NBC for $2.5 million in 2005 because a segment where contestants ate rats mixed in a blender caused him to vomit, become disoriented and run into a doorway. He felt the stunt went “too far,” but was unable to turn the television off fast enough to avoid the stunt. 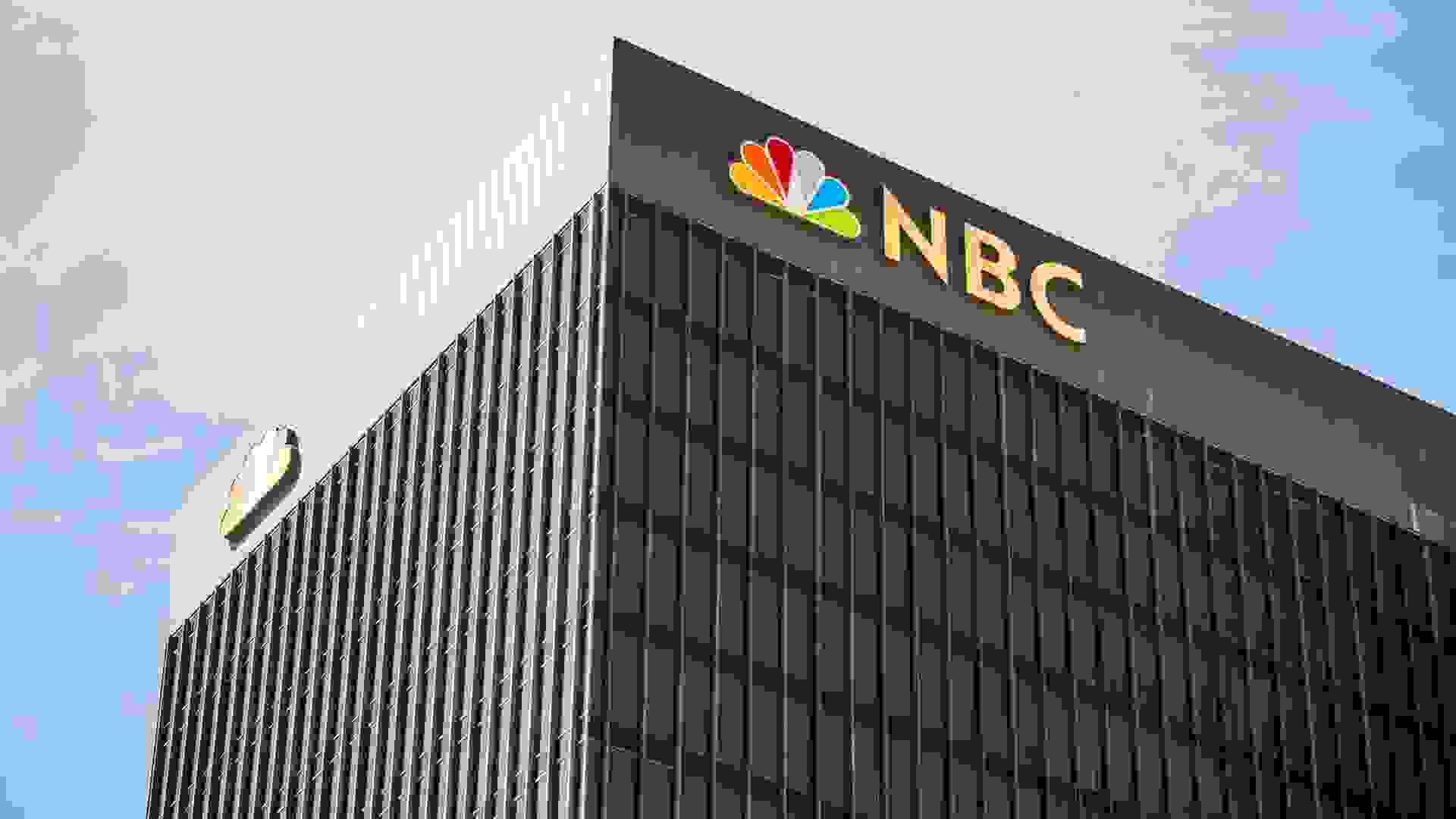 The outcome wasn’t quite as Aitken had hoped, however. His frivolous lawsuit was dismissed, and U.S. District Judge Lesley Wells warned him against filing an appeal. 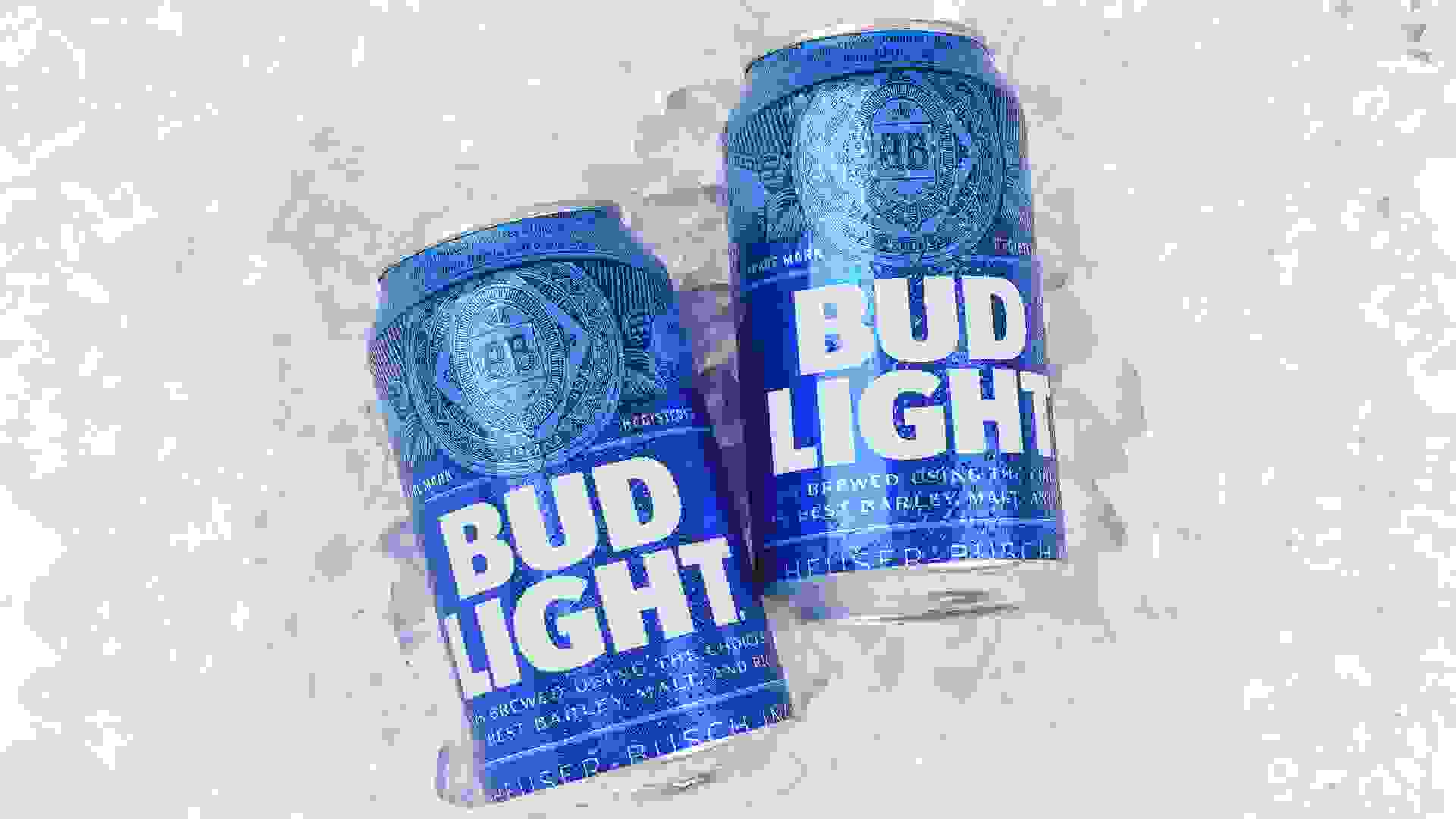 Richard Overton sued Anheuser-Busch in 1991 for $10,000, claiming that its advertisements were “untrue, deceptive and/or misleading.” Overton stated that Bud Light’s TV commercials led consumers to buy products that were “dangerous” and could lead to addiction or death.

According to the official lawsuit, Overton “pointed to [Anheuser-Busch’s] television advertisements featuring Bud Light as the source of fantasies coming to life — fantasies involving tropical settings, and beautiful women and men engaged in unrestricted merriment.” And as it turns out, drinking beer does not automatically mean you’ll be transported to a tropical island inhabited by beautiful people.

Overton sought monetary damages because he alleged that the “misleading advertisements had caused him physical and mental injury, emotional distress and financial loss.” 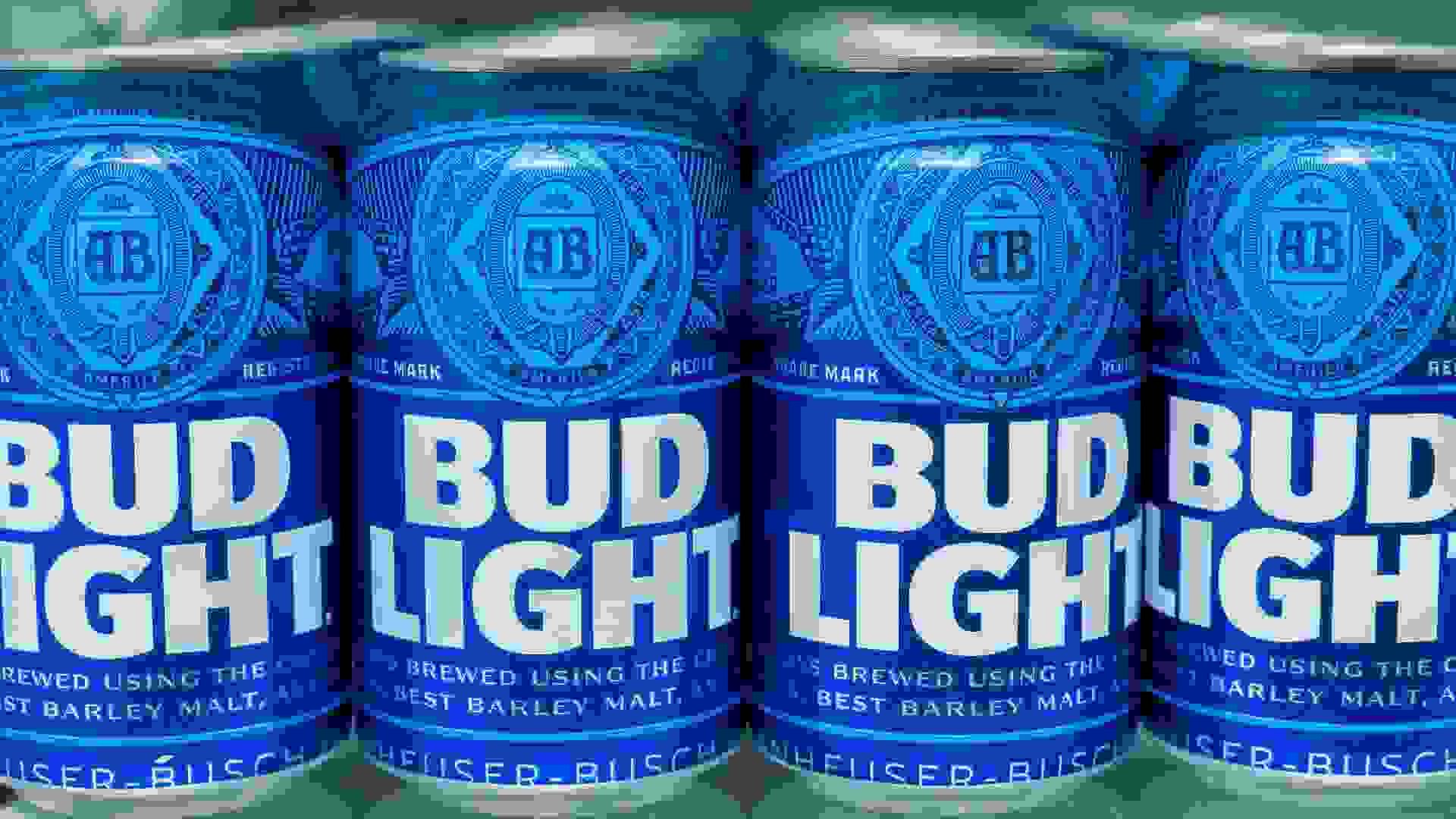 The Michigan Court of Appeals dismissed Overton’s case based on his “failure to state a claim upon which relief could be granted.” The court found that the dangers associated with consuming beer are well-known and therefore didn’t have to be explicitly stated in a commercial. 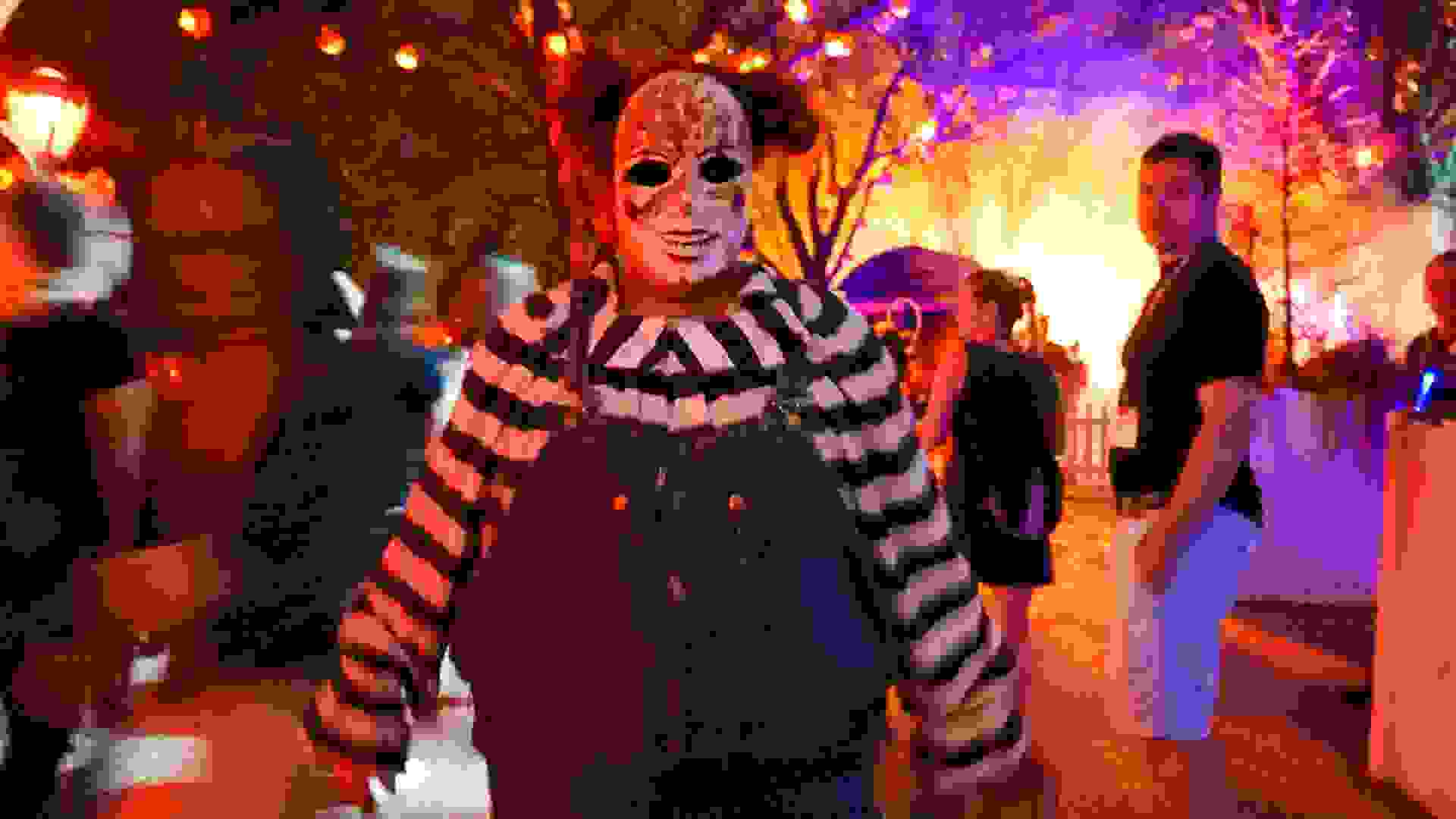 People attend Universal Studios Florida’s annual Halloween Horror Nights to enjoy some fun and frights, but one grandma got more than she bargained for. Cleanthi Peters sued Universal Studios in 1998 for emotional and physical damage stemming from a visit to one of the haunted house attractions. At the end of the haunted house, which Peters was visiting with her grandchild, a man wielding a chainsaw prop frightened them, so they ran hurriedly for the exit door. Unfortunately for Peters, there was a puddle outside the door that caused her to slip and fail. She sued Universal for $15,000 for physical injuries as well as “extreme fear, emotional distress and mental anguish,” the Orlando Sentinal reported. 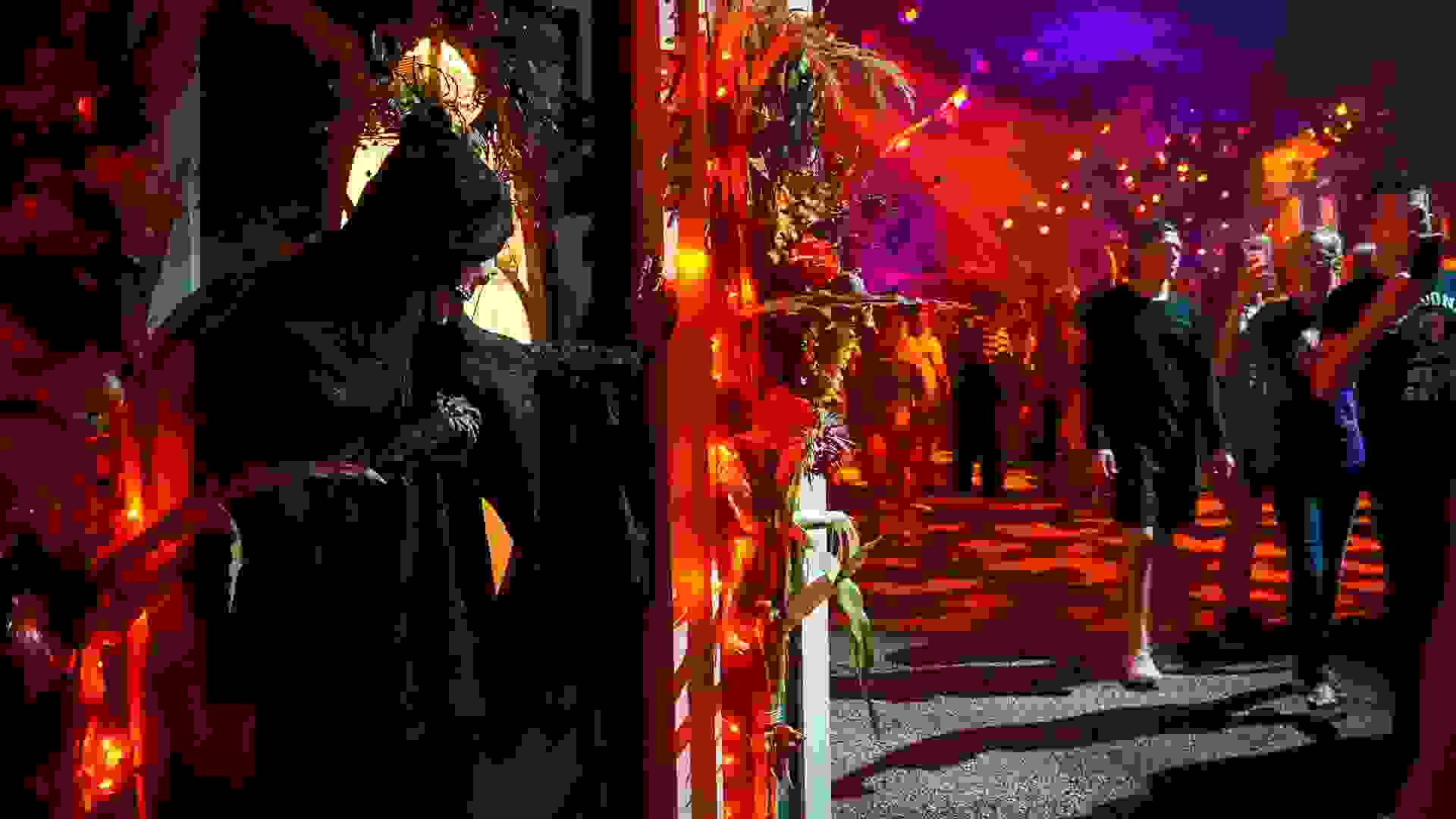 Peters’ lawsuit never made it to trial. The case was settled out of court, according to the book “Off Course.” 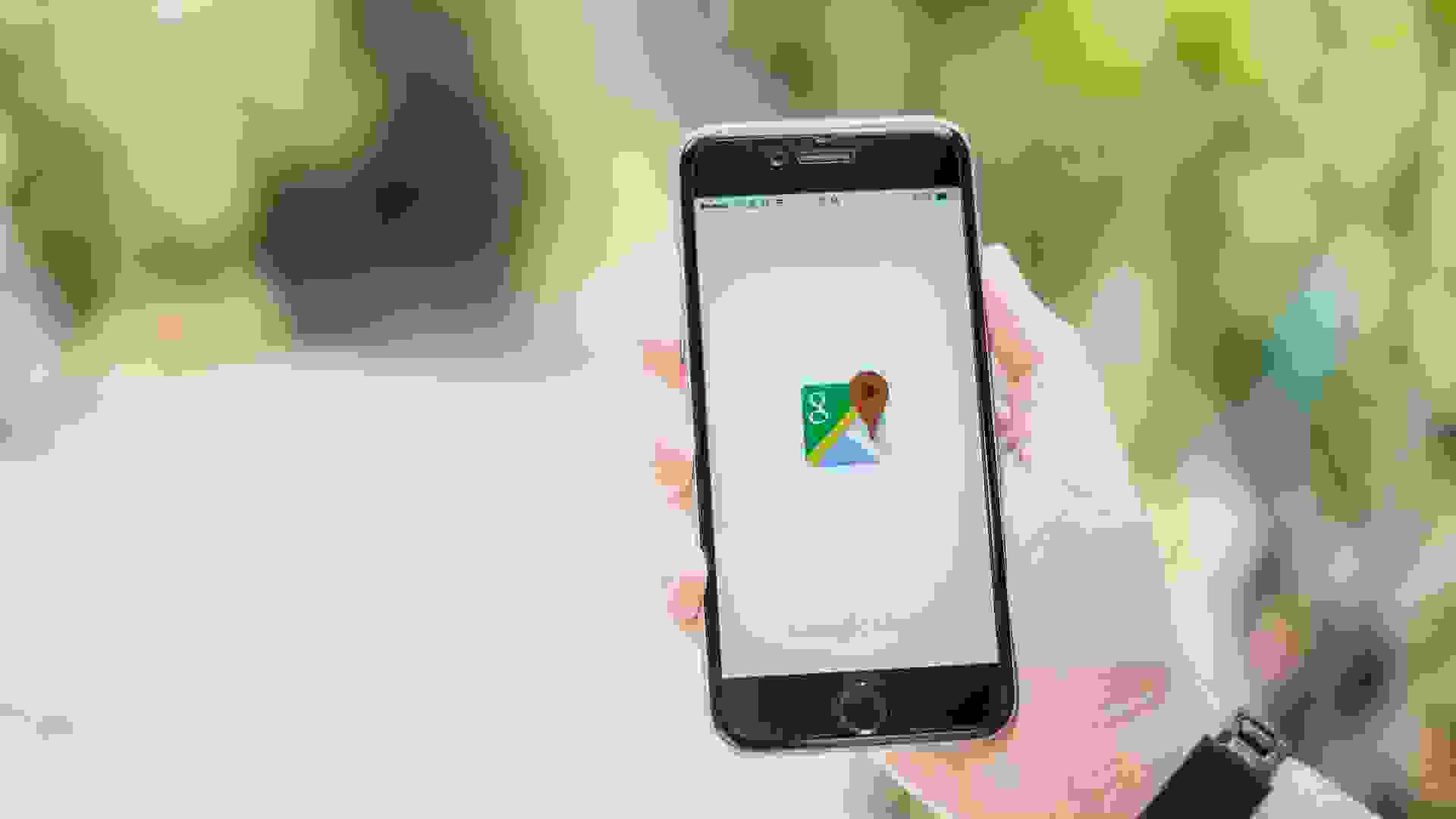 Nowadays it’s hard to imagine getting around without Google Maps — but one woman might have taken the app’s directions too literally. Lauren Rosenberg sued Google in 2011 after the search engine’s map tool instructed her to walk across a rural highway. Instead of taking a safer route and allowing Google to recalculate, Rosenberg followed the walking directions, walked across the highway into oncoming traffic and ended up getting hit by a car. She was seriously injured and sued both Google — for negligence, failure to warn and defective design — and the driver of the car that hit her. Google asked the third judicial district court in Salt Lake City to dismiss the claims. 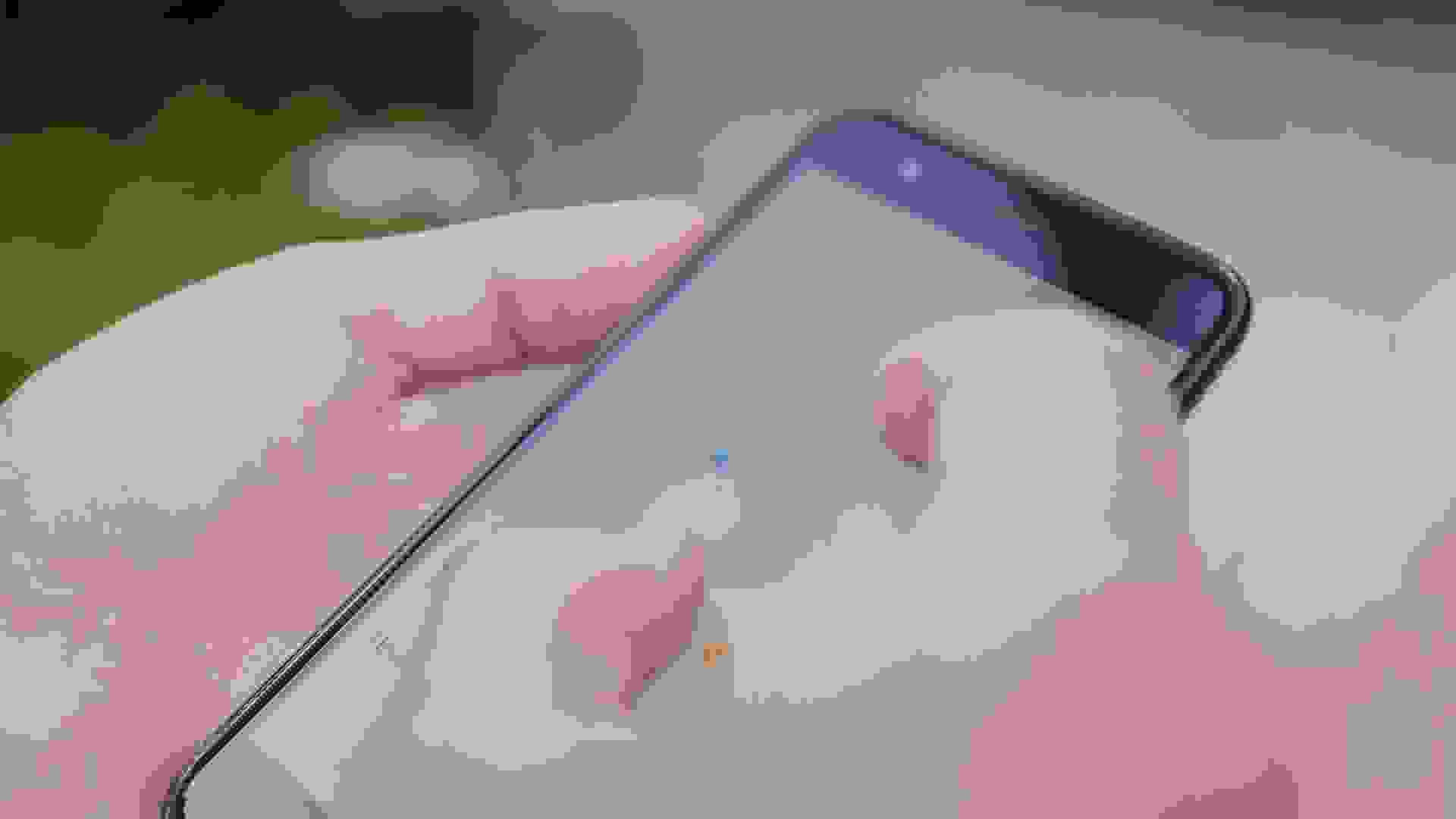 The district judge granted Google’s request to dismiss Rosenberg’s claims. The judge found that there was “no special, fiduciary or contractual relationship between the parties that would give rise to a duty of protection.” In addition, the judge found that the route Google Maps suggested wasn’t inherently dangerous.

“Rosenberg points to nothing in the Complaint that alleges that an accident is more likely along the route in question than any other route,” the judge stated in his decision. “Furthermore, as Google points out, it is unlikely that a pedestrian will be injured while crossing a road, as Rosenberg was here, unless the pedestrian breaches their own duty and disregards the risks to cross the road in front of oncoming traffic.”

Cynthia Measom and Gabrielle Olya contributed to the reporting for this article. 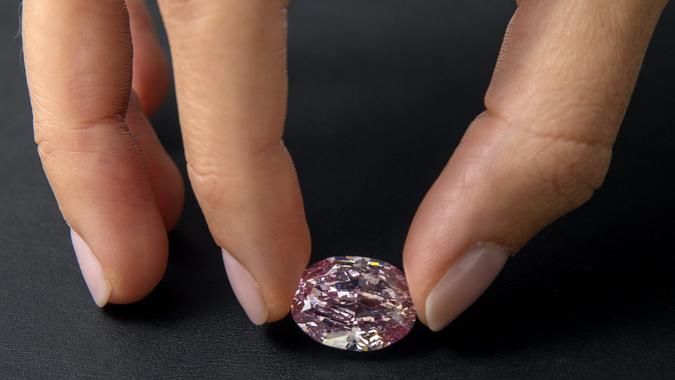