Having a billion dollars in the bank is something that the average American can only dream about, but a select few of the world’s wealthiest people carry that kind of purchasing power around in their back pockets. Warren Buffett, the investment mogul behind Berkshire Hathaway who ranks second on Forbes’ 2017 Billionaires List, is one such influencer.

Despite his humble nature, Warren Buffett continues to be the embodiment of what all novice investors and entrepreneurs hope to achieve financially. Followers are always working to get near Buffett’s level; sometimes they even get an opportunity to get close to his billions — symbolically, at least. Warren Buffett’s wallet is almost as famous as the man himself, and he’s posed with it out in countless pictures, encouraging his photo mates to do the same.

So What’s in Warren Buffett’s Wallet?

GOBankingRates found that the Oracle of Omaha is actually pretty practical about what he carries around in his pocket. We asked Buffett: “What’s always in your wallet (aside from your ID), and why can’t you leave home without it?”

Buffett shared two items that he cherishes so much that he always keeps them close at hand. “I’ve got pictures of my children when they were young, and there are pictures of my grandchildren when they were young,” Buffett said. The $75 billion investor also noted, “I have a $50 dollar bill from a bank we owned in Rockford, Ill., that’s signed by the fella who ran the bank for me. They issued their own currency, so I carry that around for good luck.”

Clearly, the billionaire is nostalgic and a little superstitious — not necessarily qualities you would expect of an accomplished entrepreneur. But who knows, perhaps the items inside the infamous wallet speak to Buffett’s riches. 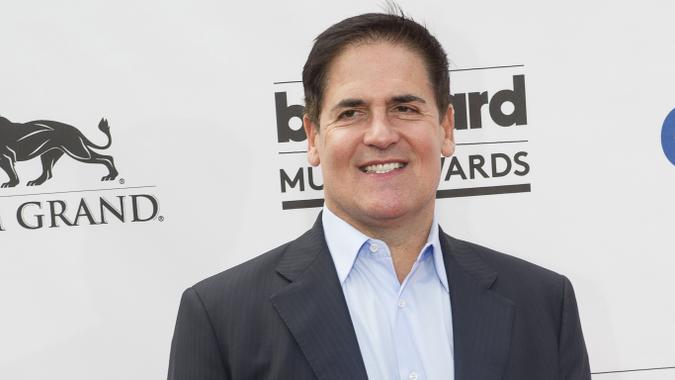