How Much Is Jennifer Lawrence Worth? 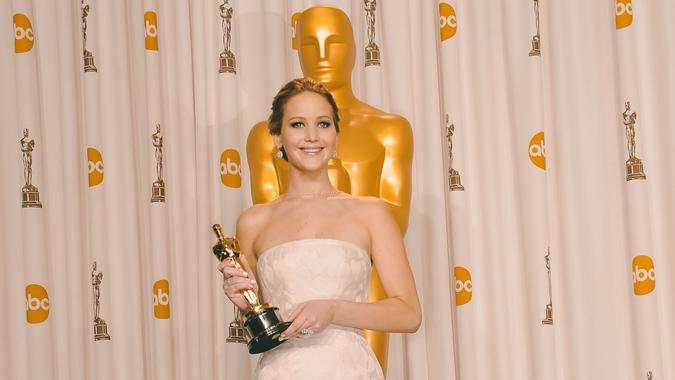 By the time Jennifer Lawrence turned 30, the “Hunger Games” actress had already won an Academy Award — along with the hearts of her fans. She has a net worth of $160 million, according to Celebrity Net Worth.

Being the tribute paid off in a big way for Lawrence. She earned $500,000 for the first “Hunger Games” film, $10 million for the second and at least $40 million for the third and fourth movies in the series. As her fame grew, so did her asking price. She’s now in a position to ask for at least $15 million for a movie role. In addition to acting, Lawrence earns money through her production company Excellent Cadaver.

Related: The 28 Richest Actresses of All Time

Jennifer Lawrence started her acting career in 2006 when she appeared in the TV movie “Company Town.” She followed this with a series of roles in TV shows, including the part of Lauren in “The Bill Engvall Show.”

In 2012, Lawrence starred as Katniss Everdeen in the “Hunger Games” trilogy. For her critically acclaimed performance as Tiffany in “Silver Linings Playbook,” Lawrence won her first Academy Award and Golden Globe.

Jennifer Lawrence started the Jennifer Lawrence Foundation in 2015. Its mission is to support other charities in providing for children’s basic needs and increasing artistic awareness. The organization partners with groups like the Boys & Girls Club, Make a Wish Foundation and Be the Match to achieve its goals.

Read: The Richest Celebrity From Every State

Jennifer Lawrence has homes in Beverly Hills and New York City. She purchased her Beverly Hills home in 2014 for just over $8 million; in New York, she maintains a 5,000-square-foot apartment in the West Village that she picked up for $22 million. Lawrence rents out her Tribeca apartment for a minimum of $25,000 per month. She previously owned a penthouse on the Upper West Side that she sold in 2020 for a nearly $6 million loss.