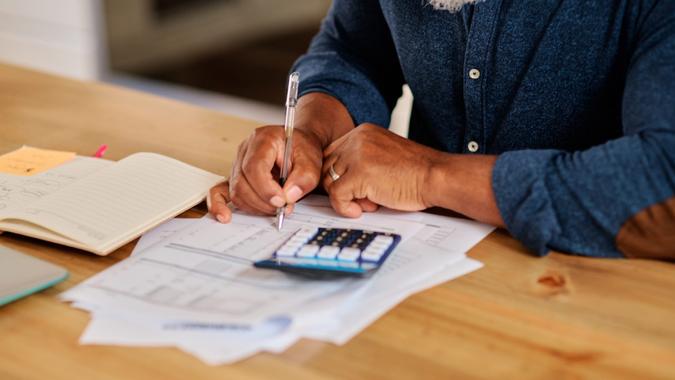 The IRS reviews the limits on contributions to retirement plans like 401(k) plans every year. Occasionally, typically in response to rising inflation, it raises these limits. Such is the case in tax year 2022. However, there are possibly greater changes in store for a different type of retirement account in 2022, the so-called “backdoor” Roth IRA. Here’s an overview of both current and proposed changes to these two types of retirement plans in 2022.

See: Jaw-Dropping Stats About the State of Retirement in America
Read More: All You Need To Know About Collecting Social Security While Still Working

What Is a Backdoor Roth IRA

A backdoor Roth IRA is a strategy used by wealthy taxpayers to get money into a Roth IRA, even if they earn more than IRS income limits. For example, for tax year 2022, joint filers can’t contribute to a Roth IRA if they have a modified adjusted gross income of above $214,000. For single filers, the limit is $144,000. The solution in both of these cases is the backdoor Roth IRA.

Even better, high-income taxpayers can make after-tax contributions to a 401(k) plan, as long as their total contribution, including pretax and employer matching contributions, doesn’t exceed the annual IRS limit. Then, these funds can be converted to a Roth 401(k) or IRA.

Converting money from an IRA or 401(k) plan to a Roth IRA allows the earnings on that money to be withdrawn tax-free in retirement. If left in the traditional IRA or 401(k) plan, those earnings would ultimately be taxable. This is why the backdoor Roth IRA strategy is such a benefit to high-income taxpayers.

What Are the Proposed Changes to a Backdoor Roth IRA?

The backdoor Roth IRA strategy is still currently viable, but that may change at any time in 2022. Under the provisions of the Build Back Better bill, which passed the House of Representatives in 2021, high-income taxpayers would be prevented from making Roth conversions. The proposed income limits are $400,000 for single filers and $450,000 for joint filers. However, this bill has yet to pass the Senate, and until it garners full Congressional approval, backdoor Roth IRAs are still allowable.

Any type of legislation that is under debate is likely to change before it passes both houses of Congress, if it ever does. However, as there is immense presidential pressure to move the Build Back Better bill forward, it’s likely to remain under active debate in 2022. The provisions of the bill may be watered down, or the idea to eliminate the backdoor Roth may be dropped entirely. But if you’re a high-income taxpayer looking to take advantage of this strategy, you might want to move sooner rather than later. Consult with your financial and tax advisors to ensure that the strategy makes sense for you, and keep an ear open for any potential developments on the legislative front.