Great Resignation: 21% of Workers Who Left Job Cashed Out 401(k) — How Can They Rebuild Savings? 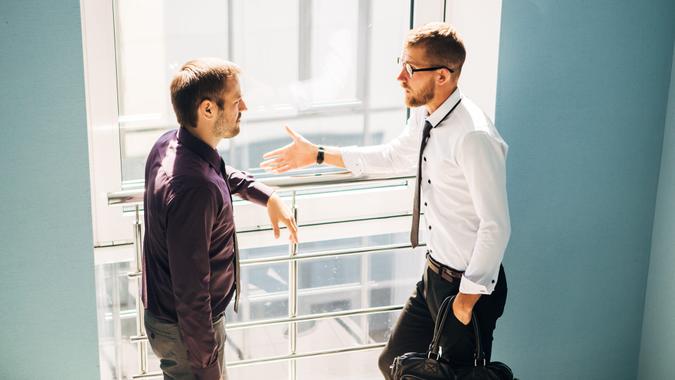 The pandemic has had enormous financial consequences on many Americans, who in turn have had to reconsider their retirement plans. Complicating the matter, the Great Resignation is also affecting retirement planning — a new survey finds that 21% of Americans who left their jobs cashed out their 401(k) plans.

The Great Resignation: Who Is Quitting and Which Job Sectors Are Suffering Most?
Related: Is Work-Life Balance Worth a Pay Cut? One-Third of Workers Thought So During Pandemic

The new Fidelity Investments 2022 State of Retirement Planning Study, released March 17, finds that one of the more profound impacts of the pandemic is the rise of the Great Resignation, and 80% of the next generation of investors (respondents aged 18-35) saying they are now more determined than ever to focus on their passions and dreams.

While much of this change is empowering, some young investors may require some future retirement guidance, as 1 out of 5 who quit opted to cash out of their 401(k), a move that could potentially have a longer-term negative impact, the Fidelity study notes.

“The fact that so many people who left their jobs as a result of the Great Resignation also cashed out of their 401(k)s may be cause for concern,” Rita Assaf, vice president of Retirement at Fidelity Investments, said in the study. “Taking money out of your retirement accounts completely should be avoided unless the immediate need is critical and there are no other options, not only because of the tax implications, but also due to the impact on your retirement nest egg. If possible, one of the most important things you can do to prepare yourself for retirement is to start saving as early as possible, since you have time and the power of compound interest potentially on your side.”

The study also found that there are misconceptions around drawing down too quickly on a retirement nest egg that was decades in the making, which may also be an area of concern.

According to Fidelity, 1 in 5 of all respondents thought a financial professional would recommend a withdrawal rate of 10-15% of retirement savings every year.

“In fact, withdrawing that amount would be far above Fidelity’s suggestion to withdraw no more than 4 to 5% from savings yearly–and could lead to depleting one’s retirement savings far too quickly,” the study noted, adding that of immediate concern, this view was held by 20% of Gen Xers and 15% of baby boomers.

Fidelity says it’s never too late to start planning, however, whether you put your retirement plans on pause during the pandemic or cashed out.

“For those who want to start planning but feel overwhelmed, it’s important to keep in mind you don’t have to do it all at once. In fact, keeping things bite size can be more effective when it comes to goal setting: by an almost 2:1 margin (63% vs. 37%), people find making small improvements and milestones more motivating than imagining a big payoff,” according to the study.

In addition, retirement planning differs by generation — for those 30 years away, having a plan means determining how much you should be saving on a regular basis and what accounts those savings should be put into based on tax and investing considerations.

“As people get closer to retirement, they need to think and plan for more complex topics,” the study added.