10 Most Underrated US Cities for a Quality Retirement 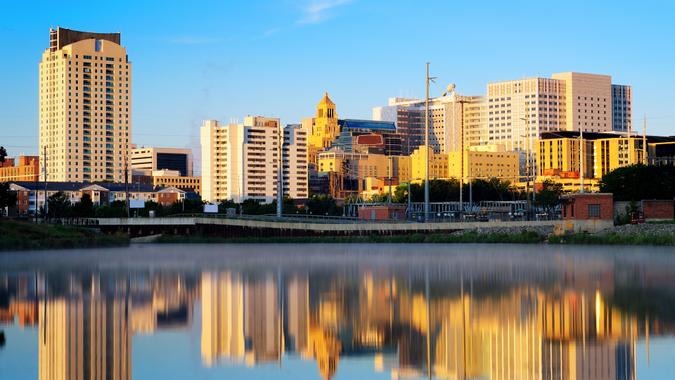 When it’s finally time to call it quits and ride off into the sunset, you probably want to do so in a place that is the right fit for you. As a retiree, you may not have much holding you back — especially if you decide to retire early. With a virtually unlimited number of choices, however, it can be tough to choose where to live out your golden years.

Chances are, there are certain things you want in your retirement city, such as community engagement, room for outdoor activities, and overall livability. Of course, it helps if you can keep your costs down too, especially if you depend heavily on Social Security.

While states like Florida and California are often the go-to for those who want to retire to a warmer climate, there are other parts of the country that can be just as nice. Let’s take a look at some of the most underrated U.S. cities for a quality retirement for those who like to carve their own path.

Nestled in the foothills of the Blue Ridge Mountains, Lynchburg is a lovely place to retire for outdoors enthusiasts. The city has no shortage of parks and hiking trails, including the James River Heritage Trail, which cuts through the James River. Lynchburg has strong scores for both livability and cost of living, meaning you’ll have a high quality of life without spending a fortune.

If affordability is one of your top priorities as you look for a place to retire, Nolensville, Tennessee may not be the best choice. Indeed, the city is a bit pricey, but it’s still worth a look for several reasons.

“Nolensville is small with a lot of charm and very family friendly,” says Datha Santomieri, co-founder and vice president of Steadily, a national insurance agency. “While on the smaller side, the town has many local businesses bringing in revenue and no influence of large corporations.”

St. Charles is one of three cities on this list with an excellent 84 livability score. Of those cities, though, it has the lowest cost of living score — 92.2 puts it firmly below the baseline of 100, which is the national average. In other words, St. Charles is a great place to live overall while still being affordable.

Another town in the foothills of the Blue Ridge, Clemson is home to Clemson University and part of the Greenville-Spartanburg metropolitan area. Clemson is another city with an exceptional livability score while still being relatively affordable. It has a mostly small-town feel while giving residents access to plenty of outdoor activities.

Fort Wayne is one of the most affordable cities on this list despite having a population of over 250,000. It does have a lower livability score than some of the other cities mentioned here, but it’s worth noting that its F rating for schools drags its livability score down. If you are a retiree, you may not be too worried about schools. It does have a D grade for crime as well, though, which could be more concerning.

Bella Vista is another city that offers a nice combination of relative affordability and livability. For instance, as of May 2022, the average rent in the city is just $795, which is a decrease from the previous year. Bella Vista has an A- or higher rating for schools, crime, and user ratings, according to Area Vibes.

Located about halfway between Tampa and Orlando, Winter Haven is certainly a place you may want to go to escape the cold weather up north. Although the city is a bit remote, it maintains a high livability score. Plus, its cost of living is reasonable for a Florida town, at 12% below the average for the state.

Located in the far western part of the state, Bullhead City is much closer to Las Vegas than it is to Phoenix. Hence, it could be a way to escape the noise of the Strip — not to mention the rising costs in Vegas. It does have the lowest livability score on this list, but its lowest marks are in schools and employment, which may not be deal-breakers for retirees.

Situated in the Blue Ridge Mountains of southwest Virginia, this city is known for the Roanoke Star, a neon star that sits atop Mill Mountain. Its location also makes it a short drive to several larger cities, such as New York and Washington, D.C. Overall, Roanoke is affordable with an acceptable livability score. That being said, housing and crime appear to be an issue in the city.

Located about 90 minutes to the southeast of Minneapolis, Rochester has plenty to offer on its own. In addition to being home to the world-renowned Mayo Clinic, Rochester also has more than 100 parks and over 85 miles of trails. It’s also one of the three cities on this list with an excellent 84 livability score. While its cost of living is the highest of the three mentioned here, its score in that area is still below the national average of 100.

Note: Cost of living scores via BestPlaces.net and livability scores via AreaVibes.com.