What’s the Earliest You Could Retire? 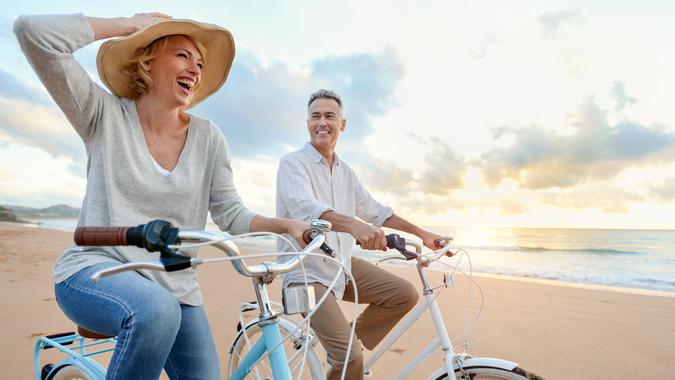 Retiring early is a dream for many Americans, but there are many variables you’ll have to factor in if that’s your intention. For starters, the earlier you retire, the longer your money will have to last you. Retiring at age 67 with $1 million may very well fund a happy lifestyle, but trying to retire at age 40 with the same amount won’t likely produce the same results.

See: 8 Purchases Retirees Almost Always Regret
Find Out: The Downsides of Retirement That Nobody Talks About

Theoretically, you can retire at nearly any age you want. You’ll just need to amass enough wealth so that you can cover your expenses for the entirety of your retirement while factoring in an additional buffer. But to answer the question of “how early can I retire,” you’ll have to work with a sliding scale of life expectancy, income and expenses. Here are some factors to consider.

Whether you’re retiring at 30 or 80, you’ll have to accumulate enough assets so that the income they generate will fund your lifestyle on a permanent basis. The longer you’ll be retired, the more assets and income you’ll need.

This is where retiring early becomes something of a double-edged sword. Not only will you have to stretch your assets over a longer retirement, but you’ll also have fewer years to earn that income before you retire.

Remember that if you truly retire early, the income you have now will not exist. So you’ll have to plan to live off investment income, at least until your Social Security kicks in. But with an early retirement, that might not be for 30 or more years.

Expenses are hard to project over the long run. You can start with your current expenses to get a gauge as to how much income you’ll need annually if you retire, but the truth is your expenses are likely to vary a great deal as you age. While you are young, you might be saving every last penny to retire early, but once you’re done working, you’re likely going to want to do more things that cost money, such as travel or eating out or even just living with more free time on your hands. Plus, as you age, you’ll have to factor in variables like rising health and prescription costs, insurance and possibly long-term care.

Here is where the rubber meets the road. What’s the earliest you can retire? Let’s do some math.

After making adjustments for things like inflation, multiply the amount you want per year by the number of years of your anticipated retirement. It’s best here to add a buffer of more years than you may think because life expectancies are much longer now than they were for your parents.

The simplest way to find out when you can retire is to compare this number with the total amount you think you can save. In other words, if you want to draw an average of $50,000 per year for 50 years, you’ll need $2.5 million. That is a simple example that doesn’t really account for inflation, but it makes the point.

Another way to look at it is that you have to save enough so your portfolio will kick off $50,000 per year in income. With $2.5 million in assets, that would amount to an annual interest rate of 2%. That rate is easily achievable, but you’ll have to factor in taxes and inflation, meaning you’d likely have to earn double that amount.

But to get a more accurate estimate of when you can really retire, you should consult with a financial advisor and/or use one of the many early retirement calculators you can find online. That way you can input a wide range of variables, from savings rates during your accumulation phase to variable spending rates in retirement. You can also plug in inflation and tax rates to make your estimate more reliable.

As with any prediction, the earlier you plan on retiring, the less accurate your financial estimates are likely to be. Over decades of time, your income and/or expenses are likely to change in ways you can’t predict. Changes in government regulations may affect everything from taxation to access to your retirement funds, and more unpredictable emergencies are likely to crop up when you have decades of retirement to cover. But if you can stash away a sizable amount of money, it’s very possible that you can retire early.