But there’s another deadline that the trustees have flagged that’s gotten less attention, even though it’s arriving in just three years. What is happening in 2020, and how will it affect Social Security’s long-term health?

Today there is a surplus of more than $2.8 trillion in the Social Security trust funds. Since the program started in the 1930s, it has collected $19 trillion and paid out $16.1 trillion, according to the Social Security Administration. Even in 2016, the system generated a small surplus, when it collected $957.5 billion and paid out $922.3 billion. However, those surpluses will end in 2020, as more baby boomers retire and there are fewer people working to make up the difference.

“Both Social Security and Medicare face long-term financing shortfalls under currently scheduled benefits and financing,” the trustees wrote in their summary.

While the 2020 turning point is just that — a turning point — retirees will still be getting their Social Security checks in the mail. It will take a projected 14 more years to draw down the trillions of dollars in reserve to nothing. After that, it’s an open question what Social Security will look like.

“It’s not clear that 2020 is a kind of cut-off date,” said Laurence J. Kotlikoff, co-author of the New York Times best seller, “Get What’s Yours: The Secrets to Maxing Out Your Social Security.”

“There are solutions. We don’t have to drop off a cliff and at the last minute try to fix things,” Kotlikoff said.

Throughout the 1970s and early 80s, Social Security cycled through crises. A law passed in 1977 to shore up the program by increasing wage witholdings didn’t provide the long-term solution that President Jimmy Carter predicted when he said, “Now this legislation will guarantee that from 1980 to the year 2030, the social security funds will be sound.”

Five years later, the assets of the trust fund were almost depleted. Congress convened the National Commission on Social Security Reform to make a plan and provide for the program’s long-term solvency. In 1983, Congress passed, and President Ronald Reagan signed, a series of amendments to improve the financial standing of Social Security. Some of the major changes instituted were to gradually raise the retirement age to 67 and to consider Social Security benefits taxable income.

Even those who believe that Social Security is in dire straits today don’t see any widespread cuts in benefits coming soon. The bottom line is that a reduction in benefits is being discussed as just one possible option.

The program trustees outlined three options for solving the Social Security problem this generation faces: Raising the payroll tax by 3.58 percentage points, reducing benefits by 21 percent, or some combination of the two.

How likely is it that current politicians will reduce benefits in the short term? President Donald Trump and other politicians have said they are against cutting Social Security benefits. Kotlikoff doesn’t see any immediate reduction in benefits, either.

Politicians have made a variety of proposals to help fix Social Security, such as no inflation adjustments for wealthier benefit recipients or increasing the maximum amount of earnings subject to Social Security tax, which in 2017 is $127,200. Some proposals suggest raising the full retirement age to 68.

In 2015, President Barack Obama signed into law a few changes that closed loopholes in when benefits could be claimed. The new law didn’t implement across the board cuts.

What Retirees Need to Remember

The SSA advises recipients to do their own retirement planning, noting that even in the best of circumstances, its benefits will replace only about 40 percent of a person’s annual salary. Current and future retirees don’t need to prepare for the 2020 tipping point, but it is an indicator of the program’s overall health. It would be prudent to heed the Administration’s advice and consider Social Security just one of many potential retirement revenue streams.

Up Next: Your Top 6 Social Security Questions Answered 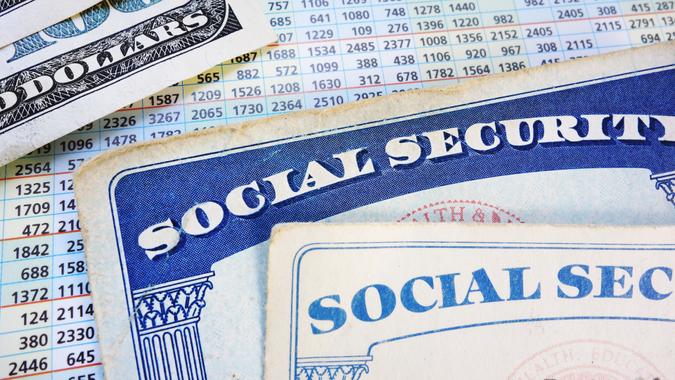 Cradle to the Grave: A Look at Social Security’s 100-Year

What will happen to Social Security as it grows older?