As of 2018, 23 percent of married and 43 percent of unmarried seniors rely on Social Security benefits for 90 percent or more of their income. For those who rely on this type of fixed income, it’s important to live in a place that’s within their budget.

To help, GOBankingRates conducted a study to find the best places in every state to live on a fixed income.

Housing is often one of, if not the, largest expense category, so having affordable — and stable — housing costs is vital for people living on a fixed income. In addition, large, swift changes in housing costs can make it hard to budget on a fixed income. So to conduct this study, GOBankingRates looked at the changes in the Zillow Home Value Index and the Zillow Rent Index for each state, identifying the cities that experienced that smallest increases in these two factors to ultimately find the best city in every state for fixed-income earners.

When it comes to home values, the city the stands out the most is the best city in New Jersey — Absecon. It’s the only city in this study that saw a 0 percent year-over-year change in the Zillow Home Value Index.

Rental prices are also important. The best city in Alabama — Decatur — saw rental prices decrease by over 4 percent, quarter-over-quarter. That’s the largest decline of all cities that made the list. Palmer, Ark., was the only other city that saw a decline in rental prices of more than 3 percent.

Here’s the full list of the best city in every state to live on fixed income:

Click through to see the best cities to retire on a budget of $1,000 a month.

Methodology: GOBankingRates identified the three cities in each state with the smallest percentages of (1) Zillow Home Value Index (ZHVI) for (a) quarter-over-quarter changes and (b) year-over-year changes; and (2) Zillow Rent Index (ZRI) for (a) quarter-over-quarter changes and (b) year-over-year changes, based on Zillow’s data as of the end of January 2018. These factors were chosen because changes in home values serve as a proxy for measuring the volatility of a housing market, with large increases posing a threat to those living on fixed incomes. Meanwhile, a negative change in value means money is being lost in depreciating house values. Decreasing rental prices benefit a household on a fixed income. Each city was scored and ranked based on home value and rental score, with the top city named the best city in the state. 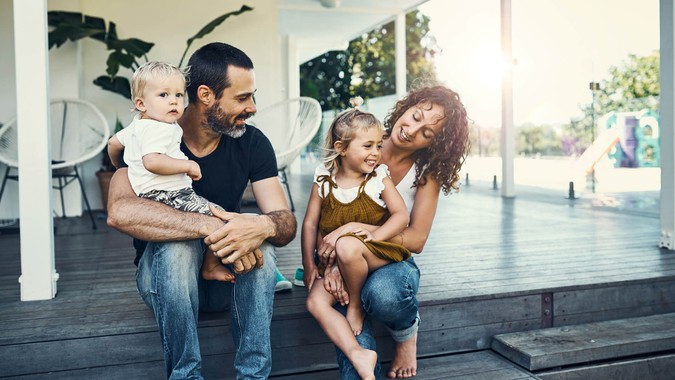 See if your city is one of the best spots to live in the nation.

GOBankingRates > Saving Money > Home Tips > Do You Have a Fixed Income? Here Are the Best Places to Live