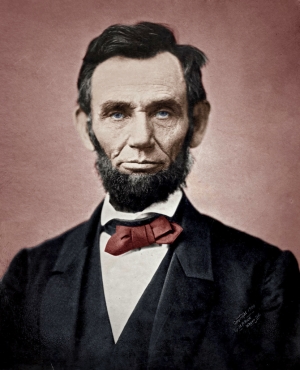 As we celebrate the 205th birthday of Abraham Lincoln on Feb. 12, we are reminded of all the accomplishments he achieved as one of the greatest American presidents to serve our nation.

While Lincoln is arguably most famous for abolishing slavery, preserving the union and leading the country during the Civil War, he also made considerable, long-lasting changes to the U.S. economy and banking system, thanks in large part to the guidance and supervision of U.S. Treasury Secretary Salmon P. Chase.

Here are the three major financial impacts Lincoln made that changed the course of the United States.

1. He Instituted the Income Tax

Under the direction of Lincoln, Chase supervised the implementation of the first income tax in the nation’s history. While it was only 3 percent on incomes greater than $800, according to the Miller Center at the University of Virginia, it was the first step toward a comprehensive income tax system that was ratified with the 16th Amendment in 1913.

Nowadays, Americans file income taxes based on income tax brackets, and tax rates vary based on yearly household income. But the idea that the U.S. government could tax a certain amount on the varying incomes of citizens was first tested by Lincoln’s administration.

2. He Issued the First Paper Currency for American Use

One of the most important economic decisions Lincoln ever made as president of the United States was approving the printing of “legal tender” notes, or paper currency that was not backed by gold or silver, only the credibility of the U.S. government.

By signing the Legal Tender Act of 1862, Lincoln issued a fiat currency of dollar bills, commonly called “greenbacks,” to help finance the Civil War. However, once the war ended, Lincoln’s administration continued to enforce the use of legal tender notes among citizens and banks. Although these paper dollars did not carry with them a promise to pay with gold in the future, Americans were required to accept them at face value for the settlement of all debts (public and private).

To this day, Americans still use legal tender notes for transactions, and the American dollar has become the standard-bearing currency against which most international currencies are measured.

3. Approved the Reinstatement of a National Bank

“The national system will create a reliable and permanent influence in support of the national credit and protect the people against losses in the use of paper money,” Lincoln said in his 1864 State of the Union address.

Through this law, Lincoln chartered national banks, allowing them to issue bank notes as loans to customers for up to 90 percent of the value of U.S. bonds held by each bank. Lincoln created an instant demand for government bonds as many private and state banks were forced to become national banks and needed to buy bonds in order to issue bank notes to borrowers, according to the Miller Center of the University of Virginia.

The National Bank Acts of 1863 and 1864 also created the federal-state dual structure that is now a defining trait of the U.S. banking system and economy. By establishing the Comptroller of the Currency within the U.S. Treasury in the process, Lincoln and his administration created an entity responsible for the implementation and supervision of national banks along with certain activities of bank subsidiaries. This office continues to remain in existence today. One in Five Americans Know Where Their Income Tax Dollars Go