What’s the best way to save money?

That question is top of mind for many — if not all — Americans. American consumers can be downright thrifty when it comes to clipping coupons, driving around until they find that gas station that’s five cents a gallon cheaper or even just abusing the free sample policy at the local grocery store. But what about saving money on how they save money?

Ally Bank is launching its new “Save Your Savings” campaign to hammer home the notion that, if you’re not with the best bank, you could be missing out.

Click to see where Ally ranks among the best banks of 2018.

Save Money by Saving Money

The new Ally Bank campaign is focused on the fact that many people aren’t taking an interest in the rate they’re getting on their savings account. Across the country, people are accepting much lower APYs than they have any reason to.

Ally Bank is an online bank, so it can save money by not owning and operating physical branches — savings they’re passing on to their customers in the form of a healthy 1.60% APY on savings accounts. That’s well above the national average of just 0.07 percent.

What does that add up to? Well, $10,000 kept in a savings account paying the national average 0.07% APY can expect to collect $35 in interest income over a five-year period. That same $10,000 would make $833 in an Ally Bank savings account with its 1.60% APY, meaning not choosing the right bank can cost you nearly $800 in just five years.

Americans Love to Save Money, but They’re Overlooking One Easy Way to Do So

Although most consumers are quick to find ways to save money on their bills, data from a survey conducted by Ally Bank reveals that this is one blind spot that could affect a lot of people.

Ally surveyed just over 2,000 adults about how they save money, and almost four out of five said that they had switched phone or cable providers searching for lower rates, but almost two in five admitted that they never monitor interest rates on their savings products, potentially leaving hundreds of dollars on the table.

Click to keep reading about how to get the best interest rates. 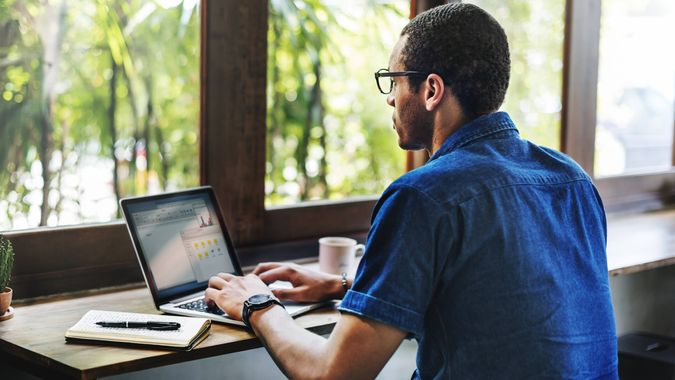 Decide if these savings accounts meet your financial needs.