Is Your Credit Score Accurate? It Depends on Who You Get It From 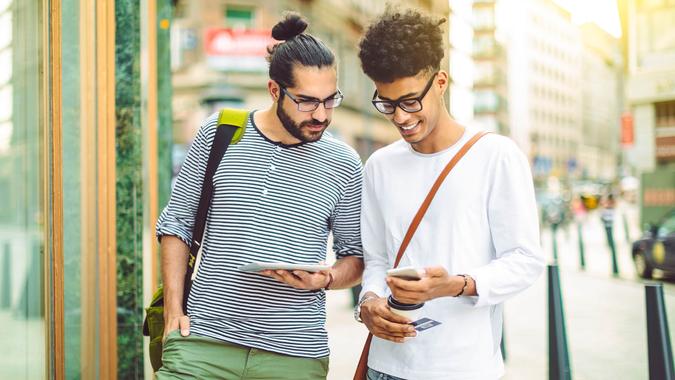 If you’re like most consumers, you have a vested interest in keeping your credit score high to make it easier to get mortgages and other loans. You also have more than just one credit score and might be confused about which one even matters.

See: Didn’t Get Your Child Tax Credit? Here’s How to Track It Down
Find: 10 Reasons You Should Claim Social Security Early

As Consumer Reports noted in a lengthy investigative article last week that looked into credit score apps, one of the problems with trying to access your credit information is figuring out which score to focus on. It’s a pretty good bet that you have many credit scores — even within the same credit reporting agency such as Equifax, Experian and TransUnion.

Get Your Finances on Track: Join the over 3 million Brigit members who get up to $250 instantly, build their credit, and save smarter.

One person contacted by Consumer Reports last year had six scores from Experian alone, and those scores differed by as much as 100 points. The other two major credit agencies also provided multiple scores, none the same.

See: Fourth Stimulus Checks Are Coming From These States — Is Yours on the List?
Find: How Rich Is Former President Donald Trump?

The truth is, there really is no such thing as a “most accurate” credit score because they are based on different models for different purposes.

Credit Karma acknowledged to Fast Company last week that there are “dozens, if not hundreds” of scoring models. Credit Karma, TransUnion and Credit Sesame use the VantageScore model as opposed to the older and more established FICO model, which is considered the industry standard. But even FICO has multiple scores.

Complicating matters further is the fact that different loan applications might require different credit scores. If you’re applying for a mortgage loan, for example, the lender will probably look at your FICO score. But that might not be the case for car loans because auto lenders use industry-specific scores designed to predict how likely you are to repay a car loan on time. FICO provides a car loan score. TransUnion provides two of them — the TransUnion Auto Score and the TransUnion CreditVision Auto Score — even though its app uses VantageScore 3.0, which, Consumer Reports said, many lender don’t use at all.

See: Best Cryptocurrencies to Invest In for 2021
Find: Top 10 Most Expensive Shoes Ever Made

Consumer Reports’ advice to anyone looking to use a credit score app to bring more clarity is this: buyer beware. The apps have “significant drawbacks and few upsides,” CR said, and all collect and share more data about users than is needed to perform core functions. This is mainly so the apps can upsell other products and services.

“And most do not provide access to the type of credit scores that can meaningfully help you,” Consumer Reports said.

Its advice? Skip the apps and try to find free credit reports elsewhere, such as with AnnualCreditReport.com.