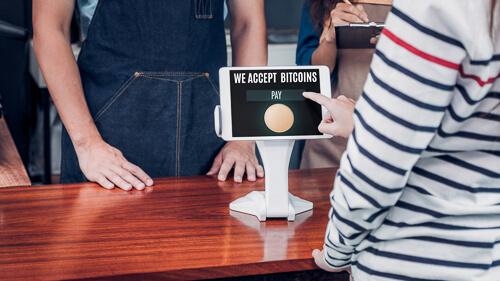 Legislation reintroduced to Congress last week by a bipartisan group of lawmakers aims to change the way cryptocurrency purchases are taxed and help clear up some of the confusion over how to account for certain crypto transactions on your tax returns.

See: Taxes 2022 — Questions About Your Crypto Purchase To Ask an Accountant Before You File
Find: There’s a New Free Service for Compiling Tax Data To Report Crypto and NFTs

The Virtual Currency Tax Fairness Act was introduced on Feb. 3 by Rep. Suzan DelBene (D-Wash.) and Rep. David Schweikert (R-Ariz.) and is co-sponsored by Rep. Darren Soto (D-Fla.) and Rep. Tom Emmer (R-Minn.), Accounting Today reported. The bill would exempt personal transactions made with cryptocurrency when the gains are $200 or less.

Under current tax laws, all gains from virtual currency must be reported as taxable income regardless of the size or purpose of the transaction. Taxpayers are required to calculate and report any changes in the currency’s value against the dollar from the time they bought the currency until it’s used in a transaction, according to Accounting Today.

Under the proposed legislation, taxpayers would no longer have to worry about the tax implications of smaller transactions — a major benefit, considering the rise of crypto as a consumer currency and the confusion over how crypto is taxed.

See: 4 Best Crypto Exchanges of 2022
Find: How To Keep Your Crypto Investments Safe, According to Experts

“Virtual currency is reshaping our everyday lives, and the United States needs to recognize this and work to treat these currencies fairly in our tax code,” Schweikert said in a news release. “Antiquated regulations around virtual currency do not take into account its potential for use in our daily lives, instead treating it more like a stock or ETF … This commonsense bill cuts the red tape and opens the door to further innovations, ultimately growing our digital economy.”

Schweikert, Emmer and Soto co-chair the Congressional Blockchain Caucus, a congressional group that includes 35 lawmakers, Forbes reported. The caucus aims to simplify tax laws involving virtual currency and make it easier for both investors and consumers to use it — something industry officials have been lobbying for as cryptocurrency becomes a bigger part of the financial mainstream.

“While Bitcoin and other cryptocurrencies are technologically innovative payment methods, today you have to keep track of and report every transaction you make using them, whether it’s a $10,000 investment trade or whether you’re buying a 99¢ song online or a latte at a cafe,” Jerry Brito, executive director of cryptocurrency think tank Coin Center, said in a statement. “This obviously creates friction and puts cryptocurrencies at a disadvantage relative to other digital payment methods.”

The proposed bill will “create a level playing field” and “help unleash innovation on applications like micropayments, which can consist of dozens of transactions per minute and thus are difficult to square with the current law,” Brito added.

“As the use of virtual currencies for retail payments increases, it’s important that Americans are able to easily understand their tax obligations,” Smith said in a statement. “By providing an exemption for small everyday purchases, the Virtual Currency Tax Fairness Act would ease this burden for consumers.”