Mortgage Rates Rise Above 4% for First Time in Nearly Three Years — What Can Homebuyers Do? 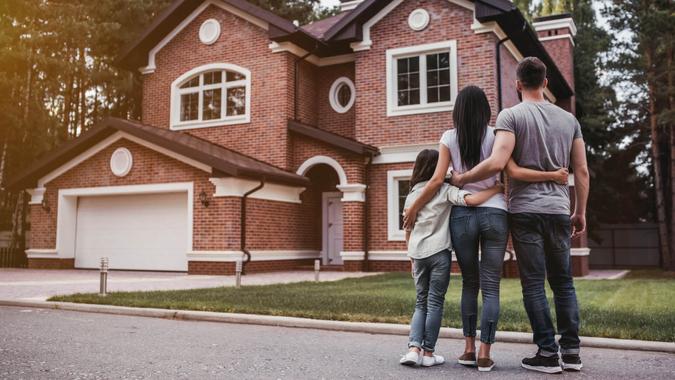 Mortgage rates rose above 4% this week for the first time since May 2019, adding yet another challenge for house hunters who already face record home prices.

The 30-year fixed-rate mortgage averaged 4.16% during the week ending March 17, CNN reported, citing data from Freddie Mac. That’s a rather significant increase from 3.85% the week before.

The rise in mortgage rates was expected, however, after the Federal Reserve on Wednesday said it would raise interest rates for the first time since 2018 as part of its strategy to ease the highest inflation in 40 years. The federal funds rate currently stands at 0.25-0.5%.

If that happens, it will take away one of the main incentives for buying a home in a U.S. housing market that favors sellers in a big way — historically low mortgage rates.

“Record-low mortgage rates helped many first-time buyers stretch their budgets in 2020 and 2021,” George Ratiu, Realtor.com’s manager of economic research, told CNN. “Low rates also enabled homeowners to lower their monthly mortgage payments through refinancing. However, the days of sub-3% interest rates are firmly behind us, and we have yet to solve the market fundamentals of supply and demand.”

The combination of low supply and high demand have pushed home prices to record levels. As GOBankingRates previously reported, average home prices in the United States climbed 18.8% in 2021, according to the S&P CoreLogic Case-Shiller U.S. National Home Price Index. That was the biggest gain in 34 years of data. Prices continue to push higher in 2022.

Those high prices already spooked potential homebuyers even before mortgage rates moved above 4%. A new survey of 1,000 potential first-time home buyers conducted by TD Bank found that only 36% of those looking to buy a home this year thought now was a good time to do so. That’s well down from 59% in 2021 and 68% in 2020.

Explore: 10 Fastest Ways To Pay Off Your Mortgage
Learn: 15 Mortgage Questions To Ask Your Lender

“Whether you enter now or in a few months, you’re going to be faced with a competitive market,” Steve Kaminski, Head of U.S. Residential Lending at TD Bank, said in a press release. “If first-time homebuyers want to ease anxieties and succeed, it’s imperative that they prepare and meet with a lender early in the process. Lenders can help lay the financial foundation and educate buyers on the paperwork they’ll need for the mortgage process, giving them confidence as well as a leg up on the competition.”

TD Bank suggests shopping around for a lender who can introduce you to affordable loan options and first-time homebuyer programs that help lower interest rates and provide down-payment assistance. They can also provide a pre-qualification letter, which shows realtors you’re serious about buying a home.