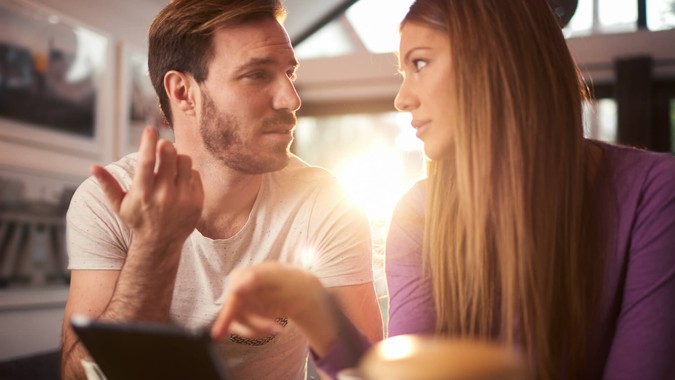 More and more, millenials are regretting their student loans amidst pandemic pressures.

See: Is College Really Worth It? A Look at the Grim Reality for Student Loan Borrowers
Find: 62% of College Students Plan to Save or Invest Their Stimulus – Is That Good or Bad for the Economy?

Amongst the greater population of adults in the poll, the trend was similar, the company noted, but a greater number of millenials saw less return on their student debt investment.

Nearly half of millennials said the biggest mistake they made with their student loans was overestimating the salary of their first job out of college and assuming they’d be able to afford their monthly payments, according to a SoFi poll of over 1,000 millennials.

A survey conducted by The Harris Poll on behalf of CNBC Make It shows similar figures. According to the findings, 52% of 1,000 millennials ages 33 to 40 surveyed say their loans weren’t worth it. Only 32% of those who took out loans have paid them off, meaning that 68% of the older millennials in the group are still paying down their student loan debt more than a decade after graduation.

A similar survey done by Business Insider shows even more discontent, with 85% of the 2,007 millennials polled having some sort of regret concerning their student debt.

Most millenials graduated right before, during or after the Great Recession, which skyrocketed unemployment, froze employment in many of the countries’ biggest firms and dimmed job prospects overall for hungry new grads, CNBC notes. This, coupled with increasing college costs, led to mounting piles of debt and few avenues to pay them down. It is one factor that has led millenials to be called the “student debt generation.”

Richard Vedder, distinguished professor emeritus of economics at Ohio University, told Business insider, “The rewards for college have expanded and grown from 1985 to a little after 2000 and sort of leveled off in the past decade…The advantage of a degree today is less than it was 10 years ago, because of the rising cost…The return on investment has fallen.”