Biden’s New PPP Rules: Only Small or Minority-Owned Companies Can Apply for 2 Weeks 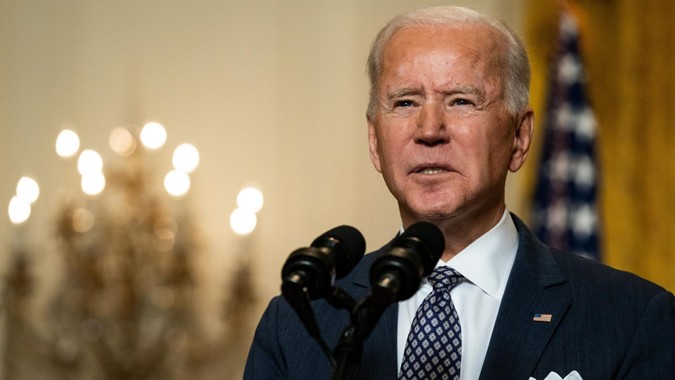 The Biden administration announced a slew of changes to the Paycheck Protection Program today, which aims to help “the smallest businesses” and women and minority-owned businesses, according to a statement.

See: New PPP Program Aims to Be More Careful in Disbursing Funds
Find: Small Businesses Want Help During the Pandemic — So Why Aren’t They Asking for It?

Starting Wednesday, small businesses with fewer than 20 employees will have a two-week exclusive window to apply for the funding. Bigger businesses will be blocked during that time period, the White House said in a statement.

The changes for sole proprietors seem very important; the former structure of the PPP was not favorable to businesses that didn’t have employees, the new system should change that pretty dramatically.
— Matthew Yglesias (@mattyglesias) February 22, 2021

“The Biden-Harris administration is announcing several reforms to build on this success by further targeting the PPP to the smallest businesses and those that have been left behind in previous relief efforts. While these efforts are no substitute for passage of the American Rescue Plan, they will extend much-needed resources to help small businesses survive, reopen, and rebuild,” the statement reads.

Businesses with fewer than 20 employees represent 98% of small businesses. “They are Main Street businesses that anchor our neighborhoods and help families build wealth. And while the Biden-Harris administration has directed significantly more relief to these smallest businesses in this round of PPP than in the prior round, these businesses often struggle more than larger businesses to collect the necessary paperwork and secure relief from a lender,” according to the statement.

“Of these businesses, those without employees are 70% owned by women and people of color. Yet many are structurally excluded from the PPP or were approved for as little as $1 because of how PPP loans are calculated,” according to the statement.

See: How Small-Business Owners Got Creative in the Time of COVID-19
Find: Barstool’s David Portnoy Is on a Mission to Save Small Businesses

In addition, the restriction that prevents small business owners with prior non-fraud felony convictions from obtaining relief through the PPP will be eliminated. Currently, a business is ineligible for PPP if it is at least 20% owned by an individual who has either an arrest or conviction for a felony related to financial assistance fraud within the previous five years, or any other felony within the previous year, according to the White House.

It will also eliminate the restriction preventing small business owners who are delinquent on their federal student loans from accessing the PPP.

“Millions of Americans are delinquent on student loans, including a disproportionate number of Black borrowers,” the statement reads.

See: The Stimulus Bill Is ‘Better Than Nothing’ – But Not Enough to Boost the Economy
Find: The Stimulus Check Secret You Need to Know Before You File Your 2020 Taxes

“The PPP statute is clear that all lawful U.S. residents may access the program, but a lack of guidance from the SBA has created inconsistency in access for ITIN [individual taxpayer identification number] holders like Green Card holders or those here on a visa,” according to the statement.