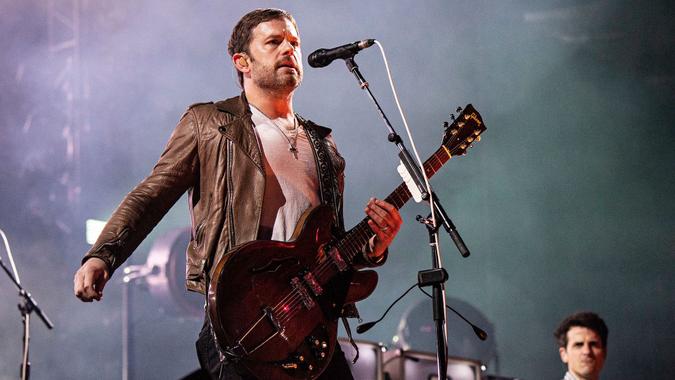 When rock band Kings of Leon, out of Nashville, launches “When You See Yourself” on Friday, it will become the first band to release an album as a form of cryptocurrency, Rolling Stone reports. The album will be available on all major digital platforms, including Spotify, iTunes, Apple Music, and Amazon, but also through YellowHeart, an autonomous, fully decentralized platform that allows artists and teams to market and sell directly to fans. The YellowHeart version of the album will be the only one released as a non-fungible token (NFT), a form of crypto that holds assets rather than money.

The album token will cost $50 and include enhanced media, such as a moving album cover, a digital download of the music, and a limited-edition vinyl album. The NFT version of When You See Yourself will launch Friday at noon and only be available for two weeks. After that, it will be a tradable collectible, Rolling Stones says.

In addition, borrowing a tactic from the famous Willy Wonka, Kings of Leon will also create 18 “golden tickets,” auctioning off six and placing the other 12 in a crypto vault. Each NFT ticket unlocks four front-row seats to Kings of Leon concerts for each tour – for life, along with a VIP experience which will include:

Six additional token designs will feature what Rolling Stone called “elaborate visual art.” Prices for these tokens will range from $95 to $2,500, Rolling Stone says. Kings of Leon will mint as many of these tokens as they sell by Sunday, March 7, at 8 PM EST and then the limited edition NFT will no longer be available. The golden ticket auction will also end at that time, although if someone bids within the last 10 minutes of the auction, the clock will reset for another 10 minutes, according to Rolling Stone.

Artists such as Portugal. The Man, Shawn Mendes, and Grimes have also sold their music as crypto through the YellowHeart platform in recent weeks, but Kings of Leon represent the first performing artists to sell a concert ticket as an NFT.