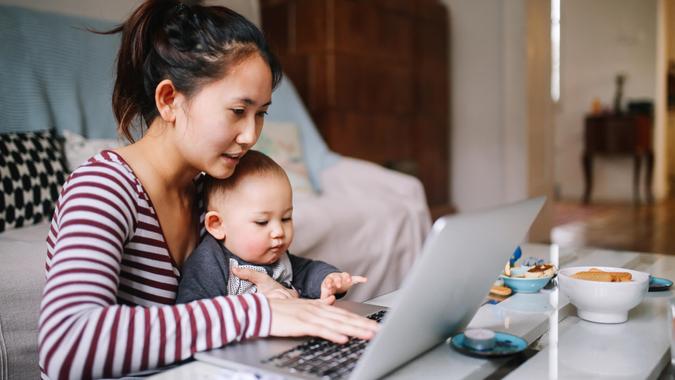 President Joe Biden gave remarks yesterday in reaction to a dismal April jobs report. Just 266,000 jobs were added instead of the expected 1 million.

During his speech, Biden outlined ways the White House will take immediate action to help boost job growth. One the paths to getting Americans back to work, he said, is giving stimulus money towards child care and child care centers. He stated that 150,000 fewer child care jobs exist now than before the pandemic, and he claimed that states have already been allocated funds for daycare centers.

Additionally, the White House released a fact sheet highlighting the accelerated provisions for child care assistance. It states that the American Rescue Plan includes “additional funding to help families access affordable, high-quality care, including by providing subsidized care to more than 800,000 families with the greatest need and by providing resources for hard-hit child care providers.”

On Monday, the Department of Health and Human Services released guidance to states, tribes and territories so that states can start distributing funding to providers immediately. In the fact sheet, the White House stated that guidance will encourage states to get funding out as quickly as possible to child care centers so that they can reopen or maintain their services. The fact sheet stressed that keeping child care centers open will allow the parents of 5 million children to return back to work.

The fact sheet also reiterates information on the expansion of the Child and Dependent Care Tax Credit, which reimburses half of families’ child care expenses for children under age 13. Whereas the regular credit reimburses a maximum of $1,200, the expansion allows up to $8,000, which parents can claim when they file their taxes for 2021.

See: 3 Tax Credits Every Parent Should Know
Find: All the Costs of Having Kids Home for Almost a Year

The fact sheet doesn’t specify whether states would receive additional funding for child care programs, or if the White House’s additional steps are a reiteration of prior pledges for funds as part of the American Rescue Plan or are new initiatives. But Biden did stress that states allocating funds more quickly would allow parents to return to work sooner.

Republicans see Biden’s child-care provisions as pushing two-parent families to put their children in daycare so both parents can work outside the home. Some Republicans, including Sens. Mitt Romney, Mike Lee and Marco Rubio, would prefer to see families receive cash benefits they could use either for daycare or to allow one or both parent to stay at home for a time, The Washington Post reported.