Small-Cap vs. Mid-Cap vs Large-Cap: Why the Differences Matter for Your Investments 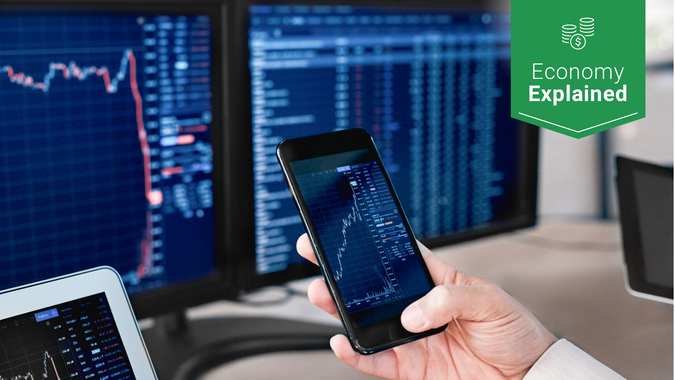 Just like gamblers place bets on boxers who fight in divisions based on their weight, investors, too, put their money down on stocks that are grouped together by size. All publicly traded companies issue shares that fall into one of three categories: small-cap, mid-cap and large-cap stocks. Every company is unique, but investors can tell a lot about a stock’s business outlook, potential for risk and return, likely financial performance and ability to weather an economic storm based on its weight class.

Putting the ‘Cap’ in ‘Capitalization’

Dividends: Why Are They Important to Your Investment Strategy?

How Small Is Small and How Large Is Large?

On Aug. 2, 2018, Apple became the first company in history to achieve a market cap of $1 trillion. Today, Apple has a market cap of $2.59 trillion. That’s more value than the entire economic output (GDP) of all but six countries in the world — the U.S., China, Japan, Germany, India and the U.K.

Needless to say, Apple is a large-cap company, but a corporation doesn’t have to measure its market cap with 13 digits, or even 12, to be a large-cap stock. According to Fidelity, the market cap cutoffs for all three classifications of stocks are:

Important: Do You Know the Differences Between the Stock Exchanges?

Why Does Size Matter?

Populating a portfolio with shares of companies with different market caps is one of the keys to diversification. That, according to Zacks, is because companies follow different strategies based on different business philosophies during different stages of market growth. During each stage of growth, a company offers investors a unique set of advantages and risks.

Investors choose small-cap stocks because they have nowhere to go but up and they offer the greatest potential for growth. They rarely pay dividends because they must reinvest every dollar they can spare into getting as big and strong as possible as quickly as possible. Like newborn animals in the wild, their ability to survive is directly related to their ability to put on weight fast before the world gobbles them up.

In exchange for the potential reward of boundless growth, small-cap investors take on much greater risk. Small-cap companies tend to be unproven, under-resourced and far more vulnerable to market downturns. If you play the small-caps, you should expect up-and-down volatility that would make conservative investors seasick — but you might just get in on the next Walmart or Amazon on the ground floor.

Mid-Caps Still Have a Lot of Growing To Do, but They’ve Hit Their Stride

Mid-cap stocks have matured beyond the small-cap phase but are not yet big enough to walk among the giants. They fall in between small- and large-cap stocks not only in size but on the risk/reward spectrum, as well. They are established companies, but they still offer room for massive growth if they reach their full potential — but whether or not that will happen is yet to be determined. Falling into a Goldilocks category of investments, mid-caps offer more growth potential than the biggest companies, but less risk and volatility than the smallest.

Read: What To Expect From an Economic Boom

Large caps are the companies you’ve heard of — the ones that live on the indexes that define the market, like the Dow, the S&P 500 and the Nasdaq composite. They can’t offer nearly as much room for growth as tomorrow’s rising stars — how much bigger, after all, can Coca-Cola, Johnson & Johnson or AT&T ever become?

But like fully grown lions, they don’t spend a lot of time worrying about being eaten. Large-cap stocks offer unrivaled security and stability thanks to global brand recognition, massive cash stores and highly diversified business divisions that offer a hedge in times of crisis. When COVID-19 forced Disney to close its theme parks, for example, the company did just fine because it had money coming in from ESPN, Marvel and more. A small-cap company in the theme park business, on the other hand, would have been toast.