What Do Banks Do With Your Money After You Deposit It? 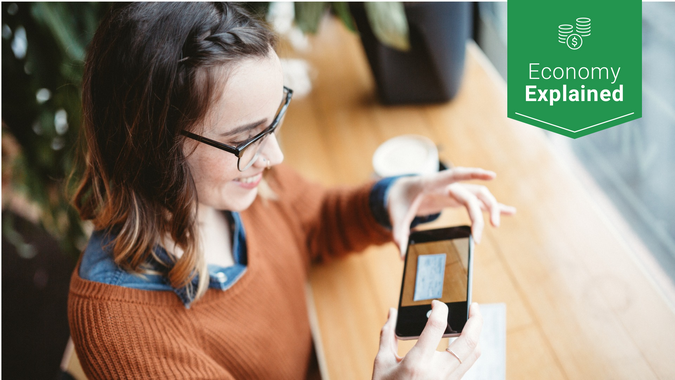 Money in the bank might take the form of numbers on a computer screen or rectangular stacks of green paper in a vault. Either way, people have been putting money in the bank for the same reason for centuries: security.

The Economy and Your Money: All You Need To Know
Read More: Inflation’s Ups and Downs: How It Impacts Your Wallet

Although they’re obvious targets for robbers, banks are highly secure and, in the modern era, highly insured. On top of all that peace of mind, bankers will even pay you a little interest for the privilege of letting them hold your cash. The average annual percentage yield on a savings account is currently 0.06%, according to CNBC, or 25 cents a year on a $5,000 deposit. Banks borrow money from their customers for dirt cheap — have you ever landed a loan for 0.06% interest? But what do they actually do with all the cash that they receive as deposits?

Good To Know: How Interest Rates Affect Your Wallet and the Bigger Economic Picture

How Do Banks Make Money?

Your deposits are only a tiny part of the game. Although modern banks are massive, complex and highly diversified, they still make most of their money in three ways, according to the Corporate Finance Institute:

Find Out: What Does Cost of Living Include and How Is It Calculated?
Learn More: What Does It Mean To Be FDIC Insured?

Common mythology says that banks take the money that customers deposit into their savings accounts and lend it out to borrowers for a profit. The bank makes only the smallest interest payments on the deposits it receives, charges much higher interest rates on the loans it extends and pockets the difference as a handsome profit. Basically, in this scenario, banks act as middlemen, playing the matchmaker between savers who want to earn a return on their excess capital and borrowers who are willing to pay for a loan.

In painfully simplified terms, that’s sort of true, but only in the most indirect of ways.

Check Out: Understanding the Differences Between Inflation, Deflation & Stagflation

Banks Create the Money They Lend

Each and every time a bank makes a loan, the laws of double-entry accounting require them to create a new account for the borrower and make a deposit equal to the loan amount.

According to Forbes, this means that banks create money every time they lend money. In fact, the vast majority of money — 97% — comes into being through commercial banks extending loans.

They’re able to do this because banks are allowed to lend much more money than they have.

Important: Leading and Lagging Indicators: What They Are and Why They Matter

The Money They Lend Isn’t Really There

Banks operate on a system called fractional reserve, which allows them to keep only a small fraction of the money they lend available on hand as withdrawable cash reserves. Also, the 1913 Federal Reserve Act requires banks to maintain the minimum cash reserves needed to clear outgoing checks.

Find Out More: Do You Know the Differences Between the Stock Exchanges?

One of the cheapest ways to meet those reserve requirements, according to Resilience, a program under the Post Carbon Institute, is through “retail deposits” — that’s the money you keep in your savings account. If they can’t attract new customers to borrow cheap retail deposits from, banks have to meet their cash reserve requirements by paying more to borrow wholesale deposits from the Fed.

In short, banks don’t take the money that you deposit, turn around and loan it at a higher interest rate. But they do use the money you deposit to balance their books and meet the necessary cash reserves that make those loans possible.