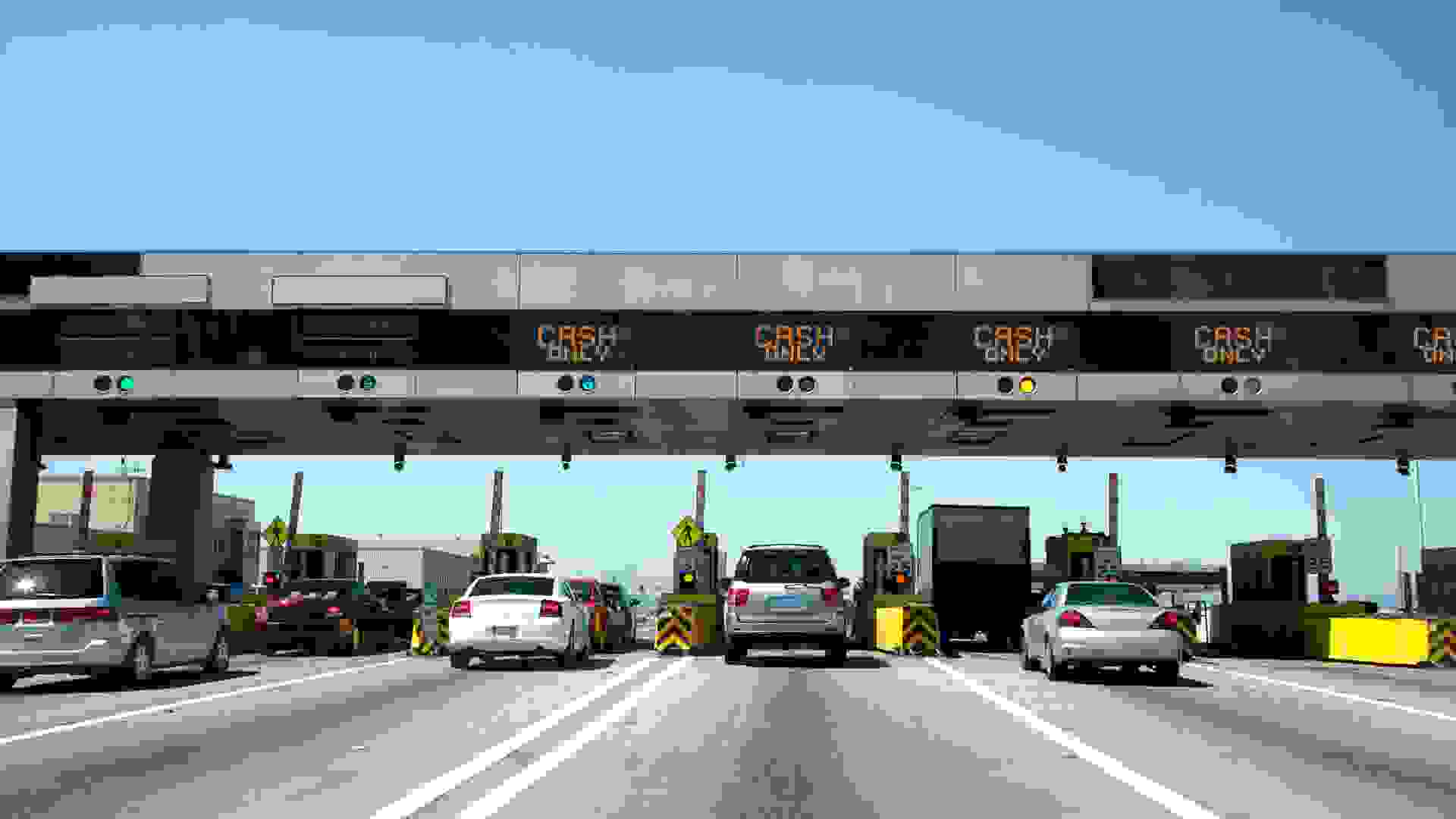 The fact that Americans can drive wherever they want to around the U.S., including over (and sometimes under) water, is a testament to the amazing architects and engineers who have built bridges that enable this ease of travel.

These bridges are often major feats of engineering, labor and design that service millions of people every hour of every day. Of course, these massive bridges have to be maintained, renovated, monitored and more, and that costs money — which leads to tolls.

Related: How To Save Money on All Your Monthly Expenses and Bills
Find Out: Budgeting 101: How To Create a Budget You Can Live With

According to the most recent report from the International Bridge, Tunnel and Turnpike Association (IBTTA), Americans take nearly 6 billion trips on the country’s 5,881 miles of tolled roads and crossings every year. Around 50 million of them never have to stop at a tollbooth thanks to the electronic toll transponders in their cars.

No one likes to pay tolls, but according to the IBTTA, toll roads and bridges tend to be safer, better maintained and less congested. 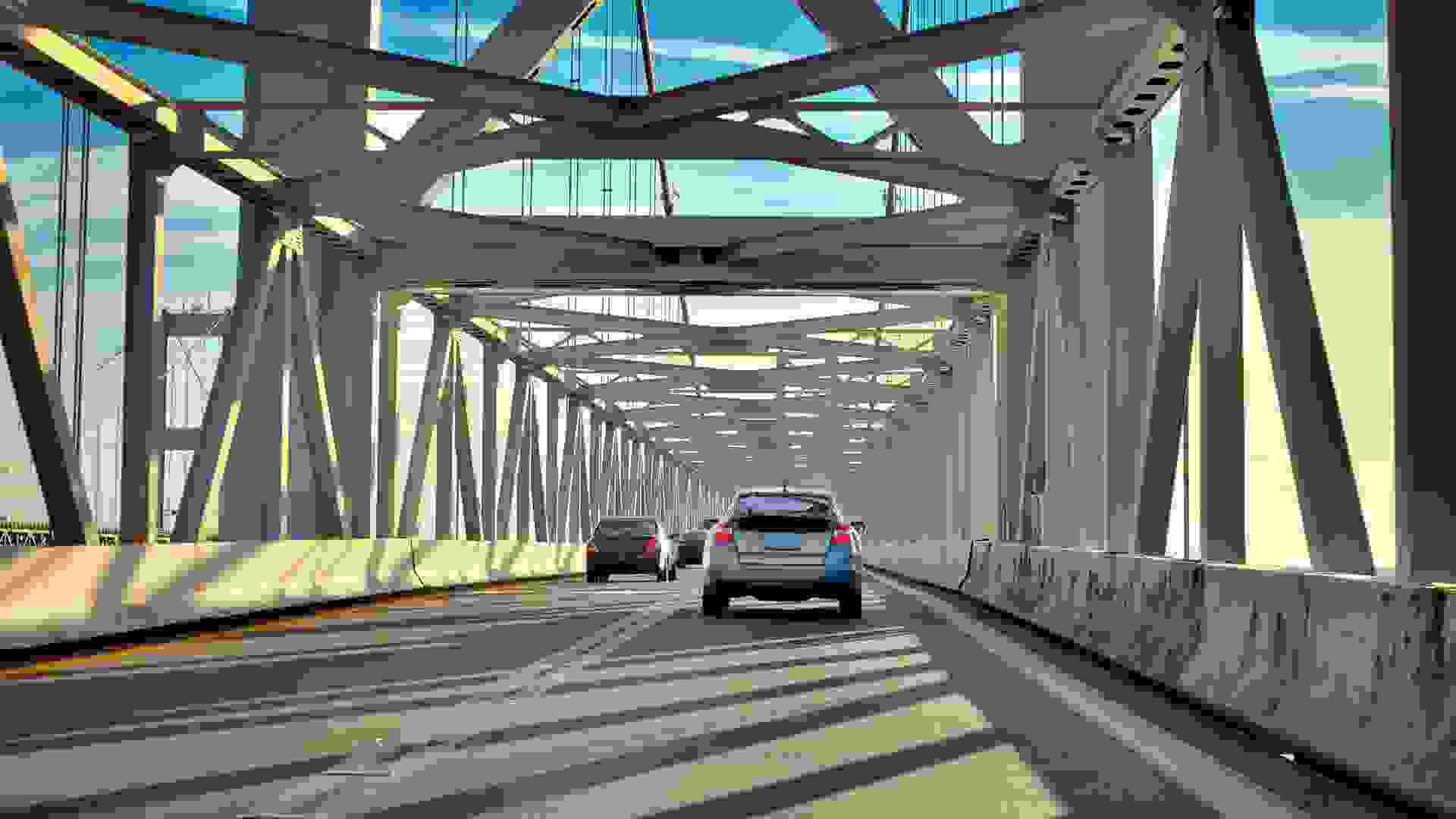 It’s no wonder you’ll pay almost $30 round trip (for two-axle vehicles and motorcycles), to cross Virginia’s Chesapeake Bay Bridge-Tunnel, and $36 during peak hours; it’s been dubbed “one of the seven engineering wonders of the modern world” in a worldwide engineering competition, according to the bridge’s website, since its opening in 1964.

This magnificent bridge-tunnel, officially renamed the Lucius J. Kellam Jr. Bridge-Tunnel in 1987, in honor of the man who headed up the project, is 17.6 miles long, and known as one of the largest bridge-tunnels of its kind. It crosses over, and then under, open waters where  the Chesapeake Bay intersects with the Atlantic Ocean.

It connects Southeastern Virginia and the Delmarva Peninsula (which includes Delaware and the Eastern Shore counties in Maryland and Virginia), and offers a 95-mile shortcut for travelers between Virginia Beach and north of Wilmington, Delaware. 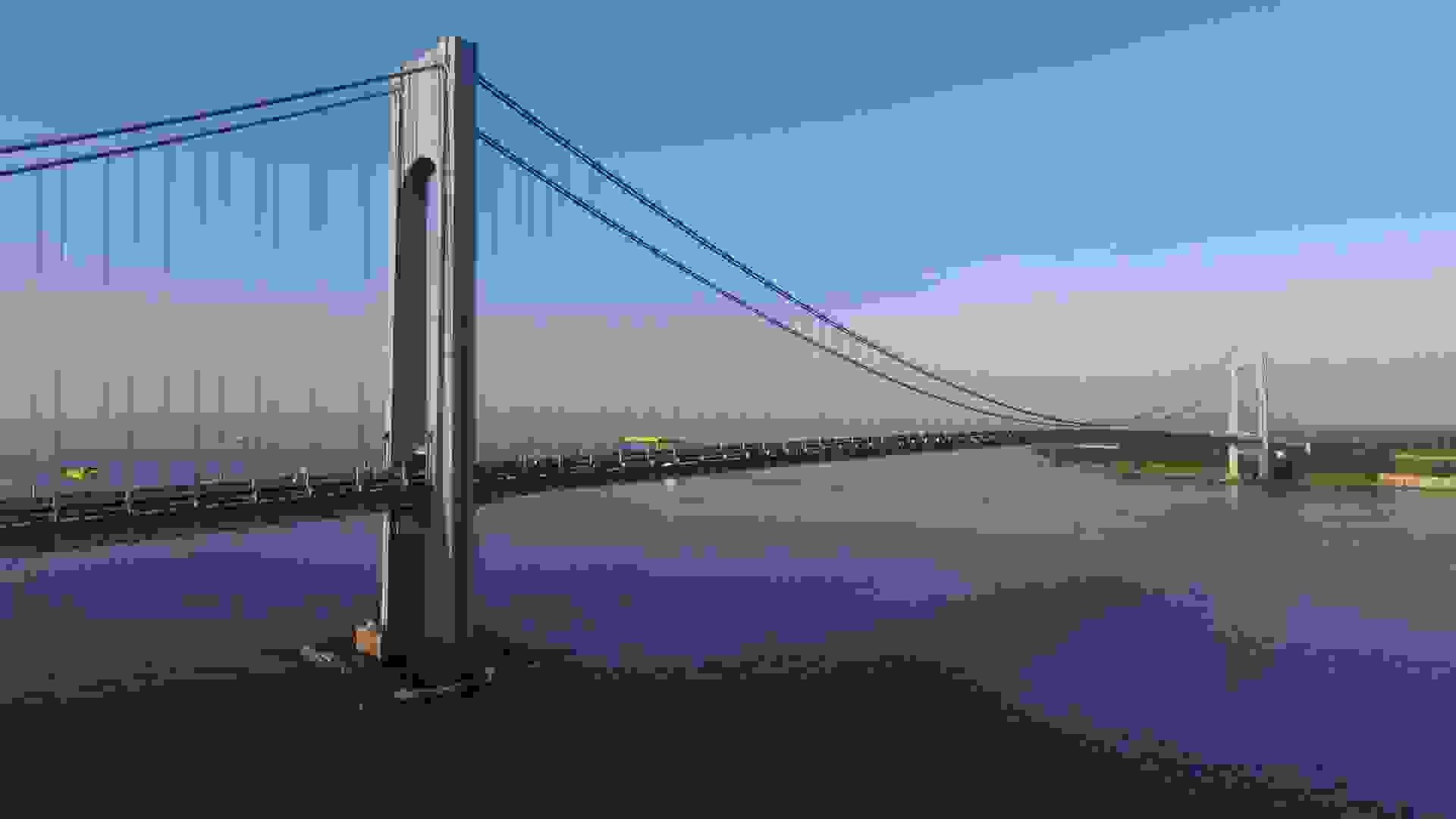 When the Verrazano-Narrows Bridge in New York opened in 1964, it was the world’s longest suspension span, even longer than San Francisco’s Golden Gate Bridge by 60 feet. Its central span is 4,260 feet, and the bridge ends and begins at two historic forts, Fort Hamilton in Brooklyn and Fort Wadsworth in Staten Island. It’s named after the first European explorer to sail into New York Harbor in 1524, Giovanni da Verrazano. The bridge is located at the mouth of upper New York Bay and connects Brooklyn with Staten Island, offering the shortest route between the middle Atlantic states and Long Island.

The bridge is held together by two 693-foot high towers that each weigh 27,000 tons.

For two-axle drivers and motorcycles not using an E-ZPass, the cost to traverse the bridge is $8.36 per trip. E-ZPass members can get it down to $6.55 per trip across. 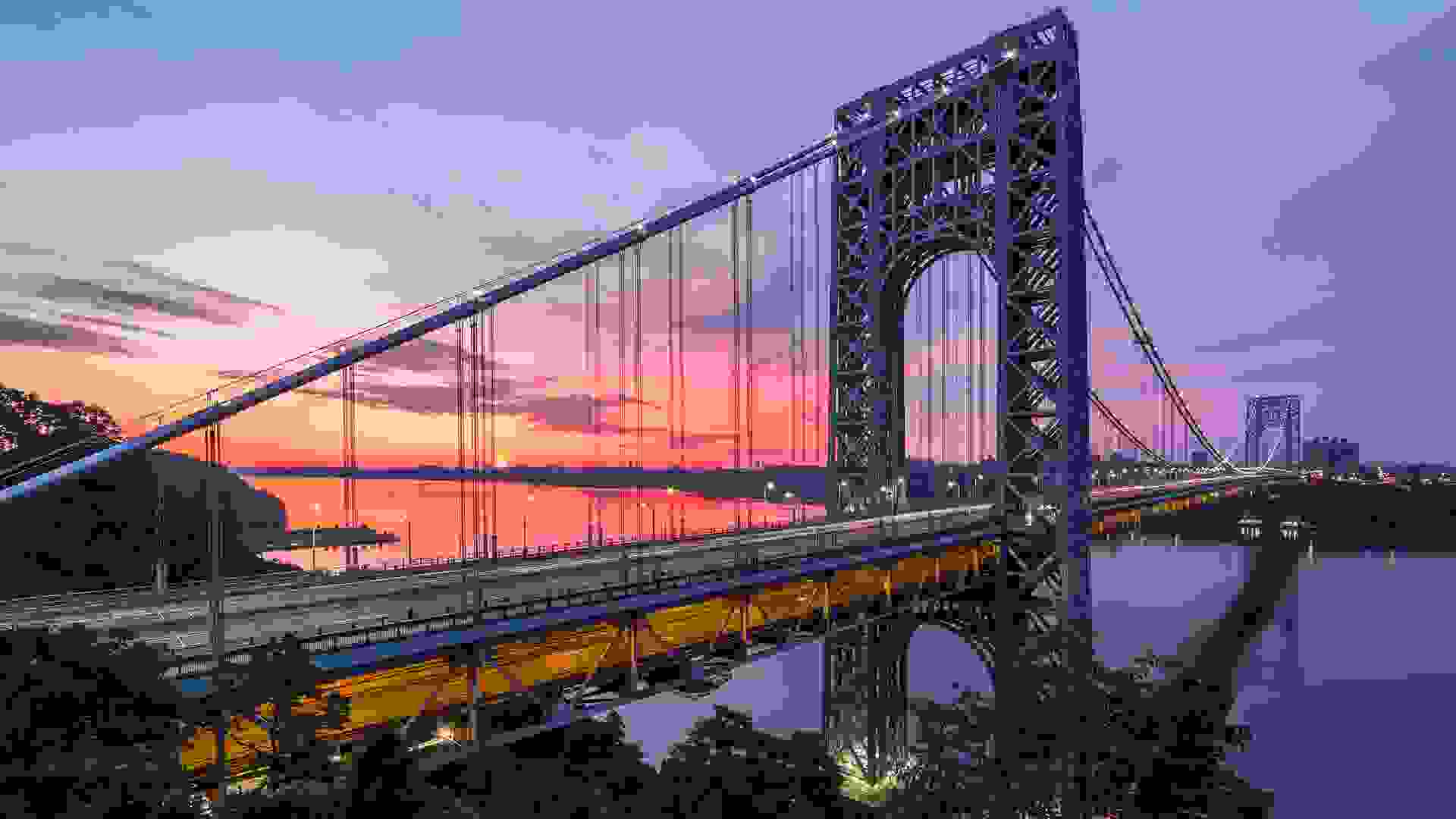 Designed by Swiss-born architect and engineer Othmar Ammann and built in 1931, at the time of its opening the 4,760-foot bridge was twice as long as any suspension bridge that came before it, and is considered a historical icon.

The physical construction itself is considered “a marvel of engineering,” with a unique single-strand wrapping process, according to New Jersey’s Port Authority.

The Port Authority also added a lower level to the bridge that opened for use in 1962, and a bus station that opened in 1963.

At peak hours, for the average two-axle vehicle and motorcycle, it costs $13.75 one way to cross the bridge, but E-ZPass members can get that toll down to $11.75. 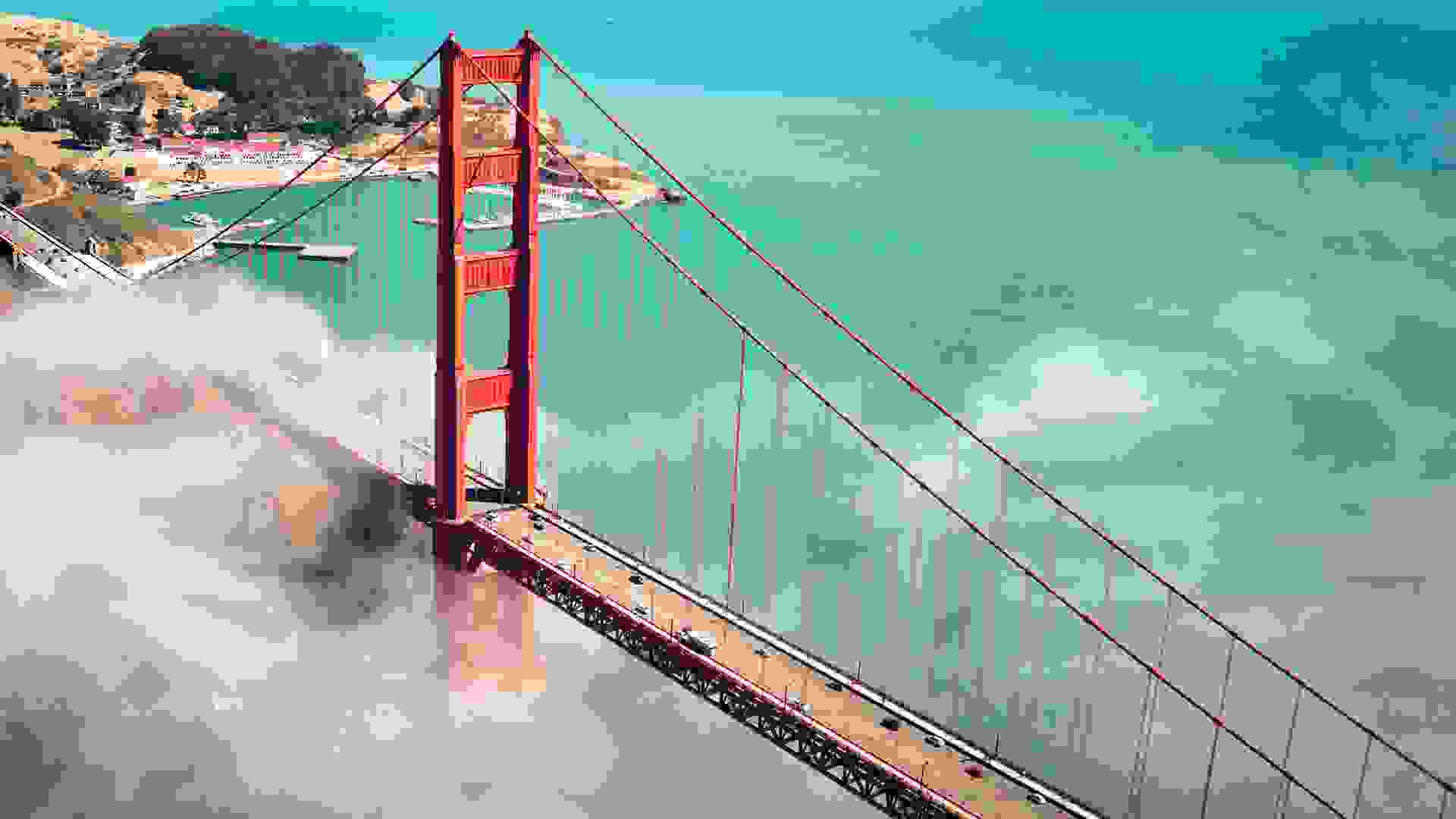 The suspension bridge spans 1.2 miles across, its towers stand 746 feet above the water and it is 90 feet wide. It weighs 840 million pounds, which is heavier than the Empire State Building. The bridge has walking and biking paths for tourists and outdoorsy types to experience its majesty up close.

For non-regular drivers in two-axle vehicles and motorcycles, the one-way fee to traverse the bridge is $8.60, or $8.05 as a FasTrak member. 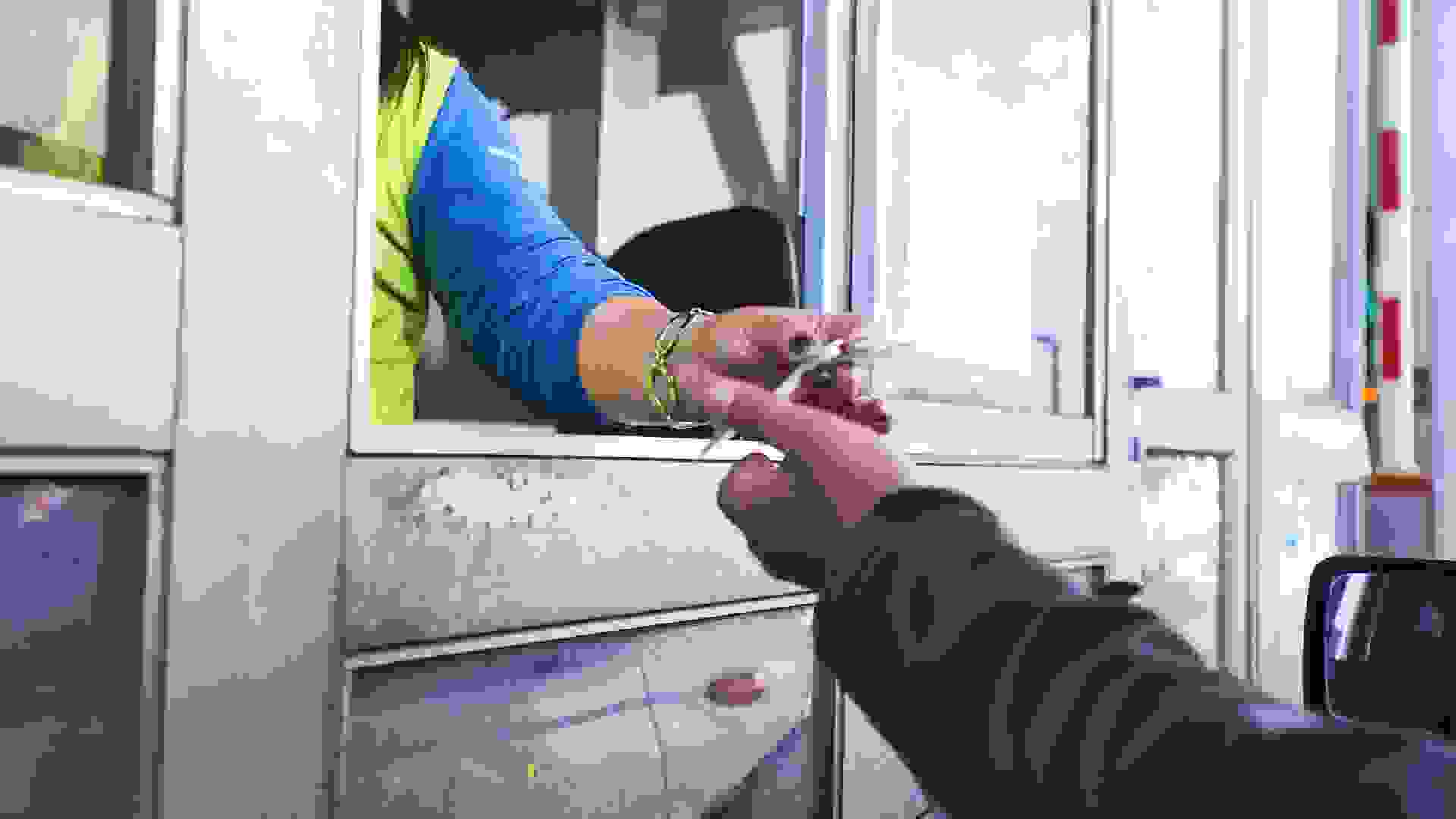 The Tacoma Narrows Bridge in Tacoma, Washington, is one of a few that has the unfortunate history of having collapsed — just four months after it was completed in 1940. Dubbed “Galloping Gertie” in response to the way it swayed and buckled under windy conditions, its failure had to do with a lack of understanding about aerodynamics at the time, according to Brittanica. Fortunately, no lives were lost, and engineers were able to take what they learned from the failure to rebuild the bridge, which spans the narrows of the Puget Sound, connecting the Olympic Peninsula with Washington state.

No matter which bridge you’re driving on, for the average two-axle vehicle and motorcycle, it costs $6.25 going one way unless you have a “Good to Go!” pass, which brings the cost down to $5.25 one way. 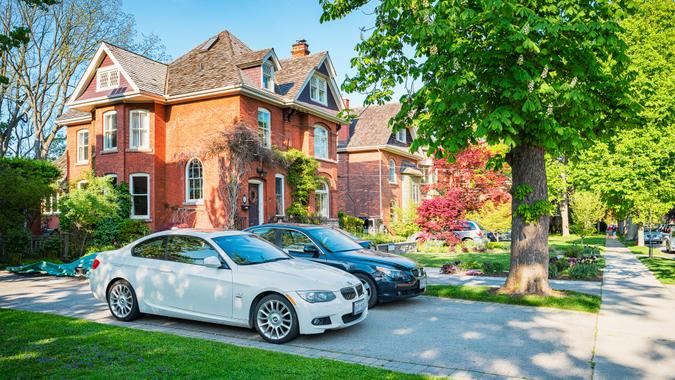 See how much it takes to be in the richest 5% in each state.

> Money > Economy > The 5 Most Expensive Toll Bridges in the US