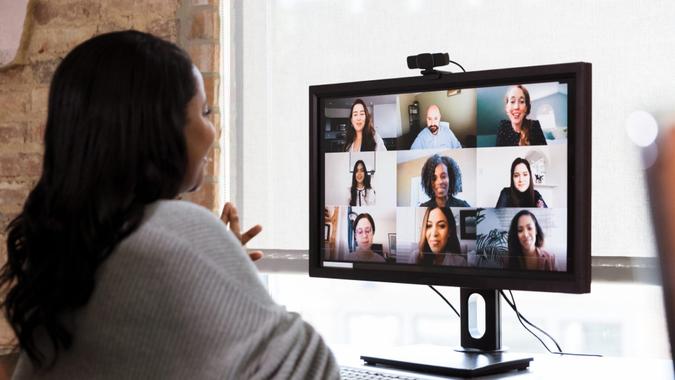 The 2020 gender pay gap has remained unchanged from the previous year. Bloomberg reported that as women left the workforce during the height of the coronavirus pandemic, those who remained made 84% of what men earned. Based on that number, women in the U.S. would have to work an additional 42 days to earn as much as men did, according to a Pew Research Center report released Tuesday, which analyzed median hourly earnings for full- and part-time workers.

See: This is How Much Less Mothers, Including Frontline Workers, Are Paid Than Fathers
Find: Universal Childcare Would Boost Women’s Earnings by $130 Billion

Bloomberg remarked that the pandemic also cost women around the globe an estimated $800 billion in lost income in 2020, according to Gabriela Bucher, Executive Director of Oxfam International, a charity non-profit organization.

Pew noted that women ages 25 to 34 earned 93 cents for every dollar a man in the same age group earned on average, while all women ages 16 and older earned 84 cents.

Other factors hurting women’s earnings include the lack of paid family leave, bias against mothers for taking time off and the ” chores gap,” reports Bloomberg.

See: Here’s How Much Men vs. Women Earn at Every Age
Find: Why You Should Consider Putting ‘Mother’ on Your Resume

Using data from Pew surveys, Bloomberg also noted that women are nearly twice as likely as men to say taking time off after birth or adoption had a negative influence on their job. Plus, mothers with children under the age of 18 were more likely than fathers to say they needed to reduce work hours, felt like they couldn’t give full effort at work and turned down a promotion due to balancing work and parenting responsibilities.

With more children returning to school, the gender wage gap should improve, according to a paper from the National Bureau of Economic Research, reported Bloomberg. In the long-term, changes in societal norms, plus remote and hybrid workspaces should also contribute to closing the wage gap, but the change will still take years, according to researchers.