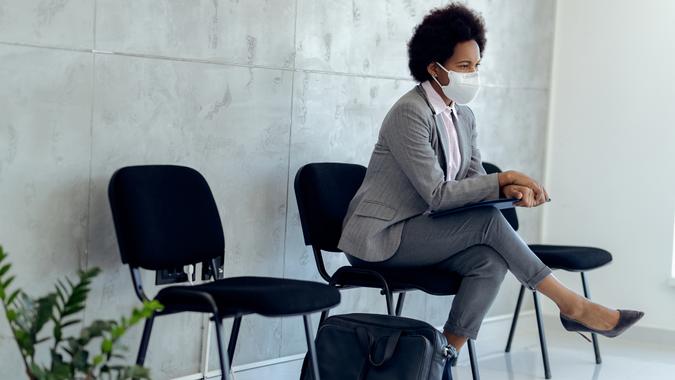 The 4-week moving average, which smooths out volatility and gives a better picture of the overall environment, was actually revised upward by 2,000.  The 2-week moving average was pegged at 204,500, an increase of 4,750 claims from the previous week’s revised average.

The numbers represent a second straight week of increases which follow behind several weeks of consecutive decreases and potential positive outlooks for the economy.

The new claims came in above analyst estimates of 195,000, CNBC reports. While jobless claims have been slowly increasing, they remain comparatively low. This may seem a promising outlook for the job market, but uncertainty still reigns in the face of the new coronavirus variant that is currently ripping through the globe with speed not seen before in other COVID-19 mutations.

Jobless Claims, Attrition, and Employee Retention in the COVID-19 Era

Jobless claims are only a piece of the overall economic outlook puzzle. Often, jobless claims can be a better representation of the trendline for attrition, as jobless claims show the amount of people who have filed for unemployment insurance in a particular time frame. The currently low level of claims could simply represent that employers have begun doing a better job holding on to their employees as of late.

In fact, one of the most historically tight labor markets in history could have been the impetus for employers to take drastic action in order to retain their workers. Some companies have raised low-level salaries far above minimum wage, and others have offered extras like iPhones — and even paid tuition for workers — to convince existing staff to remain with them, or new hires to come work for them.

Friday’s jobs report will add to the overall employment outlook, illustrating how many new positions were added in the previous month.

Learn: Is Unemployment Compensation Going To Be Tax-Free For 2021?
Explore: Stimulus Checks in 2022? How Omicron Could Prompt Discussions for Further Relief Payments

The Department of Labor adds that the 4-week moving average for insured unemployment was 1,798,750, a decrease of 61,250 from the previous week’s revised average and the lowest level for this average since March 14, 2020.

The mixed bag of employment numbers comes during a time where there is strong employment and jobs are relatively easy to find — coupled with a remaining uncertainty surrounding the pandemic.