Minimum Wage in Texas: What You Need To Know in 2022 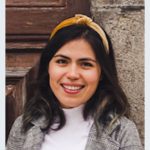 More and more U.S. states are passing bills to set their own minimum wage laws and help their inhabitants live more comfortably. However, many states still follow the federal standard — including Texas. As of 2022, the Lone Star State is one of the U.S. states that still pays its citizens $7.25 an hour as provided by federal law.

What Is the Current Minimum Wage in Texas?

They say everything’s bigger in Texas, but that statement doesn’t seem to apply to a minimum wage worker’s paychecks. Wages stagnated during the pandemic, and the outlook looks to be the same for 2022. In fact, the minimum wage in Texas hasn’t changed in over a decade.

The minimum wage in Texas, which applies to covered, nonexempt minimum wage workers, is only $7.25 per hour. Yet according to a living wage calculator developed by researchers at the Massachusetts Institute of Technology, the average single adult with no dependents needs to make at least $16.41 to survive within acceptable living standards.

A pay raise for minimum wage workers in the Lone Star State is long overdue. Still, only major cities like Houston and Austin have passed bills to give municipal workers a competitive living wage.

Why Increase the Minimum Wage in Texas?

Raising the minimum wage in Texas has its pros and cons. On the one hand, it would increase the cost of hiring workers and could burden small businesses, causing a possible growth in unemployment rates down the line. On the other hand, it could boost employment under specific circumstances.

Giving minimum wage workers a higher income could lift some individuals and their families out of poverty. Additionally, a bigger paycheck could better motivate employees and raise their participation in the employment market.

Why Does the Minimum Wage Exist?

The minimum wage in the U.S. was created in 1938 to set a base standard of living for American citizens. Since then, its primary purpose has been to safeguard the well-being and health of employees and provide the lowest-paid segment of the national workforce with financial security and stability. Today, having a base minimum wage protects workers from abusive and exploitative employers and shady employment practices.

Lawmakers across the country have slowly realized the need to increase the minimum wage to generate more financial security among their citizens. According to the National Conference of State Legislatures, the states and district that have already implemented a minimum wage above the federal standard are:

As of 2022, only California and the District of Columbia have reached a threshold of $15 per hour. However, places like New York, Massachusetts, Maryland, Illinois, Delaware and Connecticut have already fueled initiatives to follow suit within the next few years.

What Is the Cost of Living in Texas?

The cost of living refers to the amount of money a resident of a particular place needs to cover their essential expenses during a specific period of time, as noted by Investopedia. According to the living wage calculator on the MIT website, today, the average annual expenses for a single person with no children in Texas are as follows:

Minimum wage workers in Texas are paid different rates. Here’s a look at the primary minimum wage tiers in this state.

Because Texas doesn’t have a state-specific minimum wage, it adopts the current federal rate of $7.25 per hour with a few exceptions. According to the law, however, Texas minimum wage workers can negotiate a higher amount with their employers.

According to federal law, people under 20 should receive at least $4.25 per hour for the first 90 consecutive days they’re employed. After the training period, they should receive the full standard minimum wage.

Employees who receive more than $30 in gratuities every month must get paid at least $2.13 an hour, as tips are considered part of the federal minimum wage. The total amount of monthly tips plus the received direct wage must equal at least $7.25 per hour, and employees are entitled to retain all of their tips.

What Is the Texas Minimum Wage Act?

Texas has rules and regulations in place to ensure that employers comply with the federal minimum wage law. The Texas Minimum Wage Act sets the minimum wage for nonexempt workers, requires employers to provide employees with a written statement that shows all information about their pay, regulates minimum wage exemptions and more.

Daniela Rivera is a bilingual freelance content creator with an advertising and media background. She has a degree in Communication Science and over 10 years of work experience as a copywriter. She specializes in generating engaging and creative concepts and texts for advertising, e-commerce, blogs, podcasts and social media.
Learn More