Oil Breaks $100 Mark as Russia Invades Ukraine — What Does That Mean for Biden’s Promise on Gas Prices? 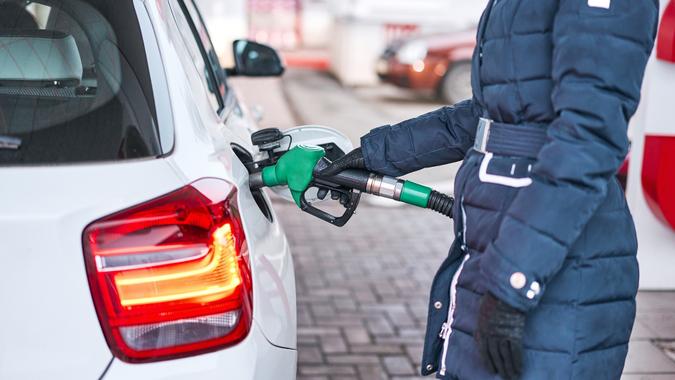 In a bid to keep gas prices under control for American consumers and the transportation industry, President Joe Biden made a vow to use “every tool at our disposal” to limit gas price hikes, CNN reported. In a press briefing, he said the White House is “closely monitoring energy supplies for any disruption,” and “executing a plan in coordination with major oil producing consumers and producers toward a collective investment to secure stability and global energy supply.”

See: Gas Prices: How Filling Up on Specific Days Could Save You $100 Annually
Find: California Gas Prices Hit $4.72 — Will They Continue to $5 a Gallon and for How Long?

The president noted these actions are designed to “blunt gas prices.”

However, as Russia invaded Ukraine on Feb. 24 in what Reuters called “the biggest attack by one state against another in Europe since World War Two,” oil prices spiked. The international benchmark Brent crude hit $104.69 per barrel, exceeding the $100 mark for the first time since 2014, CNBC reported.

Earlier this week, the U.S., Canada, Britain, the European Union, Australia and Japan — among other countries — imposed the first wave of sanctions against banks and high net worth individuals in Russia. Additional sanctions are expected soon, but some analysts believe said sanctions will not influence energy transactions, and may constitute an ineffective effort to stabilize prices. The International Energy Agency told CNBC earlier this week that member countries were on standby to “act collectively to ensure that global oil markets are adequately supplied.”

Analysts note that, due to the uncertainty in Europe, oil markets are likely to remain volatile and prices could remain elevated for months. However, in spite of increased prices, some analysts say we are unlikely to see supply disruption in the U.S., noting that Western countries are not likely to impose sanctions on oil flows. “We’re not likely to see the supply side of things interrupted, even though everything else is escalating,” Matthew Smith, lead oil analyst for the Americas at Kpler, told CNBC.