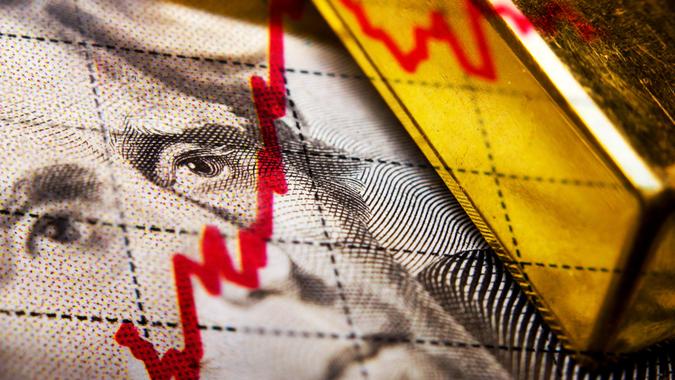 A former high-ranking official at the Federal Reserve said the likelihood of a recession in the United States is “very, very high,” though it might be a mild one that doesn’t hit until 2023.

See: How To Get Rich With a Normal Job
Find: 6 Bad Habits That Hike Up Your Grocery Bill

In an interview with CNBC, former Fed vice chair Roger Ferguson said that a recession is “almost inevitable.” His comments came ahead of the central bank’s expected announcement on May 4 that it will raise the benchmark interest rate by a half-percentage point.

“It’s a witch’s brew, and the probability of a recession I think is unfortunately very, very high,” Ferguson said, citing uncertainty about whether the Fed can tame inflation through a series of interest-rate hikes this year.

Ferguson added that he expects the recession to hit in 2023 and hopes it “will be a mild one.” He’s part of a growing chorus of economists to signal that the U.S. economy could be headed for a recession amid an environment of historically high inflation.

As GOBankingRates previously reported, economists at Deutsche Bank recently sent a note to clients saying it would take a “deep recession” to meet the Fed’s goal of bringing inflation down to 2% from its most recent rate of 8.5% — the highest in 40 years. The theory here is that the central bank will have to raise rates so aggressively that the economy will be badly damaged in the process.

There have been some worrying signs that U.S. economic growth is already slowing. A couple of them were included in a Monday report from the Institute for Supply Management (ISM).

The ISM Manufacturing Index for April decreased to 55.4 from 57.1 in March — a sign that while the sector is still growing, growth has slowed (any reading above 50 reflects expansion, and any reading below 50 reflects contraction). The ISM Employment Index for April stood at 50.9, which means hiring slowed to a near crawl.

Meanwhile, the U.S. GDP decreased at an annual rate of 1.4% in the first quarter of 2022, the Bureau of Economic Analysis (BEA) said last week. The reading was well below Dow Jones’ estimate for a 1% gain and also well below the previous quarter’s 6.9% increase.