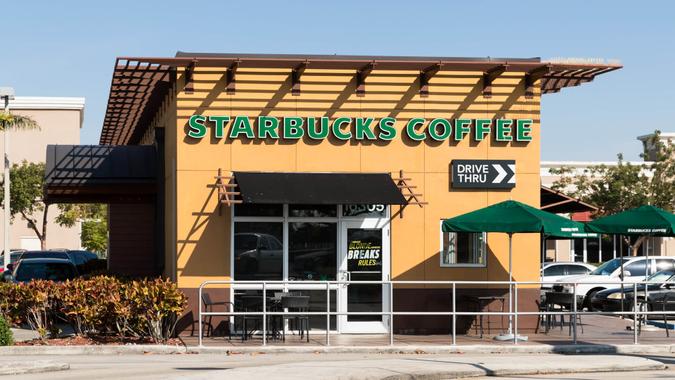 Starbucks and Costco both announced this week that they would raise employees’ wages. The announcements follow similar recent ones from big companies, including Amazon, and come amid a tight labor market and an employee shortage in the country.

See: Costco, Amazon and 16 Other Companies That Raised Their Minimum Wage to $15 (or More)
Find: How to Refinance a Mortgage

Starbucks said it will ensure all partners earn at least $15 per hour in the summer of 2022. In addition, effective in late January 2022, partners with two or more years of service could receive up to a 5% raise, and partners with five or more years could receive up to a 10% raise, according to a release. Additionally, in summer 2022, average pay for all U.S. hourly partners will be nearly $17 per hour, according to the release.

Barista hourly rates will range from $15 to $23 per hour, based on market and tenure, across the country, next summer.

The company also said it added recruiting specialists across all U.S. markets and is extending its $200 referral bonuses to help attract new talent.

As for Costco, it told employees last week that it would increase its minimum wage to $17 from $16 an hour starting this week, according to CNN. Costco has around 180,000 U.S. employees, and 90% of them work hourly.

See: 22 Companies That Hire at $15 an Hour
Find: The Best & Worst Cities for Living Off the Proposed $15 Minimum Wage

“These increases are part of Costco’s continuing efforts to ensure our hourly wages remain extremely competitive in the retail industry,” Costco CEO Craig Jelinek said in a memo to employees, according to CNN.

In September, Amazon announced that it would hire 125,000 employees throughout the U.S., with an average starting pay of more than $18 per hour and sign-on bonuses up to $3,000 in select locations.