Stimulus Alert: Californians Still Waiting on $600 Checks May Be in Luck as Last Batch Ships 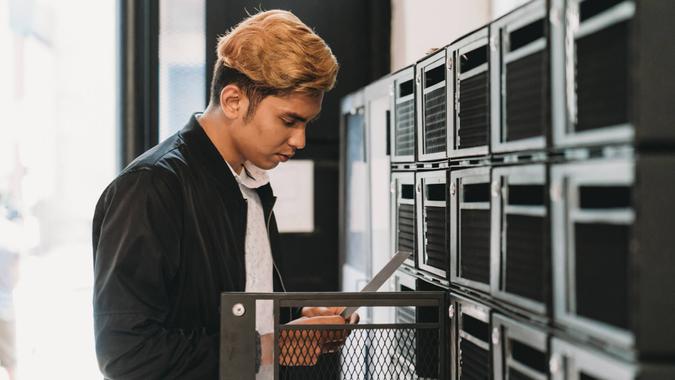 Californians were sent the last round of stimulus checks this week, concluding a program that has provided billions of dollars of relief to eligible households in the Golden State.

The final batch of $600 payments were sent out on Tuesday, Jan. 11. This round, which began in late December, included about 180,000 payments valued at roughly $127 million, according to the California Franchise Tax Board.

The Golden State Stimulus II program has now issued around 8.2 million checks and direct deposits over the last several months, valued at just more than $5.9 billion. The program is part of Gov. Gavin Newsom’s pandemic recovery plan, which is separate from federal stimulus programs that were also designed to help families hurt by the COVID-19 pandemic.

The $600 payments in California were mainly sent to residents who earn less than $75,000 in adjusted gross income. Eligible households also got an additional $500 for dependents.

Most of the early payments were distributed by direct deposit for residents who filed their 2020 taxes electronically and provided a bank account. But some eligible recipients never got the direct deposits.

Officials from the Franchise Tax Board told the Santa Rosa Press-Democrat that the board “continues to work through a relatively small number of tax returns” that need additional processing to ensure eligibility. An unknown number of Individual Tax Taxpayer Identification Number (ITIN) filers have until February 15, 2022 to file their state returns to be eligible for the stimulus payments. The board said these filers didn’t previously have an ITIN but applied for one by the Oct. 15, 2021 tax filing deadline.

Not everyone qualified for the California stimulus payments. Those who were not eligible included residents whose income is solely derived from benefits such as Supplemental Security Income, State Supplementary Payments, the Cash Assistance Program for Immigrants, Social Security, CalWorks, unemployment benefits, state disability insurance (SDI) and VA disability.

Learn: The Effect of Stimulus and Increased Unemployment Payments on the Economy in 2022
Explore: Powell Tells Senate the Fed Will Fight Inflation With ‘Normalized’ Policy, Massive Stimulus No Longer Needed

Anyone seeking more information, or to get an estimate of their California stimulus payments, should visit the Franchise Tax Board website.