A dozen Senate Republicans broke ranks with their party to vote to approve the resolution blocking the use of emergency powers to shift funds to the construction of barriers along the southern border. The House had already passed the resolution on Feb. 26, just over two weeks before the floor vote on the bill that occurred on March 14. The rebuke from Senate Republicans did fall short of the 67-vote threshold that would be necessary to override the veto of the legislation that Trump has promised.

Long before the 2016 presidential election, Trump advocated for a massive border wall between the U.S. and Mexico. The main purpose of the wall’s construction is to stem undocumented, illegal immigration of Mexican citizens to the U.S. Since his election, Trump’s push for a border wall eventually led to a partial government shutdown that lasted for 35 days in December 2018 and January 2019. Find out how much Trump’s border plans might cost you.

The Real Cost of Trump’s Border Wall on Your Wallet

Trump claimed that the cost would only amount to $12 billion. But even that amount isn’t that low when compared with the $2.3 billion spent on physical barriers for the entire period between fiscal years 2007 to 2015. Plus, an internal report by the Department of Homeland Security estimated the cost of the wall to be much higher at about $21.6 billion, and even that could be an underestimation, according to the Brookings Institution.

The DHS report didn’t provide enough comprehensive analysis to convey the true cost of the wall and its inefficiency, according to a report by the Government Accountability Office, which will ultimately cost the American taxpayer.

Here’s a breakdown of construction cost estimates according to various sources:

Besides the cost of the physical construction of the wall, there also is all the paperwork. For example, there are legal fees that must be paid in order to acquire the land where the wall is going to be constructed. Even after acquisition, the U.S. government still has to compensate the former owner, which will raise the total bill on the construction of the border wall.

See: How President Trump’s Tax Rate Stacks Up Against His Predecessors’

Then there is the economic cost of the wall beyond the immediate acquisition of land, legal fees and construction. Mexico is America’s third-largest trading partner. Foreign-born workers in the U.S. account for about 16 percent of the labor force as of August 2017, and they frequently work in key domestic businesses like automotive manufacturing. In addition, foreign-born workers still actually contribute to the U.S. Social Security fund. In 2010, according to the Brookings Institution, undocumented workers contributed $13 billion to Social Security.

At this point, the exact cost of the proposed wall for U.S. taxpayers is unknown, but there are tangible hints at the price. For instance, according to CNN, eight prototype walls have been constructed as of May 2018, with a cost between $300,000 and $500,000 each. The people footing the bill to protect the prototypes, San Diego taxpayers, have shelled out at least about $2.3 million to support the cost.

Read: Trump’s Tax Reform — How All the New Laws Will Affect Your Taxes

A more speculative calculation can be conducted based on previous news estimates. For example, according to the Committee for a Responsible Federal Budget, if the cost of the wall were a projected $15 billion, it’d cost about $120 per household based on Census data of U.S. households as of January 2017. Now, based on that ratio and a projected cost of $22 billion, as the DHS suggests, that would work out to $176 per household. The highest projected estimate, $70 billion, would cost American households about $560 in tax dollars.

Find out how American finances have changed in the two years Trump’s been in office. 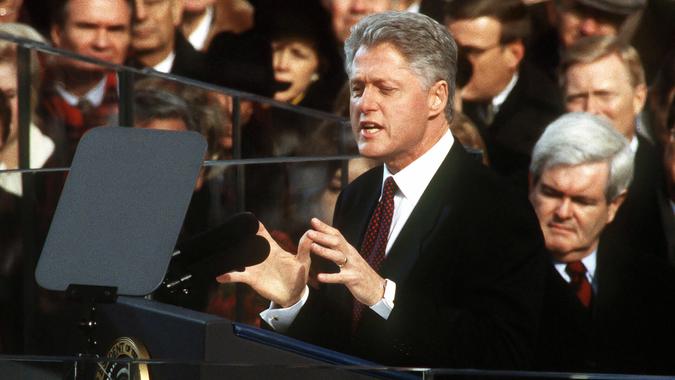 The Best and Worst Decades for America’s Money

The American economy has a long and storied history.