President Donald Trump was taxed at a rate of 25.3 percent, according to newly released federal tax documents from 2005. Trump reported an income of $153 million and paid $38 million in federal taxes. The documents also show he wrote off more than $100 million in business losses.

A majority of his tax rate is attributed to the alternative minimum tax (AMT). The AMT applies to taxpayers with high income by setting a limit on certain tax benefits, according to the IRS. Taxpayers with an average similar annual income to President Trump pay a tax rate of 22.5 percent.

Wondering how Trump stacks up to his predecessors and past presidential candidates? Here’s a look at how they compare.

President Barack Obama, who has a net worth of $12.2 million and growing due to post-presidential book deals and speaking engagements, reported an income of $436,065 while still in the White House in 2016. The Obamas paid $81,472 in taxes at a rate of 18.7 percent, in addition to donating more than $64,000 to charities.

Prior to taking office in 2008, he and Michelle Obama reported an income of $4.1 million. They paid $1.4 million in federal income tax at a rate of 33.7 percent.

Hillary and Bill Clinton reported an income of $10.6 million in 2015, according to tax filings released by the Clinton-Kaine campaign on the 2016 campaign trail. The couple fell into the federal tax rate bracket of 34.2 percent, paying approximately $3.6 million in taxes.

The tax rate for 2016 Presidential candidate Bernie Sanders and his wife for 2015 was 13.5 percent. The Vermont senator reported an income of slightly more than $200,000, paying $27,653 in federal income taxes. A majority of their income was from Sanders’ $174,000 annual salary as a senator.

The average American had a gross income of $71,258 in 2015, according to the most recent information from the IRS. That translates into the average taxpayer paying about $9,600 in federal income tax at a rate of 13.5 percent. That rate includes more than 50 million tax returns in which Americans did not owe any taxes.

Next: 10 Tax Loopholes That Could Save You Thousands 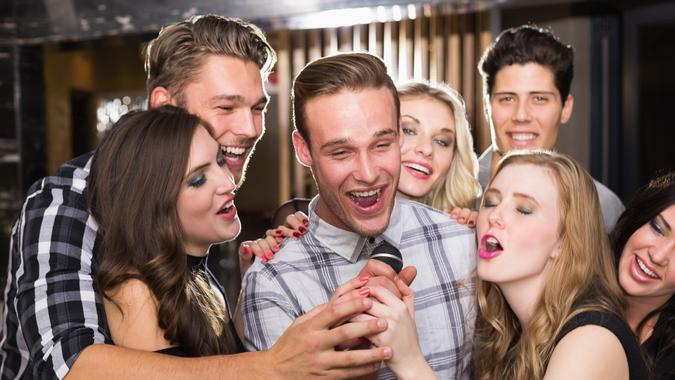 Unbelievable Things Americans Would Do to Get Out of Paying Taxes

A recent survey finds some Americans are willing to go to the extreme if it means not paying taxes.