What Is the $130 Billion Rebuild America’s Schools Act and How Could It Impact You? 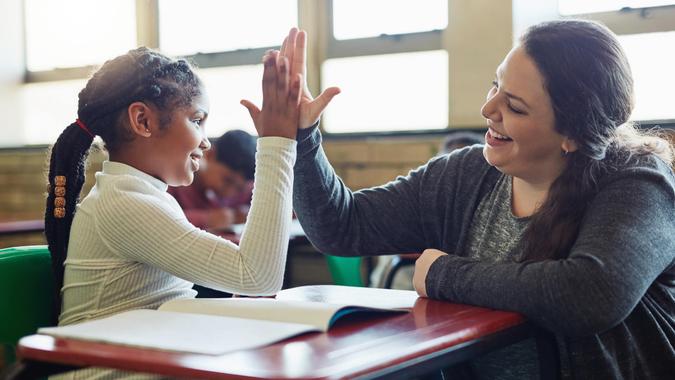 With various states passing increased budgets for public schools, Democrats in the federal government are also showing support for learning in a post-pandemic era. The Rebuild America’s Schools Act, a partisan bill, was moved forward by the House of Representatives Education and Labor Committee by a vote of 27 — 19, according to a press release from the Democratic Press Office.

Discover: 7 Best Side Gigs To Earn an Extra $1,000 a Month
More: 20 Best Places To Live on Only a Social Security Check

The Rebuild America’s Schools Act focuses on improving the infrastructure in K-12 environments. A June 2020 report from the Government Accountability Office found that 54% of school districts across the country need to replace, or update, major systems in more than half their buildings.

Roughly 40% of all districts need to update or replace Heating, Ventilation, and Air Conditioning (HVAC) systems in at least half their school buildings. Older, inefficient HVAC systems can lead to respiratory conditions and an uncomfortable learning environment. School buildings that lack air conditioning or efficient heating — and can’t regulate the temperature well during extremely hot or cold days — can lead to distraction for students. Such conditions constitute a barrier to teaching and learning, according to the fact sheet issued by the committee and chair Robert C. Scott.

In addition, many public schools are plagued with problems of asbestos, contaminated water, and mold, which can also create unsafe working and learning conditions.

According to the fact sheet, the bill would invest $100 billion in grants and $30 billion in bond authority. These funds target high-poverty school districts where the buildings pose health and safety risks to students and staff. The money would also help expand access to high-speed broadband internet.

“While the American Rescue Plan delivered investments to help schools reopen safely, keep them open safely, and make up for lost learning time, research shows that our K-12 schools still need additional and sustained investments to deliver healthy, safe, and efficient school facilities for all. The Rebuild America School’s Act would deliver on that goal,” Scott said in the news release.

The funding would come partly from grants and partly via tax credit bonds, a type of debt financing that was eliminated under former President Donald Trump.

However, many experts don’t see the legislation passing, especially without any Republican support and with mid-term elections approaching.

“I can’t foresee any type of dynamic that develops in the coming months that makes something like this a potential reality,” Tom Kozlik, head of municipal research and analytics at Hilltop Securities, told Bloomberg.