What Should Americans Expect With Inflation in the Coming Months and Years? 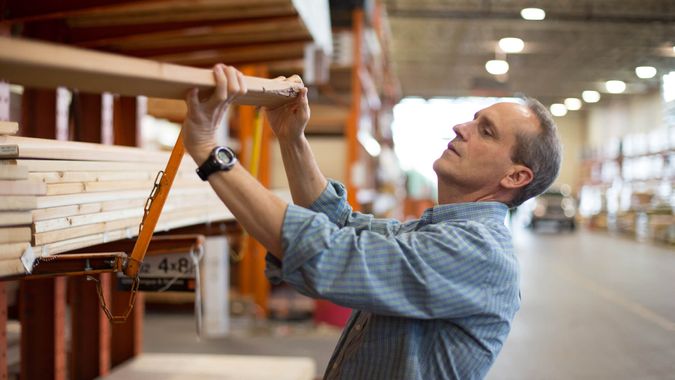 As the country and the world reopen, one worrisome side effect of all that economic growth is the potential for inflation. That’s when all the stuff you buy suddenly starts costing more than it used to — and whether you’ve noticed it or not, it’s already happening.

The Economy and Your Money: All You Need To Know
Related: What Is Inflation and What Does It Mean When It Goes Up or Down?

“Prices have already risen as seen in the 0.8% jump in the Consumer Price Index (CPI) in the 12 months through April,” said Mary Ellen McGonagle, senior managing director of stocks for Simpler Trading. “This was the largest jump in nearly 12 years.”

So, What’s Getting More Expensive?

If you’re on the hunt for higher price tags, you won’t have to look far.

“Prices increased across a wide variety of areas, including electronics and services,” McGonagle said. “One of the largest jumps was in travel-related items such as airline tickets and hotel rooms, as well as auto rentals, which increased an average of 10%.”

Tips: How Should Your Budget Change With Increasing Inflation?

In these specific sectors, at least, the pain is likely to linger.

“Further increases are likely in these tourism categories as the U.S. continues to reopen,” McGonagle said. “Much of the increase in prices is tied to the rapid reopening of the U.S. economy amid federal stimulus aid. Added to that are ongoing shortages of key materials due to pandemic-related supply disruptions that are driving up prices. Used cars have shot up in price as technology-related shortages are halting new auto manufacturing and pushing prices up there, as well.”

When it comes to rising prices, one segment of the economy stands out above all the rest — housing.

Find Out: 20 Ways to Pay Less at Costco

“One major impact of inflation has been and will continue to be on lower-cost housing,” said Dennis J. O’Keefe, CFP and owner of Successful Money Strategies, Inc. “Lumber prices have risen by four to five times in the last 15 months. Other building supplies are up 50%-80%. It is all but impossible to build a ‘starter’ home if that starter home costs the same as a mid-level home did in 2019. I don’t see this trend going away for at least a year or more.”

“The U.S. has a major issue — housing,” Jepsen said. “We need about 2 million new homes per year to combat the affordable housing situation, and with beetle infestations lowering the lumber supply, there’s no chance we’ll be able to catch up. The result will be that housing prices are going to continue climbing at an astronomical rate. You will want to buy a house now to ward off the effects of inflation.”

Prices Are Definitely Rising — the Question Is, for How Long?

He points to a popular theory that suggests there isn’t much to worry about — that rising prices are purely a short-term phenomenon.

“The explanation is that the current price bump is the result of supply shortages and other temporary, COVID-related difficulties,” Kearney said. “In short, the story is that inflation is the result of a surge in demand that’s just a couple of steps ahead of a matching surge in supply.”

Read: Why You Shouldn’t Worry About All Those Price Hikes in the News

If that theory is true, then inflation will subside when the supply-side logjam clears.

“These bottlenecks are why the Federal Reserve believes that the currently high inflation rates will ease over time and fade by next year,” McGonagle said. “I’m viewing inflation as being transitory unless we see increased labor shortages drive up wages and, hence, pricing.”

While the theory is plausible, it might also be wishful thinking.

Did You Know: What Income Level Is Considered Middle Class in Your State?

“That’s a comforting idea, but increasingly that appears to be just part of the story,” Kearney said. “There are troubling signs all around that perhaps this round of price hikes is structural, not temporary. Consumer price inflation just hit a 13-year high of 4.2%. The University of Michigan survey of consumer expectations in 2022 jumped to 4.6% in May from 2.5% in December. A survey of manufacturing purchasing agents reported that 89% are seeing prices up, versus 40% a year back. Gasoline, housing, used cars, computer chips, lumber, copper and gold prices are holding high.”

Inflation occurs when prices rise and the purchasing power of the dollar drops, but the supply of those dollars is what truly steers the ship.

“Inflation is simply too much money chasing too few goods,” Kearney said. “That is, inflation always comes from the Fed ramping up the money supply. In the 1970s, the peak money supply growth was 13% and consumer price inflation hit 15%. More recently, when the pandemic hit, the Federal Reserve began an unprecedented and open-ended policy of printing money, with a plan to keep printing in the coming months.”

Check Out: Are You Missing Out on Free Money? 80% of Americans Aren’t Taking Advantage of COVID Relief

The result is that the money supply is up by some 20% over the past year, Kearney added.

“The money supply is the oil that greases the wheel of commerce, so some growth is essential,” Kearney said. “But with the economy rebounding since Q3 2020 and set to take off, it is easy to see how this delivers an inflation rate higher than the notional 3% that the Fed seems to favor — perhaps much higher.”

According to Kearney, the National Association of Business Economists (NABE) just published its consensus for 2021 growth of 6.7%, the highest growth rate in more than 30 years. The best thing the government can do is stay out of its own way.

“With COVID restrictions being lifted nationwide, businesses of all stripes are reopening and the economy is roaring back to life,” Kearney said. “The main job of economic policymakers at all levels right now is just stay clear and, to lift a phrase, let the good times roll.”

Economy Explained: What Is the GDP – and What Does It Have to Do With You?

The last thing policymakers should do is create a solution in search of a problem. It’s very likely, keep in mind, that the current rise in prices is just a blip that will soon self-correct.

“Inflation has been dormant for decades and averaged about 2% per year for the past 25 years,” Kearney said. “Against that background, the NABE consensus forecast for 2021 inflation of 2.8% is just a modest uptick.”

Learn: Why Does the Consumer Price Index Matter?

In the end, the inflation trend is new and its outcome is uncertain.

“It is too early to predict a fast return to the double-digit inflation rates that we suffered in the 1970s,” Kearney said. “But it is time to question if this really is just a temporary shock that quickly fades or if the seeds of an inflation problem have been sown. Considering the Fed’s policy, the direction of expectations, and the economic rebound, we have the conditions to keep inflation moving higher.”